The best restaurant in the UK right now isn’t in London. It’s in Lancashire. That’s according to the Estrella Damm National Restaurant Awards 2019, which this week declared Moor Hall, just a 45-minute drive from Manchester, its restaurant of the year.

The restaurant isn’t short of accolades, having been awarded two Michelin stars within its first two years of opening. And within 24 hours of it being announced as the best in the country this week, it received over 1,000 inquiries about bookings.

The Grade II listed restaurant with rooms in Aughton near Ormskirk is overseen by chef-patron Mark Birchall and has built a strong reputation for its modern British cuisine, using produce grown on its five-acre estate where possible. 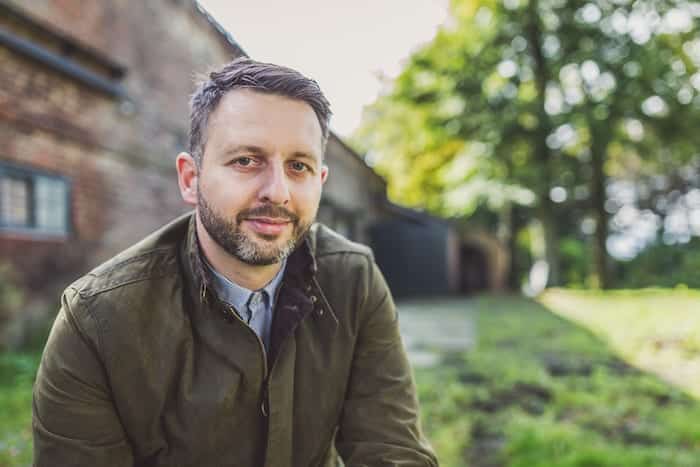 “As anyone that’s visited will tell you this is a restaurant run by a chef at the very top of his game,” the National Restaurant Awards tweeted about the win.

Having recently visited ourselves, we couldn’t agree more.

Mark made his name as executive chef at the two Michelin starred L’Enclume in Cartmel, Cumbria. So you’d be right to expect clever, creative and precise cooking at this restaurant in a historic 16th-century manor house. 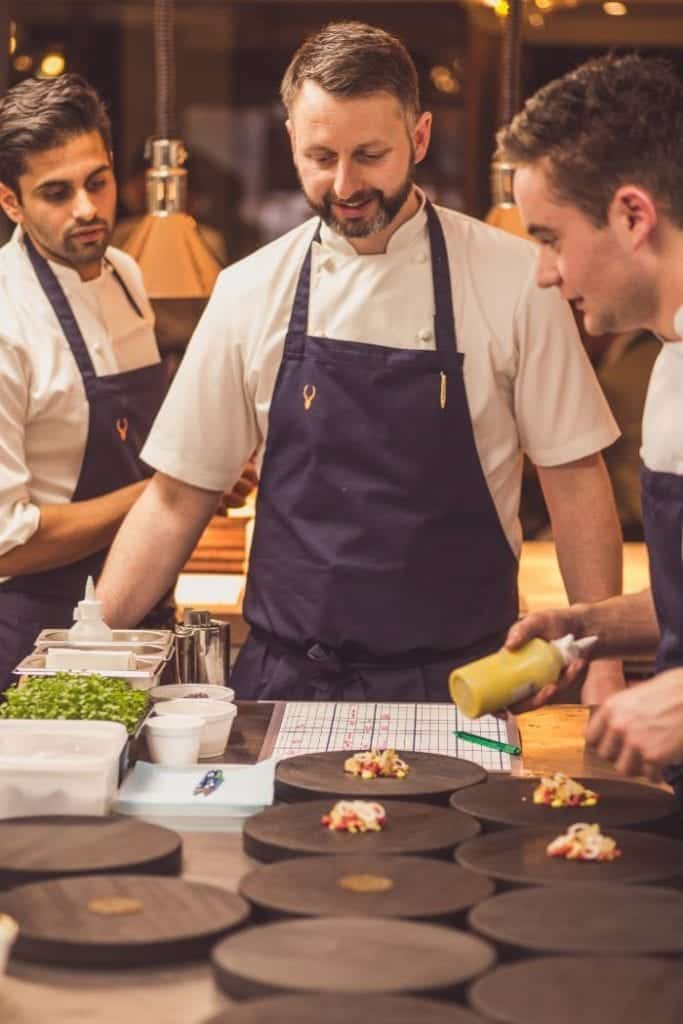 The culinary experience begins immediately, with a selection of snacks in the bar. Arrive half an hour early, they say, when they confirm your reservation. And this is why.

Charcuterie is cured in-house and expertly sliced in full view, thin fatty ribbons of melting porkiness and slivers of speckled salami as elegant as they come. Black pudding is homemade and formed into crisp bite-sized parcels with sharp gooseberry gel.

Smoked eel is impossibly pretty, a canapé bite in a nest of fried potato with fermented garlic and edible flowers. You’d cry style over substance until you put it in your mouth, then you realise it’s one of the most delicious things you’ve ever eaten. 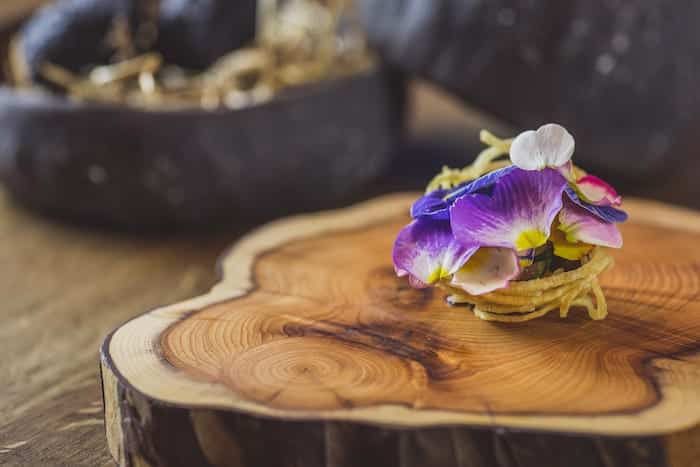 A four-course lunch starts from £65 per person, which is great value for a two-Michelin starred meal. Eight courses will set you back £125.

And we go in with sensible, non-greedy intentions, but the words “eight courses, please” slip helplessly from our mouths once we see the menu.

In for a penny, in for a hundred and twenty five pounds. 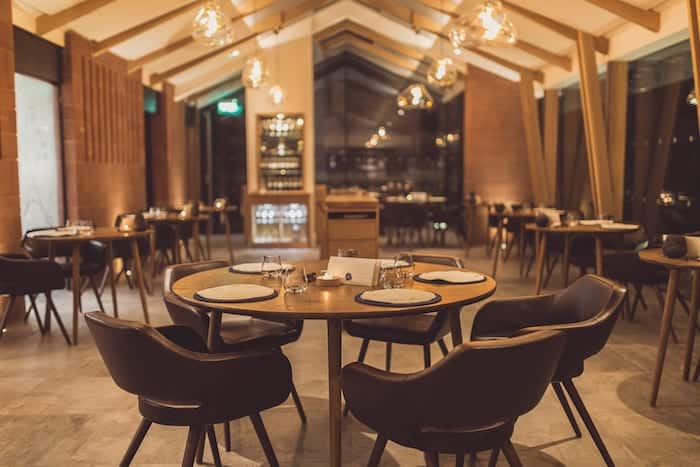 This is the kind of meal it’s worth saving up for. It’s got special occasion written all over it. It’s not like you’d eat like this every day. I didn’t really want a holiday this year anyway. We’re here now, may as well get the full experience. There are many ways to justify the cost, and it’s absolutely worth it.

The snacks set the tone for a flawless procession of beautifully presented dishes demonstrating impressive skill and attention to detail.

Take ‘baked carrots’, for instance. Sounds simple, even mundane. But wait. This multi-layered dish is clearly the product of a daunting collection of steps and processes. 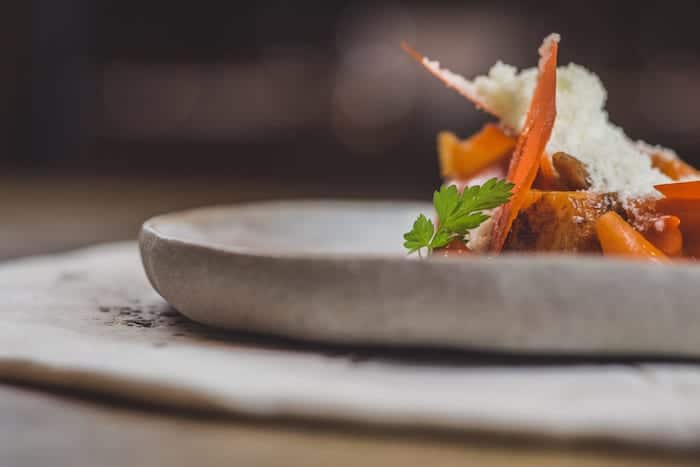 The carrots baked in butter and salt share the plate with ribbons of carrot, dehydrated to concentrate their flavour and then rehydrated with buckthorn juice. There are crisp carrot tuile shards, and dabs of intense, sweet carrot purée.

There’s a sea buckthorn dressing, a hazelnut pesto, and microleaves of chrysanthemum, carrot and purple chard.

And the whole dish is finished with Doddington cheese from Northumberland, which has been freeze-dried so it falls like snow onto the buttered carrot spikes at the table. It’s beautiful, yes, but good god the taste. Who knew the humble carrot could be elevated to such realms? 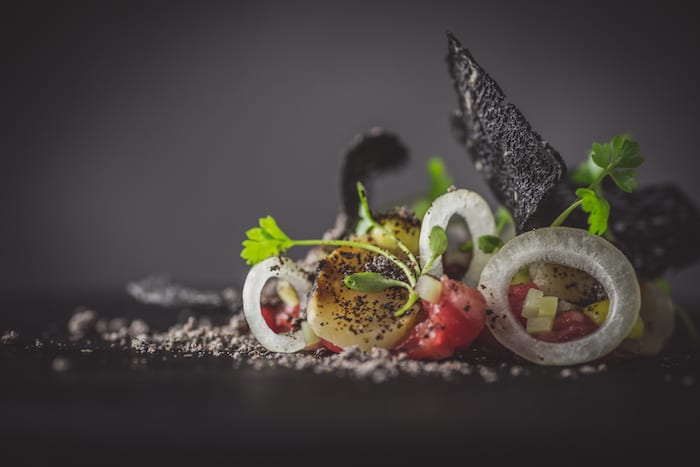 The sweetest of langoustine tails is paired with a precise miniature salad of vivid green asparagus and kohlrabi, while turbot is cooked on the bone garnished with meaty Hen of the Woods mushroom. 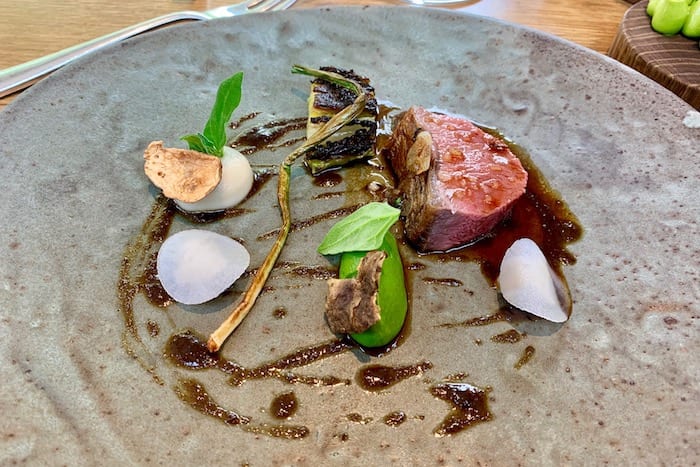 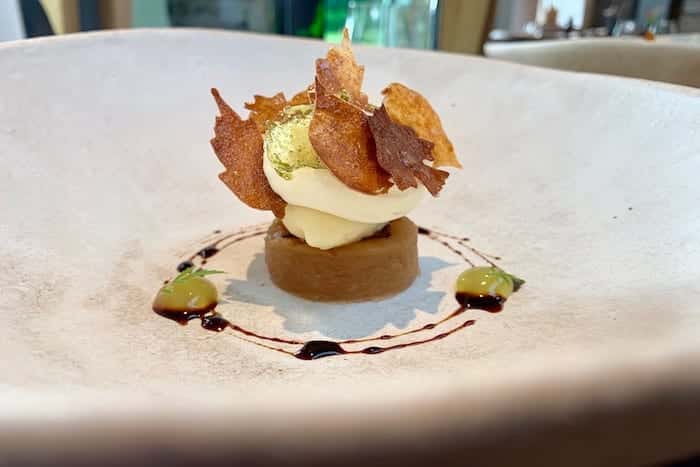 But don’t miss out on a visit to the cheese room.

No measly board or old fashioned trolley here, but rather a walk-in sensory overload where you can pick your own selection from the vast range. 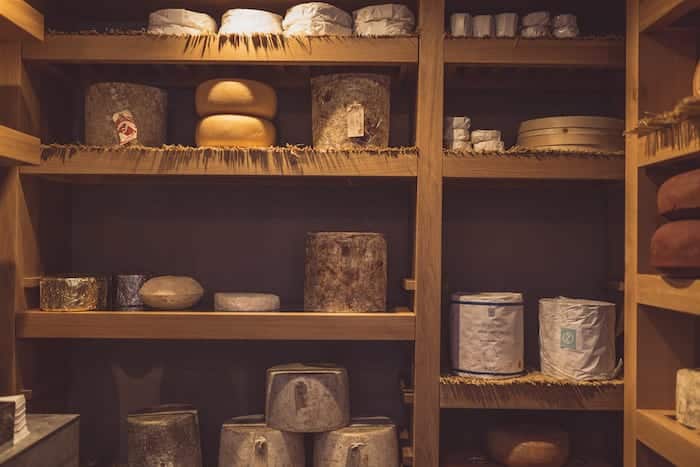 With spot-on wine pairings, friendly, relaxed service and a light modern dining room with panoramic views of the lawns and lake, it’s easy to see why Moor Hall is not just one of the best restaurants in the UK, but in the world.

And it’s right here on our doorstep. Not so grim up north, eh?