The UK Government is to invest £23 million in Mayfield – the mixed-use urban neighbourhood being created in the heart of Manchester, which includes the city centre’s first new public park in 100 years.

A beautifully-designed and safe urban oasis, Mayfield Park will be an oasis in the city centre, created along the rejuvenated banks of the River Medlock which winds through the 24-acre site next to Piccadilly Station.

Providing much needed green space, the park will also enable the delivery of the first phase of commercial development at Mayfield, which includes 320,000 sq ft of commercial space across two spectacular buildings.

The £23 million investment is being made from the Government’s Getting Building Fund, which is backing projects that will help to drive economic recovery from the COVID-19 crisis.

The £1.4bn regeneration of Mayfield is transforming a previously derelict part of Manchester’s industrial heritage into a distinctive neighbourhood. 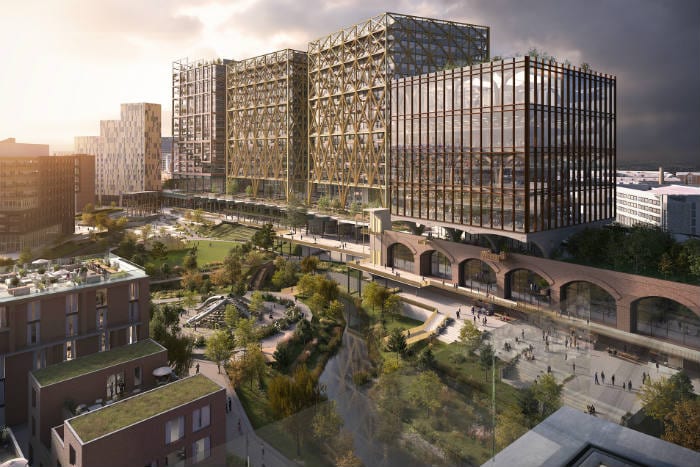 Over the next 10 years, Mayfield will provide 1,500 homes, 1.6m sq ft of commercial space and restaurants, bars, cafés, shops, cultural spaces and a hotel.

It is hoped that Mayfield will create opportunities for more than 10,000 office, retail, leisure jobs, in addition to over 630 FTE construction jobs, up to 2,500 supply chain roles and 25 apprenticeships annually.

In addition to the park, the investment will support the creation of between four and 6km of roads, cycleways and walkways across Mayfield.

The plans are being delivered by the public-private Mayfield Partnership, a joint venture of regeneration specialist U+I Plc and Manchester City Council, Transport for Greater Manchester and developer LCR.

“This investment recognises the catalytic economic and social contribution that Mayfield will make to the heart of one of the UK’s most progressive, competitive and open-minded cities,” says James Heather, development director at U+I.

“We’ve always believed that the public park will be among the most important things we deliver at Mayfield.

“The COVID-19 pandemic has thrown into focus just how important accessible public spaces are to our collective wellbeing and Mayfield Park will become a place of significant mental health benefits, reduced stress, improved activity and fitness levels – while fulfilling Manchester’s need for more green and pedestrianised areas.

“Mayfield is without doubt one of the most significant and best-connected strategic regeneration opportunities in the UK – a place of spectacular architecture and new jobs, growth and open space.

“We are thrilled that the Government shares our belief in the many benefits – economic, social and lifestyle – that it will deliver to the people of Manchester.” 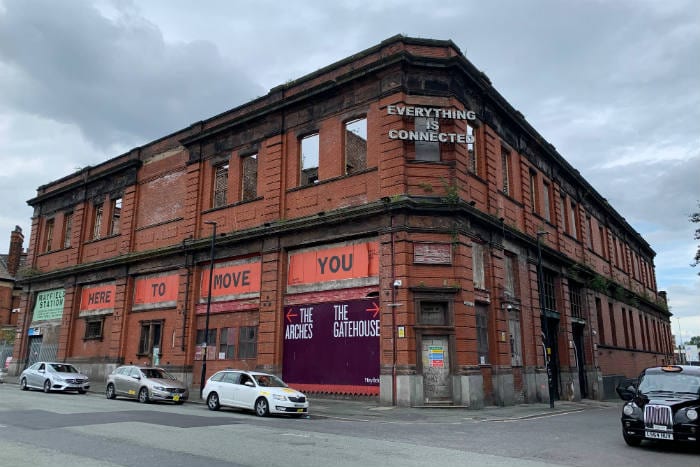 The park will sit alongside a range of historic buildings, including the landmark former station on Fairfield Street, which are being retained and redeveloped as part of the wider regeneration plans.

“The truly transformative potential of the Mayfield project should not be underestimated – and this funding will not just unlock the opportunity to bring forward the new city park, but in reality paves the way for the entire Mayfield project to be delivered over the next decade – which is without doubt one of the best connected sites in the region, directly adjacent to Piccadilly Train Station,” said Sir Richard Leese, leader of Manchester City Council.

“To provide a new green space in the city centre at the scale proposed is a once in a generation opportunity to bring life back to an underused part of the city centre, and create a real destination of choice.

“In fact, it wouldn’t be a stretch to consider the Mayfield site as a 24-acre new urban landscape, providing a green environment that accommodates significant buildings planned for the site – rather than the traditional idea of green space sitting adjacent to new development.

“This is the sort of ambition we should be pitching for when we consider how we use urban space differently in the future to develop new green spaces for the benefit of our communities.

“This investment is particularly welcome at a time when Manchester is focused on economic recovery following the pandemic.

“The Mayfield project illustrates a city determined to continue to grow and be successful for our residents, while generating significant employment opportunities.”