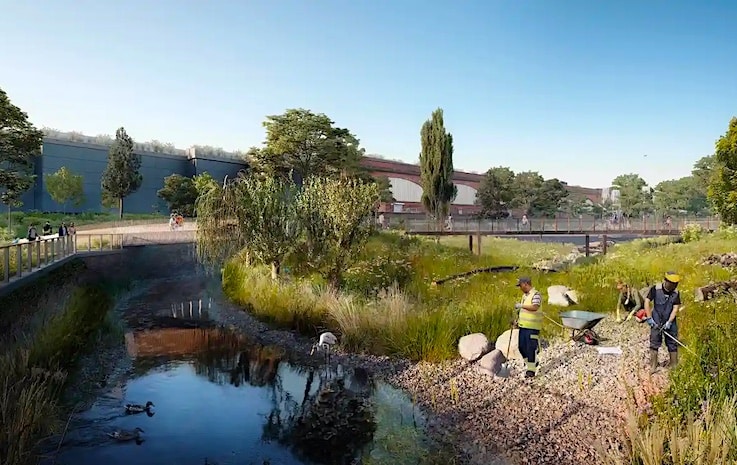 If 2020 has taught us anything, it’s that access to nature and green spaces is vital to our mental and physical wellbeing.

It’s arguable that our parks have never felt more important – especially for those of us living in the city without the luxury of a garden or even a small balcony.

Manchester city centre’s first public park for more than 100 years will use recently uncovered wells from the Victorian era to provide a sustainable source of water. 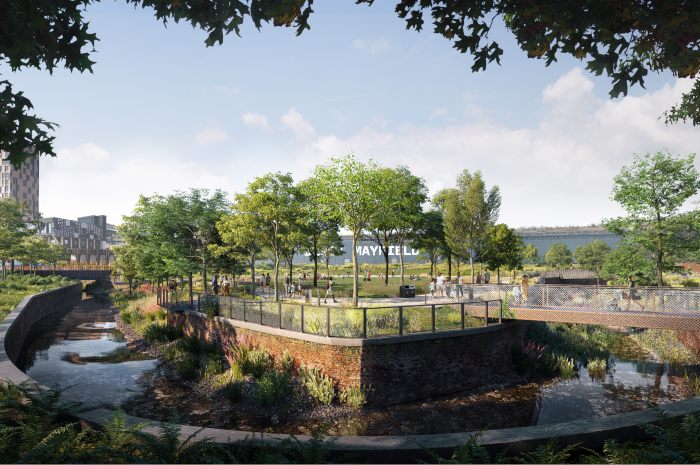 The 6.5-acre Mayfield Park will sit behind Piccadilly station and provide a new green sanctuary at the heart of our city including play areas and floodable meadows.

Trees and plants will be watered using three Victorian wells that were discovered while archaeologists were on-site to catalogue historical features of the site.

The area has been mainly unused since the 80s but is being redeveloped as part of a £1.4bn “transformational” regeneration scheme that includes plans for 1,500 new homes, retail, leisure and office space.

The water produced by the well has been declared safe for irrigation use, meaning it can be used to sustainably keep the park’s trees and plants lush, thereby reducing the burden on the mains supply.

The wells are among several important discoveries made at Mayfield, including a large Victorian bathhouse, as work on the redevelopment gains momentum.

In total, 12 wells have been located across the site but many were backfilled or damaged, with only three wells remaining viable. The largest of these was used originally to supply the Britannia Brewery, which was based on the east of the site in the late 19th and early 20th century.

The Britannia Brewery was one of the most important in Lancashire, according to an 1888 report in the Manchester Courier and Lancashire General Advertiser. At its height, the brewery was capable of producing more than 300 barrels of beer every week, meaning it played a significant role in keeping the city’s factory and textile workers well lubricated after their long shifts.