You can bid on Noel Gallagher’s own 6X platinum presentation disk for What’s the Story Morning Glory, or a guitar painted by John Squire, at Imelda and Mani's fundraiser event
Share
Tweet
Share
Chat

Tickets go on sale at 9am on Monday (10 October) for Imelda and Mani’s fundraising gala at the Kimpton Clocktower Hotel Ballroom on Friday, November 18th.

The event has been put together by Stone Roses and Primal Scream legend Gary Mani, and his wife Imelda, who was sadly diagnosed with bowel cancer last in 2020.

The event will be hosted by musician, writer and broadcaster John Robb.

There will be DJ sets from Mani, Clint Boon, Luke Una, PAs and live performances from Rowetta, Danielle Moore, and the Tall Faces with other unannounced guests also featuring. 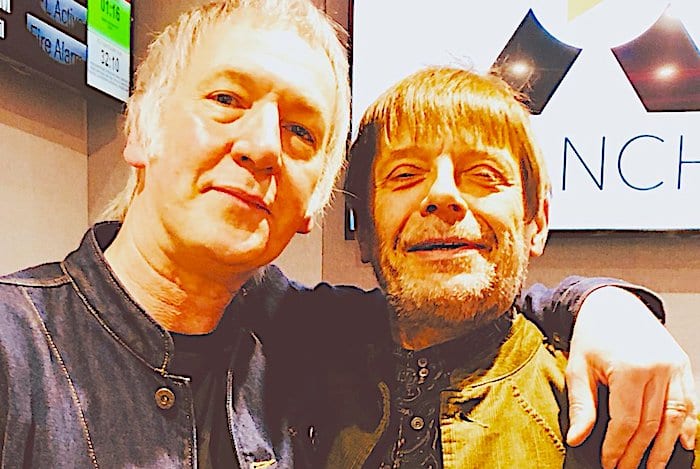 Art battle will be creating some live artwork, with the finished piece being auctioned on the night.

All the funds raised from what promises to be a fantastic night will be donated to The Christie Hospital and The Stockport Charitable Trust.

Imelda explains why these charities are so close to her heart.

She said: “Both charities have supported me through my journey.

“Cancer affects not just the person who has it, but everyone around them, and I hope that by investing in some more research, we can help alleviate some of the devastation caused to families.”

Mani, who will be celebrating his birthday on the week of the event, issued a call to arms for people to get involved.

“When life deals you a pair of twos, you have to get your game face on!

“These past two years since Imelda’s diagnosis have been brutal in so many ways, but it’s also opened our eyes to so many things as well.

“This disease needs to be eradicated.

“We feel duty-bound to do our bit to achieve this. So, everybody gets on board, digs deep, and helps out.

Manchester’s superstars from music, football, acting and more have come together to offer some amazing items up for auction which will be launched on the night.

You can have a bid on Noel Gallagher’s own 6X platinum presentation disk for What’s the Story Morning Glory, a trip to the Maldives, a signed guitar from the Foo Fighters, a guitar painted by John Squire, and a seven-night stay in a French Country estate.

There is also an immaculate 1966 Vespa up for grabs, and gold discs from Manchester icons Johnny Marr and Noel Gallagher. You could even score a year’s supply of wine from Cork of the North or David Beckham’s signed boots.

The auction will run online until Christmas and will be launched on Friday, November 18th.

Tickets for the event at Kimpton Clocktower go on sale on Monday, 10th October at 9am online here