Is there a North-South divide in Manchester? 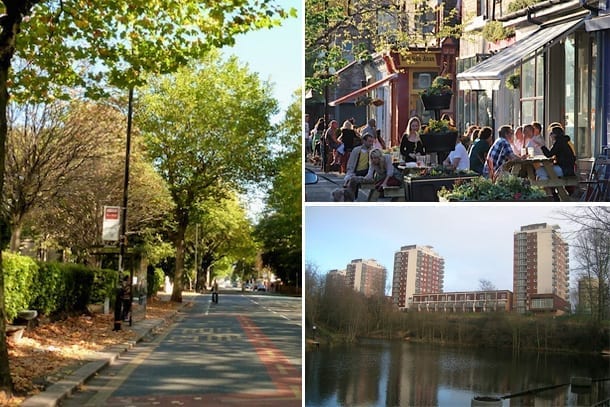 Leafy. Trendy. Bohemian. Attractive. Adjectives which crop up time and time again whenever South Manchester suburbs like Chorlton and Didsbury get mentioned. Head south from the city centre and once the chaos of Rusholme subsides, these areas are often held up as Manchester’s most des res neighbourhoods.

It’s well-known that around 73 per cent of BBC6 Music’s listeners, 59 per cent of all registered Guardian comments board users and a whopping 81 per cent of Manchester’s graphic designers live in those two suburbs alone.*

Withington and Northenden might sit in their shadow, but are equally pleasant.

But what about North Manchester? The list of adjectives which spring to mind would, I imagine, be rather different. It’s always been a point of much frustration in the Town Hall that such a stark contrast could exist.

Greater still that some of the northern parts of the city – those that sit closest to its centre – suffer from some of the worst levels of deprivation in the country. The NEETS of North Manchester are an issue, and one which has led to much head scratching by city strategists.

Most recent figures show that around 20 per cent of the city’s 16-18 year olds aren’t currently in education, employment or training. And many of them reside in the north and east of the city.

It jars with the city’s aspirations as a Northern powerhouse – a hub for retail, professional services, leisure, culture. How do you connect those areas – and the people who live there – to the offering that exists in the city centre?

In the week that another multi-million pound cultural attraction was being celebrated – The Factory (total cost, £110m) over in Allied London’s work-in-progress St John’s Quarter – you’d imagine the reaction in Cheetham Hill and Newton Heath would be quite different to that in Chorlton and Didsbury.

So why are the two opposite ends of the city so polarised? 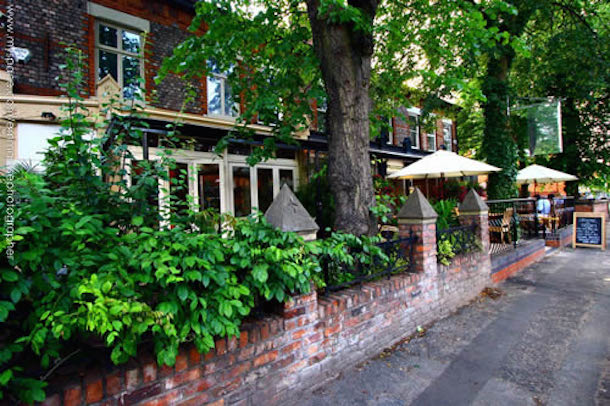 Is it students? The immediate southern gateway to the city centre has two enormous universities attached to it, which draw around 80,000 students a year. They tend to live, study and spend their leisure cash in south Manchester before settling there. In my case, it was Moss Side as a student, Withington as a graduate, Didsbury as a professional. A familiar journey to many, I’d imagine.

Not once as a student did I consider North Manchester. Why would I? For those three years, I stayed in the safe protective shell of South Manchester. I went to Ancoats now and again, but normally late at night.

Many will argue that the student population has gradually poured cash into places like Chorlton and Didsbury as the graduates grow up. But if students are such a guaranteed regenerator, Rushome should be like Notting Hill, shouldn’t it? Fallowfield should be like Battersea.

So is it the number of jobs on offer, or having the right sites for firms to base themselves? South Manchester boasts a healthy office market and some big names among its corporate clients, such as Siemens, Costain, Emirates and John Lewis.

But the success of the council’s own Sharp Project – which has seen start-ups grow to fully fledged local businesses in short time frames – and big office schemes like Central Park – which has reeled in big names such as Eon Reality, Fujitsu and (whoop whoop) Greater Manchester Police- arguably punch their weight.

There’s no shortage of investment going into North and East Manchester, some in partnership with the football club that wears blue. An enlarged tram network and a revitalised Ancoats is connecting the city to its northern neighbourhoods.

As with most things, perception is all. The media talk up South Manchester’s most famous suburbs in the same breath as they mention the BBC’s move to Salford Quays. It didn’t hurt that Auntie actively flogged those two locations to upcoming execs either.

But North Manchester has much to offer. Prestwich, Boggart Hole Clough, Heaton Park, to name but a few reasons to look north.

The whole of Greater Manchester continues to tackle the skills and employment issue – in 2012, an initiative to get young unemployed people into jobs offered incentives to employers to offer apprenticeships and training. When it closed last March, it had dished out 1,000 grants to companies in Greater Manchester.

North Manchester just needs a different sort of attention than recent documentaries like BBC3’s ‘People Like Us’ have given it.

It actually needs people like us to spend more time there to realise its true value. So here’s to North Manchester, and to bridging a divide that hopefully will get shorter as the city continues to get bigger.