Booming Manchester is now one of Europe’s fastest growing cities according to a report just published by Deloitte, the world’s biggest professional services network.

The Manchester Crane Survey 2018 shows that the recession following the credit crunch is now well and truly in the past and – “backed by significant investor confidence, a strong business community and an influx of new talent” – the demand for new property, particularly in the residential sector, has never been more evident.

The surge in construction projects has seen Manchester “cement itself as a thriving global destination”, say Deloitte. 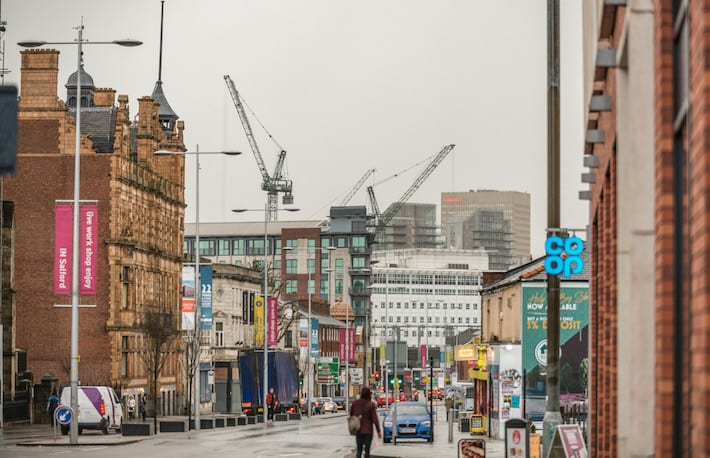 The report’s key findings reveal over 11,000 residential units under construction across 41 developments – a massive increase of 60 per cent on the previous year.

The total of 1,784 residential units delivered in 2017 was the highest since 2009 and the number of construction sites now active in the city – 41 – is almost twice the average over the last 14 years. 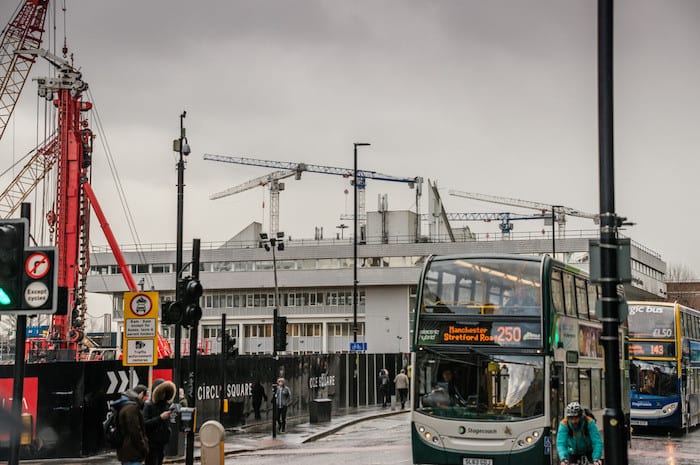 Deloitte say Manchester is forecast to remain an attractive prospect for overseas investment despite competition for sites and the impact of inflation and wage stagnation on growth in the retail and leisure sectors.

According to Visit England, Manchester attracted 200,000 more overnight visitors in 2014-16 than in the previous two years – an increase close to 20 per cent. Manchester tourism is booming.

The report is positive about Manchester’s performance in the food and drink sector despite recent restaurant closures including Taberu, Suri and one of Byron’s branches.

“The recent conversion of the Corn Exchange, the clear shift from retail to restaurants in Spinningfields and the opening of Mackie Mayor have created a real buzz around the food and drink scene in the city centre. 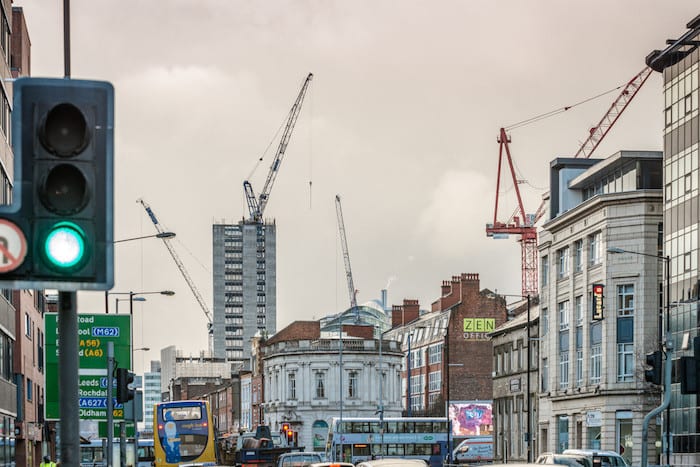 “It is these indicators rather than the closure of a couple of restaurants that show the city is continuing to perform well in relation of leisure and tourism and remains a key destination.”

The report also highlights a significant increase in activity in the education and research sectors after a decline in 2014-15.

Four schemes are set to deliver almost 200,000 sq ft of floor space including the University of Manchester’s Schuster Annex completed in 2017 and Manchester Business School’s hostel and education centre in Booth Street, due for completion next month. 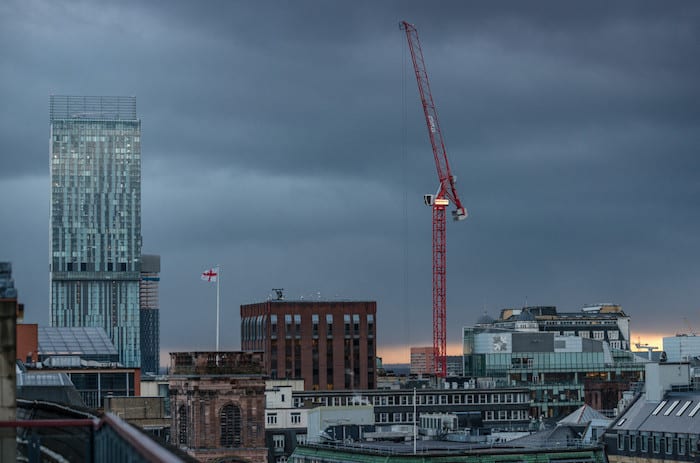