Now ranked number six in Europe, Success Eduan hopes to compete at the 2024 Olympics in Paris, when she will still only be 19
Share
Tweet
Share
Chat

Sixteen-year-old sprinter Success Eduan, from Blackley, has brought home two medals – a gold and a bronze – from the European Athletics Championships.

The teenager’s victories, in the U20 category, helped Great Britain to top the medal table at the biannual competition, which was held last month in Tallinn, Estonia.

Now ranked number six in Europe, Success hopes to compete at the 2024 Olympics in Paris, when she will still only be 19.

But Success, who is head girl at St Matthews RC High in Moston, says that if it wasn’t for her PE teachers, she would never have known she had an exceptional talent for running.

‘She ran so fast she was sick’

“Success, who was only just 11, sprinted the entire mile-long race,” said Mrs Rolt, who has taught at the school for 18 years.

“For the first part of the event, the PE team was shouting to her to slow down, warning that she would tire herself out.

“But Success just kept on going and came in ages ahead of the rest of the field.”

According to PE teacher Miss Dawn Talbot, Success “ran so fast she was sick after she crossed the finish line.”

Miss Talbot said that from then on, the school put Success forward for every event they could, until she was noticed by Sale Harriers running club.

Success has trained with Harriers coach Anita Richardson ever since.

‘You guys allowed me to dream big’

“When I first started at St Matthews, I did trials for every sport there was, including rowing, netball and athletics.

“I had no idea I had a talent for running until my school encouraged me. I spent the first nine years of my life in Spain, and I was more of a swimmer when I was younger.”

Success, who has now graduated from St Matthew’s and is waiting for her GCSE results, hand-delivered a thank you card to the PE team.

The card read: “Thank you for finding my love for athletics.

“Without the support and motivation you guys have given me, athletics would’ve never been a thing for me.

“You guys allowed me to dream big and celebrated my wins and competitions.

“Who would have thought? Me? Success Eduan, a GB sprinter. I am so grateful”.

Competing at a high level 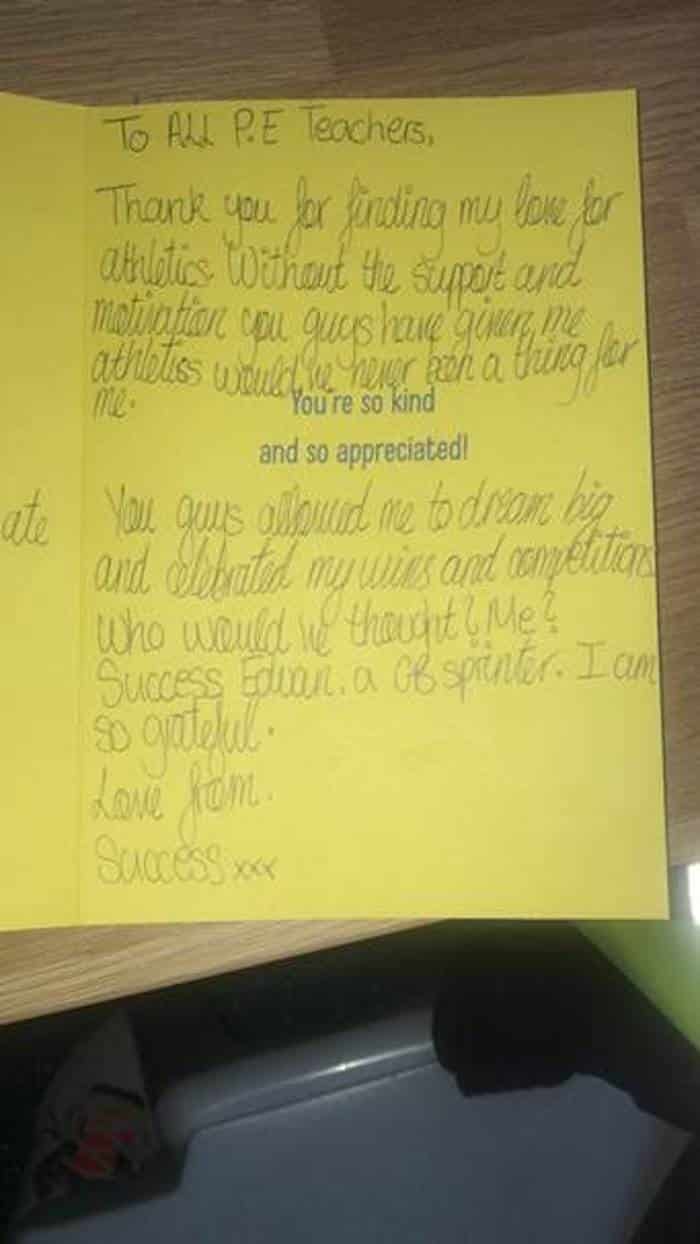 To keep herself in peak condition, Success trains for eight hours a week, on the track and at the gym.

She admits that competing at such a high level can sometimes be overwhelming. But she says that she does her best to keep a balance.

“I love running, but my schoolwork and friends and family are also very important to me,” she said.

“I am very fortunate that everyone I love understands that my training can sometimes get in the way.

“I come from a sporty family and my parents have been very supportive with my training and competing.”

Headteacher Mrs Murden said: “We are so proud of Success and her achievements in the European Championships.

“At St Matthew’s we tell all our students to strive for excellence, and be the best version of themselves. Success has been our head girl this year.

“She has always been a great ambassador for the school, as well as a fantastic role model to the other students.”

One of the youngest competitors 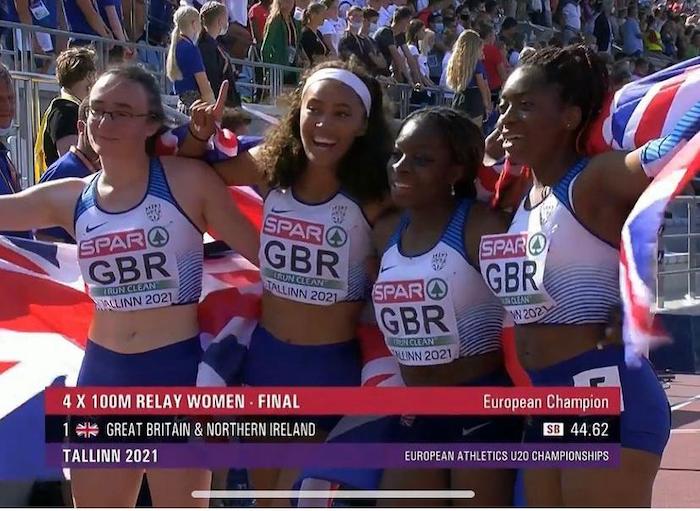 The European Athletic Championships took place in the Estonian capital from 15th-18th July 2021. Success took bronze in the 200m and ran the final leg of the women’s 100m relay, securing gold medals for her team.

At just 16, Success was one of the youngest competitors in the U20s category.

Depending on her GCSE results, Success hopes to attend college in September to study A Levels in Biology, Psychology and Sociology. After that, she plans to go to university to become a midwife.

Success may be the first female sports star to have emerged from St Matthews, but the  school, on Nuthurst Road, has produced more than its fair share of high level athletes.

The school shares its sports facilities with the local community and the sports centre is available for local people to use during evenings and weekends.