Manchester makes the top five most haunted locations in the UK

Manchester has been listed as the fifth most spooky city in England, a new study has revealed.

The research, which was carried out by PaulCamper, identified the most haunted places in the UK by analysing a range of spooky factors, including the number of paranormal occurrences, spooky sightings, haunting manifestations and cryptozoology, as well as tales of UFOs, mythic legends, fairies, vampires and poltergeists.

In Manchester there have been 55 reports of paranormal activity.

Of these 43 were haunting manifestations but there were also two UFO sightings, two poltergeists and even a curse reported. 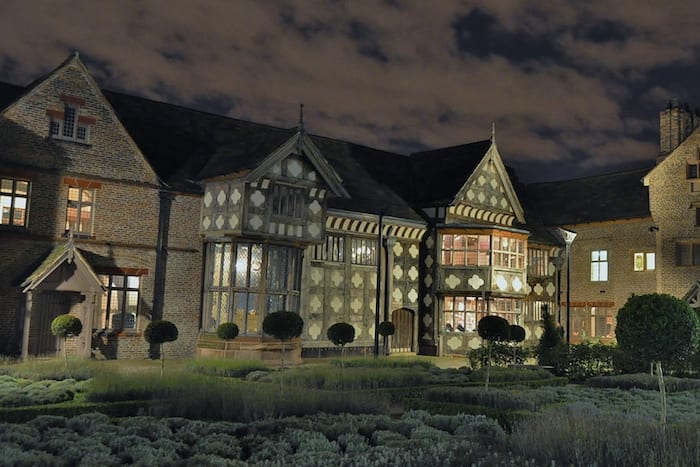 The analysis found that Brighton is the most haunted place to live in England, followed by York in second and Bristol in third.

Here are five spooky sightings from Greater Manchester over the years which made The Paranormal Database.

Still frequently referred to by its former name Strangeways, HMP Manchester is one of the country’s largest high security, category A men’s prisons.

A phantom man wearing a dark suit and carrying a briefcase was reported by staff in the late twentieth century.

If followed, he vanished near the condemned cell.

Some have named him as John Ellis, a former executioner who committed suicide in 1932.

Wardley Hall is an early medieval manor house and a Grade I listed building in the Worsley area.

The current hall dates from around 1500 but was extensively rebuilt in the 19th and 20th centuries.

This building is reported to have had a skull bricked up within its walls, to prevent it from accidentally being removed and condemning the house’s occupiers to misfortune or death.

The macabre relic is thought to belong to Edward Barlow, a Catholic executed by Protestants in 1640.

This invisible phantom reported in the former Brannigans nightclub in the 2000s caused trouble behind the bar, it is said, while other staff reported that the force tried to push them down staircases within the building.

The white (or grey) lady is reportedly the ghost of a woman who escaped from a nearby castle but drowned in the pond which once stood here.

Another story identifies the woman is a Victorian girl.

Either way, it is said that historically her ghost could be heard after the sun went down.

A former occupier of this property reported that her son had a female ‘friend’ named Molly who would wait in his room when they went out.

She herself had seen a dark, tall shadow on the landing.

Neighbours also told her that the previous occupiers had moved out after encountering the ghost of a young boy.