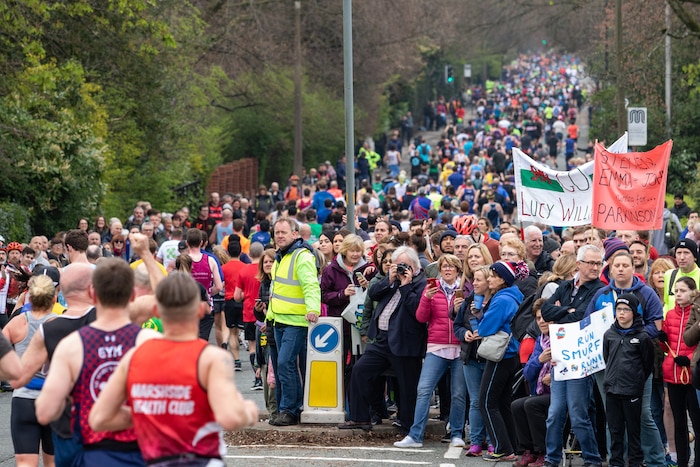 The Therme Manchester Marathon is taking place this Sunday 10th October, with 40,000 people participating, making it the biggest marathon in Manchester ever.

Growing from 20,000 competitors in 2019, the fourth largest marathon in Europe offers an improved 26.2-mile course which incorporates Manchester’s city centre for the very first time.

Fundraising from participants is expected to raise more than £5m for charitable causes, including event partners Alzheimer’s Society, Cancer Research UK, The Christie, ABF The Soldiers’ Charity, WWF and Sense.

Human Race – the organisers of the marathon – have created an initiative known as the ‘Jog Division’, where they follow in detail the journeys of ten of the marathon runners.

They talk about what motivates them, as well as providing tips and advice and, of course, the buzz that they all get from running. 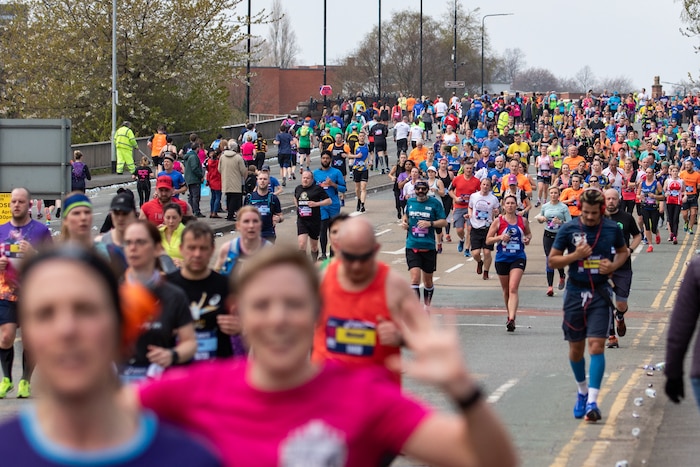 “In 2009 my mum had survived breast cancer so I took up a charity place in a half marathon to give back to the causes that had helped her,” says Jog Division member Baze.

“I planned to run the event, raise the money and then knock it all on the head again, but here I am some 12 years later still running.

“I think the running bug gets us all.”

In November 2017, Jog Division participant Claudia started getting into running through parkrun and continued to build up her distance and improve her times.

“I loved it so much that in a moment of madness I signed up for a half marathon and the 2019 London Marathon, something I’d always dreamed of doing,” she says.

“But less than a year later, I became a wheelchair user and the marathon was put on the back burner.

“I couldn’t push my chair more than 10 metres to start with because my arms were so weak but one of my physios said I could try the marathon in my wheelchair.

“All my friends think I’m crazy and they’re probably right but running has become such an important part of my life.

“It’s the only sport I have been able to continue since becoming a wheelchair user and it gives me a sense of freedom away from the challenges of having a disability.” 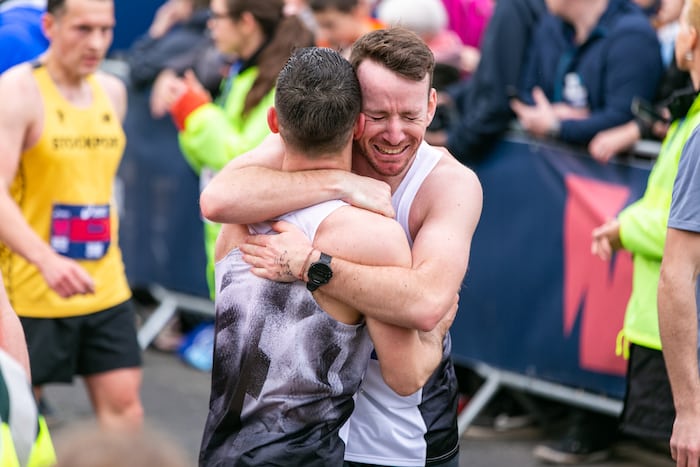 Famous for its fast, flat and friendly route, the Manchester Marathon is run by some of the world’s greatest elite runners, right through to those who thought completing a marathon would never be possible.

Many regular runners find this the ideal event to get a personal best time, whilst everybody finds the incredible Mancunian support throughout the course unforgettable.

“Jog Division is a pun on our name that I thought I’d never see,” says Peter Hook, musician, writer, DJ and one of the founder members of Joy Division.

“I remember on the first one I was advised to have a week off before, and a week off after. Believe me, after that I needed a month off!

“Now I do three 10ks a week for fun and have done for the last year and a half…over a 1000 miles. Be careful – wellness is addictive!

“See you next year?”

The 2022 Manchester Marathon will take place on Sunday 3rd April 2022. General Entries for April 2022 close on Wednesday 13th October 2021. Click below to find out more and sign up.