1st June 2021 marks both the start of Pride Month globally and the launch of the latest artistic collaboration for a new ITV ident, a creative project this month dedicated specifically to LGBTQ+ produced artwork.

Thomas Wolski, a contemporary fine artist whose creations are rarely exhibited but who has gained a cult following among global A-list celebrities and collectors such as Jennifer Hudson and Madonna, was approached to submit a proposal for the broadcaster based on his unique style and reputation for supporting LGBTQ+ charities.

The process involved sourcing a collaborator to co-create the design of a new ident, which resulted in combining Tom’s artwork with moving light and colour through the talents of Rebecca Smith, creating work under the name ‘Urban Projections’. 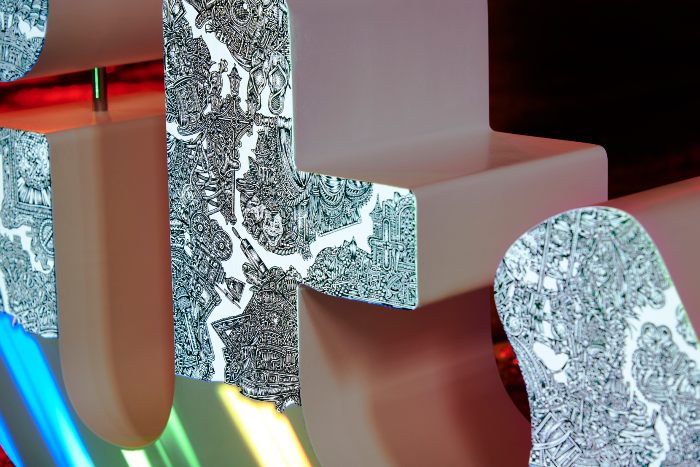 Thomas Wolski, 37, based at his Manchester studio, said: “I am honoured to have the opportunity to do something so impactful that will be seen by millions of people around the  world.

“It was quite daunting at the beginning as we were so conscious of connecting to the  ITV audience whilst representing the whole LGBTQ+ community.

“We were really passionate about making sure it was an authentically LGBTQ+ project and  not just another corporate organisation ‘rainbow washing’.

“ITV blew us away with how  much that also meant to them, and the full creative control gave us the chance to play with  the art and projection to do something that challenged us both artistically.”

The finished ident is a clear representation of all these things. 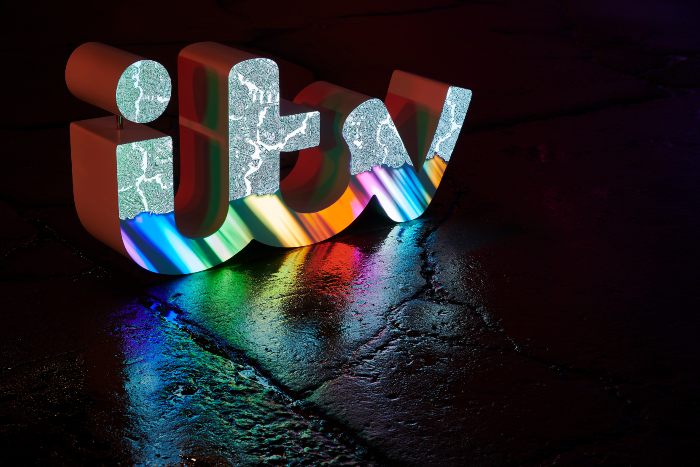 Packed with iconography from drag queen wigs to transgender symbolism, two-thirds of the sculptured ident is covered with Thomas’s signature freehand illustrations with the lower portion projection mapped by Rebecca.

The oscillating projection features the remaining third of Thomas’s scanned drawings along with undulating colour compositions of Rebecca’s own design.

Rebecca Smith, 39, who lives in Nottinghamshire with her wife and two children, said: “Technically it was a big challenge as Tom’s artwork is incredibly detailed.

“We had to carefully balance the scanned projection and the inclusion of colour so that we avoided something clichéd or unbalanced.

“We had so much fun on set trying different things.

“Neither of us tend to work with colour so using that in a way that represented the vibrancy of the community rather than just throwing up a flag was central to what we wanted to create.” 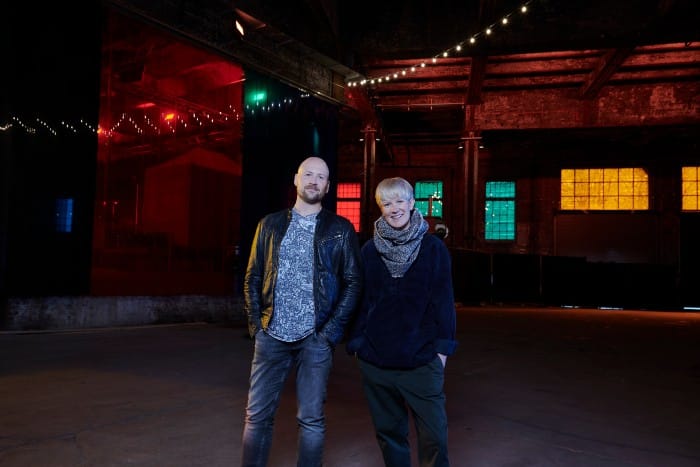 Filmed over two days adjacent to Manchester’s buzzing gay village, the industrial backdrop was chosen because of its meaning for the pair and because of its use as a venue for Manchester Pride, the second largest pride event in the UK.

Thomas, who now splits his time between his studio and London, added: “I wanted the images to be a celebration of art, music and community connected to my personal experiences.

“Manchester was an obvious choice as somewhere I moved back to set up my  studio, and where I have celebrated the most prides!

“My work is always a fun bold statement and with this piece every time you look into the crowd you see something different, just like pride itself.

“The fractures and moving colour projection are quite literally changing and evolving as a reflection of the community.

“The platform that ITV have given us is brilliant particularly in a year when the creative arts have really suffered.

“Personally, being LGBTQ+ doesn’t stop at the end of pride month, and it’s fantastic to be able to use this platform to create something lasting for a mainstream audience that mirrors that evolution.”

In total 12 versions of the ‘Prident’ will be shown throughout the month of June on ITV’s  main channel and is accompanied by a short ‘Making of’ documentary available online.