‘Manchester holds a strange power and romance’: author Joseph Knox on how the city inspires him 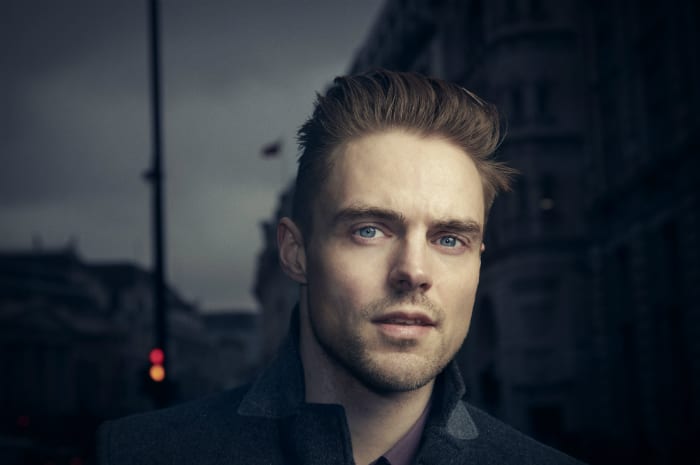 A sharp modern noir introducing troubled junior detective Aidan Waits, Joseph Knox’s hard-hitting crime debut Sirens won praise from the likes of Lee Child and Stav Sherez as well as rave reviews across the press when it was published in 2017.

“Joseph Knox owns Manchester and paints it in all its grimy colours,” said Val McDermid. “Manchester throbs with lowlife in this startling debut,” said Sarah Hilary. And The Guardian was equally impressed with Joseph’s portrayal of Manchester, writing that he “presents the city as pungently and uncompromisingly as Ian Rankin does Edinburgh.”

Joseph was born and raised in and around Stoke and Manchester, where he worked in bars and bookshops. His debut novel, Sirens, set in Manchester’s gritty underbelly, became an instant bestseller.

“Sirens was a secret I’d been keeping for years, writing around bar jobs and bookselling” says Joseph, whose relationship with Manchester started as a teen in Stoke-on-Trent, where he grew up.

“The novel grew out of night-walking around Manchester and seeing a whole other side to the city.”

The Smiling Man, Joseph’s second crime novel featuring Detective Aidan Waits and also set in the city, is published this month, and the author is hoping for similar success. Its early fans include Ian Rankin, who tweeted that he was “loving it” and described the novel as “gritty as hell.”

Manchester has had a huge impact on Joseph’s writing, and he couldn’t imagine Sirens being set anywhere else.

“Manchester was the big city where I’d go on day trips with friends, seeing gigs or drinking underage,” he says.

“I ran away there as soon as I could, living and working in the city from when I was 18 to when I was 26. I left because my job moved to London, but while there I lived in Salford, Fallowfield, Hulme, Longsight, Moss Side and Whalley Range.

“It hugely influenced my writing. For most of the time I lived there I didn’t have a lot of friends, and I spent most of my free time walking the streets, writing in cafes and bars. It’s my opinion that Sirens could only work in Manchester. The city has a certain swaggering hard man reputation, but it’s also got three universities, young creative people absolutely everywhere, and some beautiful architecture.

“The book is mainly about a collision between ugliness and beauty or, I suppose, beauty’s manipulation by ugly forces. Also because of its bar hopping storyline, I needed a city centre that was busy but compact.”

Sirens took eight years to finish and Joseph, who felt “determined not to waste peoples’ time or give a bad take of the city,” is delighted with the reception it has received.

“I re-wrote it literally hundreds of times until it felt right,” he admits.

“I thought it might get published but was probably too dark to really catch on. But Manchester embraced it with open arms. There was a mural of the book cover on the wall of a bookshop, posters in Piccadilly. I even got interviewed by Dave Haslam, which was an enormous thrill.”

My second thriller, The Smiling Man, launches on March 8th. Join me at @WaterstonesMCR for a boozy launch. And watch the trailer below. If you dare… pic.twitter.com/C84LAK9umh

After spending so many years finding his voice and writing the first book, Joseph was determined to get straight to work on the second.

“The Smiling Man is based on a real life unsolved murder, probably one of the most confounding and weird that I’ve ever come across,” he reveals.

“It actually took place in Australia, but I knew as soon as I read about it I had to give it my own spin,” he says. “An unidentified dead body is found in The Palace Hotel with anything that might identify him removed.”

The tags have been removed from the smiling man’s clothes. His teeth filed down and replaced. Even his fingertips are not his own. Only a patch sewn into the inside of his trousers gives any indication as to who he was, and to the desperate last act of his life.

“What follows is a mesmerising journey into the dark heart of revenge, manipulation and identity itself,” says Joseph.

The author now lives in London, where he works as crime buyer for Waterstones, but he returns to Manchester frequently.

“I’m back fairly often, either visiting family, on nights out with friends or, increasingly, promoting my books,” he says.

Does he think Manchester has changed since he lived in the city?

“The most striking changes I’ve noticed are at opposite ends of the wealth divide,” he says.

“On the one hand it feels like there’s a lot of gleaming neon investment, high-end brands and bars that would have really stuck out five years ago.

“On the other, sadly, the homeless population has soared,” he notes. “I think that’s more because of national politics, but in a geographically compact city centre like Manchester’s it really shows.”

The highs and lows of the city continue to provide inspiration for the author, who is currently working on his third novel set in Manchester featuring Aidan Watts.

“For me Manchester was always the bright lights, big city, and it still holds a strange power and romance,” he says.