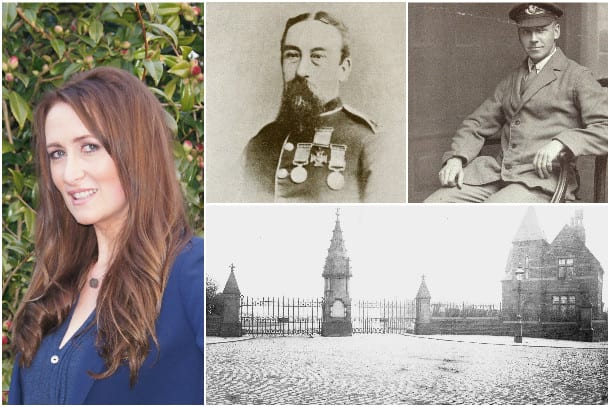 On the 25th October 2016, Philips Park Cemetery in Miles Platting will celebrate its 150th anniversary. To mark this occasion, local historian and author Michala Hulme will be working alongside the Friends of Philips Park Cemetery and Manchester City Council to create an exhibition that will showcase the history and future of one of Manchester’s most treasured municipal institutions.

The exhibition will be the biggest of its kind with over 20 exhibition boards. The aim of the project is not just tell the history of the cemetery, but to share some of the stories of the people that are buried in the cemetery.

The origins of the cemetery began in the summer of 1863 when the council finally received approval from Sir George Grey to build a new cemetery on the chosen plot as long as it observed the regulations for new burial grounds.

By the autumn, a competition had been launched by a council sub-committee to find an architect to design the buildings and layout of the new cemetery. In total, 14 designs were received and the winner was declared as ‘Trefoil in an Octagon’, which had been submitted by local architects, Ayliffe and Paull. The men would be working alongside landscape gardener William Gay. The construction of the cemetery was undertaken by unemployed cotton operatives who couldn’t find work because of the cotton famine.

The cemetery officially opened on 25th October 1866. The first person interred in the cemetery was four-year-old Jonathan Hope whose family had walked the two miles from Ancoats to bury their youngest son. Jonathan’s father was a cotton weaver who lived with his family on Murray Street in one of the poorest districts in the city. The family arrived at the Roman Catholic section of the cemetery for the service in the afternoon. They were met by the minister, the Revd. Liptrott from the parish of St Ann’s and registrar Albert Jarrett. Jonathan was buried at 2.00 pm and became the first person interred in Manchester’s first municipal cemetery.

Over the next 150 years, 310,000 people would be interred in the cemetery including war heroes, cotton spinners, merchants, mechanics, mayors and even two Victoria Cross recipients – George Stringer and William Jones.

William Jones was born in 1839 in Bristol. He served as private in the 2nd Battalion, 24th Regiment of Foot. He was awarded a VC for his heroic actions while defending a hospital during the battle of Rorke’s Drift. On the afternoon of the 22nd January 1879, a British supply post was attacked by an estimated army of 4,000 Zulu warriors. Private William Jones, along with another soldier, Private Robert Jones, defended a burning hospital ward with a bayonet until six of the seven patients were pulled to safety, despite being injured themselves. After suffering heavy casualties, the Zulus withdrew the following day. After his return to England, William moved to Manchester. In the 1890s, the VC hero pawned his medal for the sum of £5. William died in the workhouse in 1913 and was subsequently buried in a public grave in Philip’s Park Cemetery.

This is where Michala needs your help. She is asking for people to share their stories of relatives, friends and loved ones who are buried in the cemetery. Your stories will form a large part of the exhibition which will be on display in Central Library from October-December 2016.