With many of us turning to television and binge-watching whilst tucking into a takeaway, the news that cinemas across Manchester are back in business is great news.

But what you can expect? Will you feel safe? What’s more, does it offer that magical escape from reality that, at the moment, you need more than ever?

The first thing to say is, thanks for doing what you do TV; the likes of Normal People, Succession, socially distanced episodes of Corrie, the brilliant Unorthodox and Unbelievable have meant that there has been great stuff to watch at home.

And going back in time, watching the likes of E.T, Top Gun, Flash Gordon and others have made a welcome change from endless news headlines containing even more rules to follow.

But once I heard that cinemas were reopening from August onwards, I was keen to return – though I felt slight trepidation. I had visions of everyone in the audience looking like Dennis Hopper in Blue Velvet, masked up, including me – so how could this be as relaxing as I wanted it to be?

One month on, though, and I have visited four cinemas and seen some beloved classics and great new films. What’s more, I have actually left my flat to do this. Result! 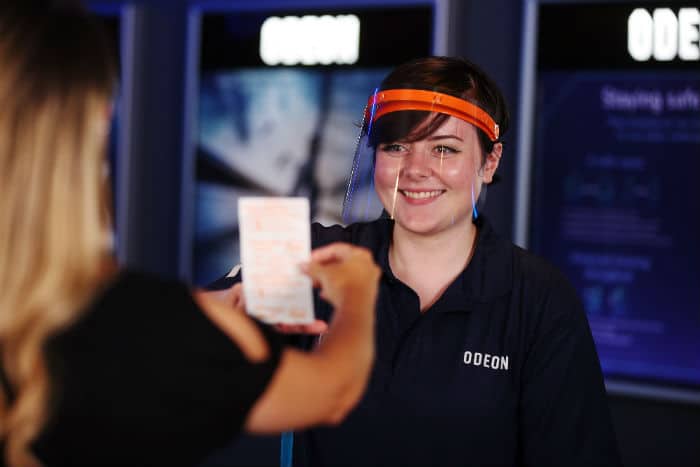 My first stop was the Vue at Salford and I had not been here since I used to live there. Before lockdown and all that has followed, friends had told me that this was now a Lux cinema and that it was super comfortable. But, what about now?

On arrival, I was greeted by a friendly member of staff who guided me through the one-way system. You can still buy food; I chose not to as there were people queuing.

If you buy your tickets online, there is no booking fee and you can simply open the e-ticket and you are good to go. The staff here wear masks and visors and they have a calm manner which really puts you at ease.

There are one-way systems and when you step into your chosen screen, everyone is socially distanced and you each have numbered seats. This is a socially distanced cinema anyway, due to the great legroom and space you have up front, and now seats are blocked from being booked so it feels cosy, intimate and safe.

Throughout the film, staff come in and clean touch points such as doors and handrails. There are hand sanitiser stations throughout the building.

You are asked to wear masks (apart from people who are exempt) and to be honest, once you begin your great escape through the power and wonder of film, you will forget it’s on. 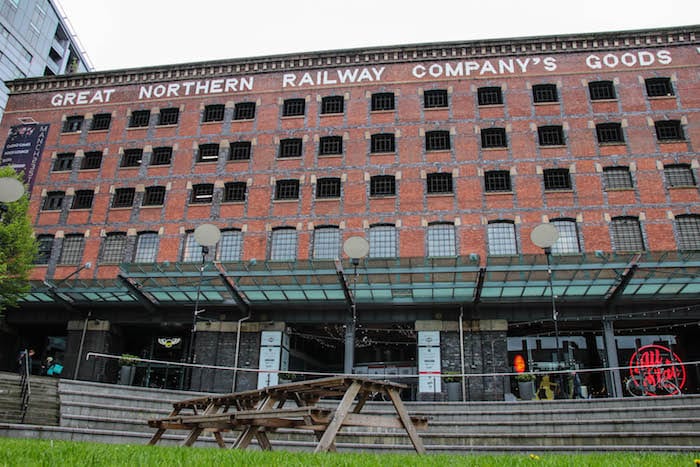 My next stop was the Odeon Great Northern and I was keen to get back here as it does offer a mix of blockbusters, the odd independent film and world cinema. I chose to see the reissue of the 1980s classic The Karate Kid, as I wanted to see something familiar and at the time there were very few new releases.

The box office on the ground floor is closed but the Odeon website has had a makeover and there is a new phone app. You can book in person via the automated machines.  If you book online, you can now get e-tickets which is a new and welcome feature here.

There are one-way systems, but because of the loud carpets, it is hard to see the arrows – though once you have been a few times, you will get used to which way to go.

The staff have been well trained and welcome you. They either take you to your screen and point out your row, or they greet you at the door of the screen and accompany you. It depends how busy your film is. This is a nice touch, particularly if you are feeling slightly nervous or anxious about returning.

The booking system blocks seats out, so you do not end up with people all around you. You can still buy food as before and the toilets are cleaned regularly and there are hand sanitiser stations.

Pre-Covid, the screens would have benefited from some TLC, as some of the seats have seen better days. This means if your seat is not great in terms of comfort, you may end up moving along one.

When the film finishes, staff come in so that you exit whilst still socially distancing. It is good to see the likes of Tenet and Onward here as like many other people, I have missed seeing popcorn films on the big screen. 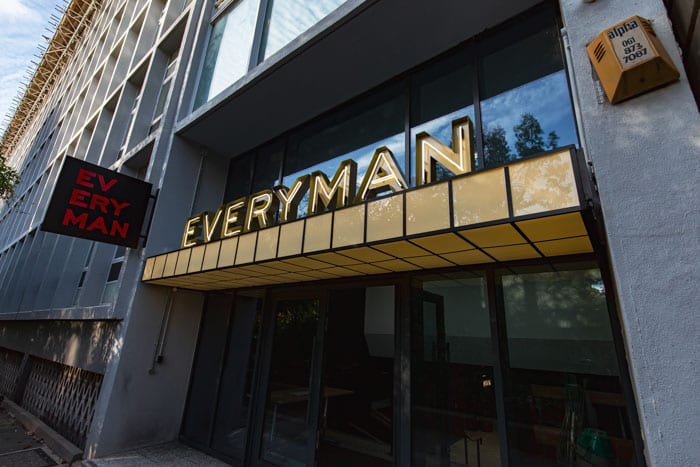 If you are seeking luxury and are willing to spend a bit more for your ticket, the Everyman is now open and ready to welcome you back.

Gone are the cushions for obvious reasons but it still feels like a lovely way to unwind after a hard day. You are encouraged to wear a mask and the best news is if you forget yours, Everyman do have a limited supply of branded ones for you to wear.

Everyman is a cashless venue and the toilets are cleaned regularly and the luxury soaps remain with sanitiser also available in toilets.

I love the sofas here and you are now spaced out, so it does feel like you are in a huge living room with superb sound and picture quality. And you can order food and beverages.

If you are a fan of Bill and Ted and waiting to see them ‘face the music’ in their third film, you can relive the first film this Friday and have pizza and a glass of wine or beer and it’s on them; their shout.

Everyman is known as a social brand and because of social distancing, that aspect has had to be reduced. But they still do a good job of offering you a classy night out. If a film buff friend of yours has a birthday coming up, this remains just the ticket.

Anyone who knows me will know that I used to live here. For the past six months, I have avoided walking past this vibrant arts hub as I felt bereft and it reminded me of what I could have won. So, once I knew they were reopening on the 4th September, they had me at ‘hello’.

On arrival you are greeted by a volunteer, and if you are off to the cinema, let them know which film or screen and they will direct you. If you are eating or having a drink, there is a check in desk (even if you are eating outside) and this helps the staff know how many people are in the venue.

You cannot stand in the bar anymore for obvious reasons and you order via an app. Some more instructions and posters dotted around advertising this would help, as it is a bit confusing if you are returning for the first time.

If you are planning on seeing a film, do book in advance. Films which open on Fridays can be booked from Tuesday onwards. You receive an e ticket and you show this, and a member of staff shows you where to go.

Your seat is numbered, and regulars will know, prior to this – you could sit anywhere. So, it might be a nice touch for staff to let you know which side of the screen you are seated or take you, if it is not busy.

There has been a great deal of planning carried out here and HOME invited people to test out these new systems before the big day and you can tell, as it does feel very safe.

The Theatre is not a wasted space, sat collecting dust. It is used for one off screenings. I saw The Elephant Man here and it really suited the space and felt quite majestic and even more moving then I recall it being previously.

You are asked to wear masks in auditoriums and most people do, but a bit more advertising of this (on the tickets, on the doors of the screens or above them) might increase the awareness for those who are not exempt.

With the likes of Flash Gordon on this weekend, the return of the abruptly halted Viva film festival, Christopher Nolan’s frenetic Tenet, the superb French classic La Haine and many other fine indie films on the way, there is still no place like HOME.

Wherever you choose to go, enjoy and savour that moment you have missed when the lights go down and you wait for your film to begin. Nothing beats that!