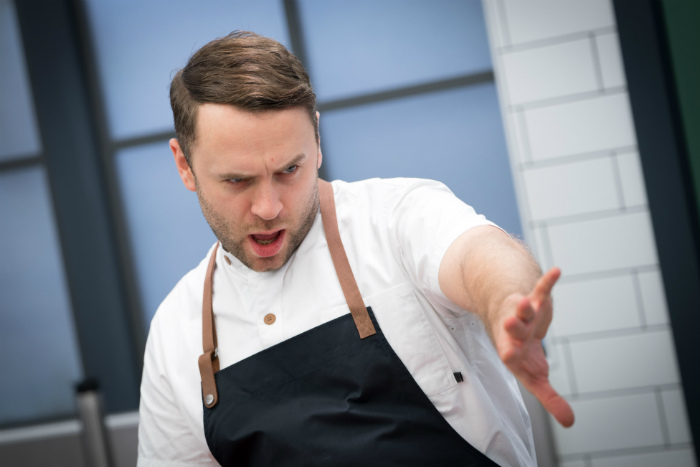 In last night’s episode of BBC Two’s Great British Menu, Adam, chef patron of Adam Reid at The French at the Midland Hotel, was the third chef to successfully proceed to the final banquet.

Adam’s successful dish, called ‘Comfort Food Sounds Good’, will feature as the main course at the banquet, which will be held at the legendary Abbey Road Studios in London.

“I’m ecstatic to have got through to the banquet again,” said Adam. “I know from experience what an honour this is, so to get the main course, showcasing my style of food, is a real highlight of my career.”

Manchester chef Adam beat the seven other chefs representing regions across the UK to win with his main course, having been awarded a maximum score of 10.

Adam said he took inspiration from the idea of finding comfort in both music and food for the winning dish.

Guest judge Wham’s Andrew Ridgeley said he’d “never had chicken like that”, adding that it was “extraordinary”.

This year, the series marks the 50th anniversary of The Beatles last live performance, with a celebration of British pop music. Viewers can watch the winning dish being served at the banquet when it’s shown on TV on Friday. 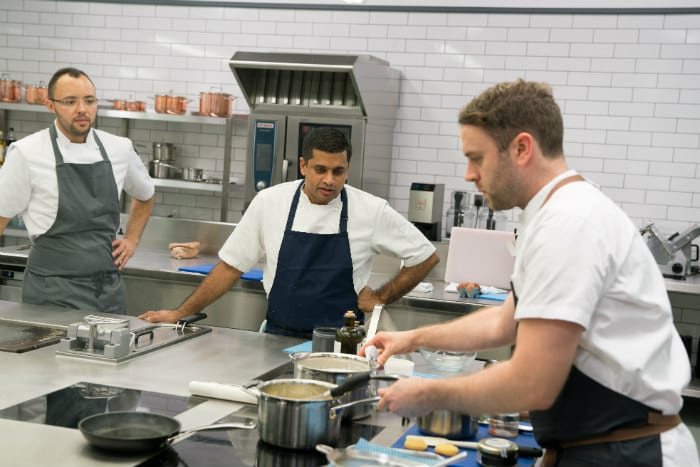 The bespoke plates the meals were served on were made for Adam by potter Ian Wild, the ex-sound engineer for the Stone Roses whose company Fire Station Square Pottery is based in Salford.

During the early stages of the TV competition, Adam’s dishes – including tater ‘ash (a dish he called ‘From The Beatles to Oasis‘) and a reinvented treacle tart (called ‘Madchester – I am the Resurrection’) wowed both viewers and judges. 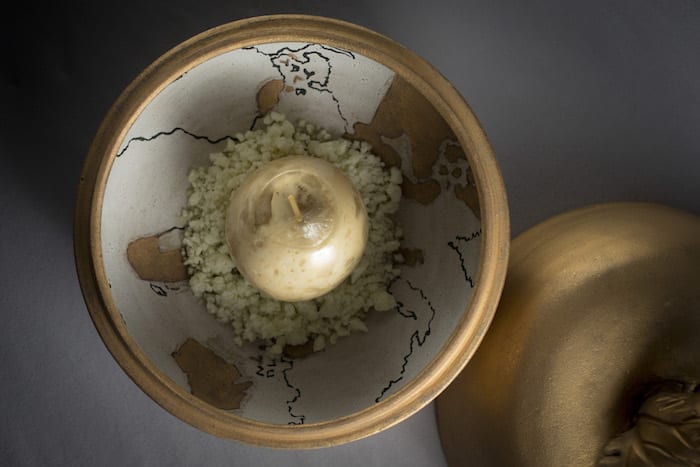 It’s not the fist time Adam has triumphed on the TV cookery competition. He also made it through to the Great British Menu banquet in 2016, with his dessert, ‘Golden Empire’, which was a tribute to ordinary Britons – the theme of that year.

The Great British Menu banquet featuring Adam’s winning main course will be shown on Friday 17th May at 7.30pm on BBC Two.

Mancunians can now try the dish for themselves, as Adam’s winning dish will be served at a special Manchester Food & Drink Festival banquet alongside a playlist of great British music on Wednesday 2nd October, priced £35.

Or if you want to try all of his dishes (and we thoroughly recommend it), the chef’s full four-course Great British Menu is now available for a limited time at The French until mid-summer. It’s served at both lunch and dinner, priced £85pp, or £145pp with matched wines.