Nathan, also known as Manc Wanderer, is a photographer based in Manchester city centre.

“I’ve always had an interest in photography, but it was just over four years ago I bought my first “proper” camera and started to actively learn how to improve/stop always using the auto mode,” he says.

“I shoot the city centre mostly, but one of my favourite things to photograph is live music across our city’s incredible venues.

“I love how despite Manchester not being the biggest or most picturesque city that there’s always something to see – often a part of the city that people don’t normally look twice at, but that they might appreciate if they see it in a different light.”

Here he shares five of his favourite images of our city, and tells us why he chose these particular photos. 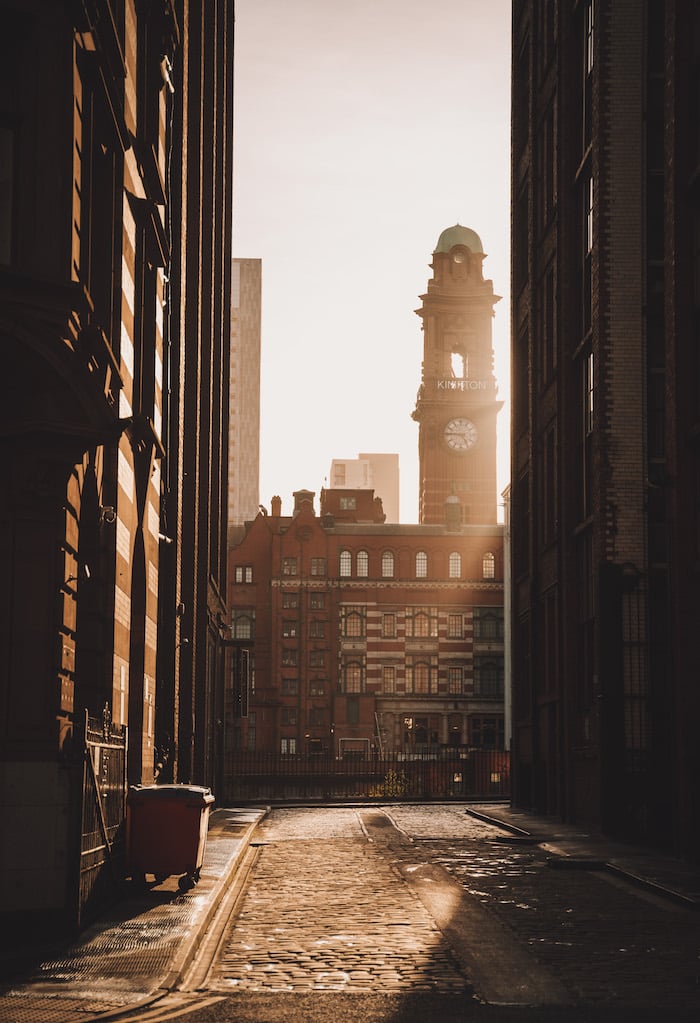 This photo shows the famous Kimpton Clocktower (it’s hard to not still call it the Palace if you ask me), and it’s one of the countless examples of beautiful architecture we have in Manchester.

Getting a photo like this when the light is in my opinion perfect always makes me super happy; you could be there minutes earlier or later and the shot wouldn’t look at all the same.

We don’t live in the biggest city but it’s always a motivation to know you can see things differently just based on the time of day/whatever the weather’s up to. 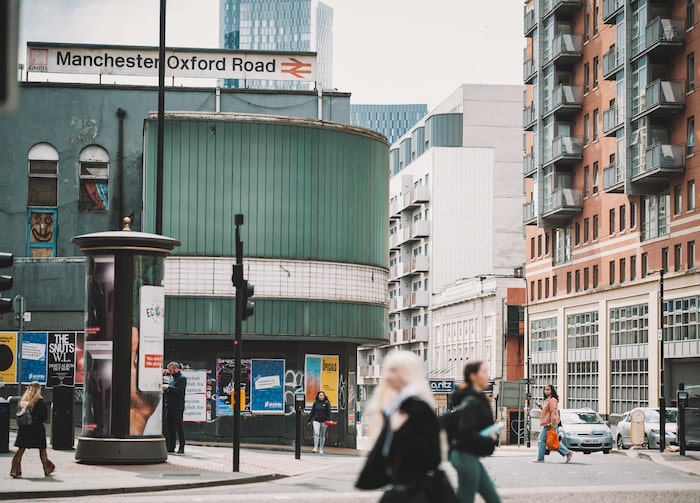 A busy Oxford Road crossing and the old Cornerhouse building.

This photo definitely gives me a feeling of nostalgia as I used to live two minutes from here, and I was always a huge fan of the Cornerhouse itself.

It’s kind of a reminder too that sometimes there’s something to capture even when the buildings aren’t the prettiest.

The Peveril of the Peak 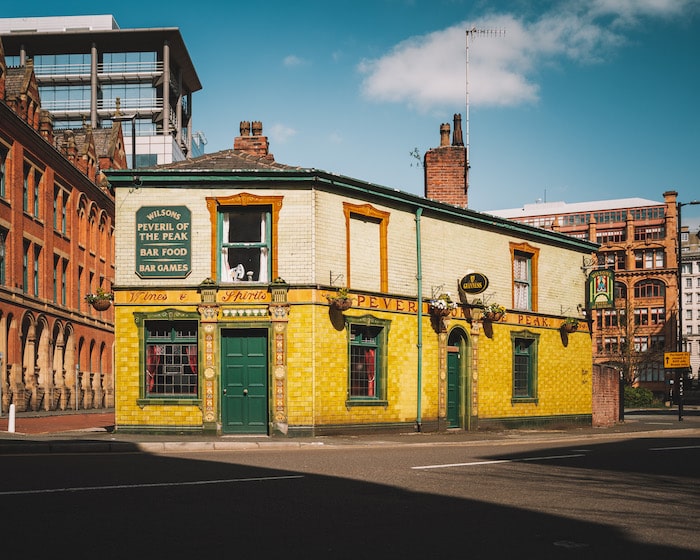 The Peveril of the Peak – perhaps Manchester’s most photographed pub?

If you go inside you’ll see photos of Manchester royalty who’ve visited, including Oasis and many, many more.

It’s not hard to see why given it’s beautiful to look at with those bright tiles, but also it’s a wonderfully traditional pub bang in the heart of the city. 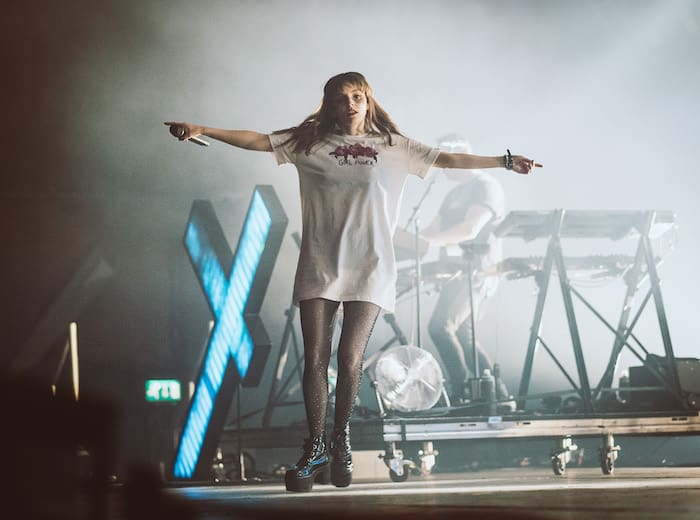 One of my favourite types of photography is shooting live music – here’s a photo of Chvrches at the Victoria Warehouse and I love capturing moments like these that reflect the energy of the show.

Whether it’s in a packed out basement or our huge arena, there’s no feeling like being right at the front as it all happens! 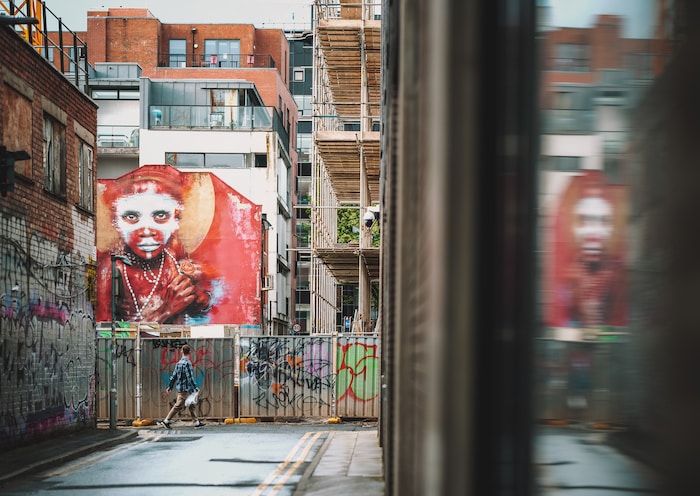 This mural by Dale Grimshaw is one of the finest in the area where you don’t have to walk far to see other stunning examples.

We’re blessed in Manchester to have so many renowned artists visit our city to leave their mark; and it’s constantly changing so there’s usually something new to see.