Manchester’s small venues: the places where careers begin and lives are changed 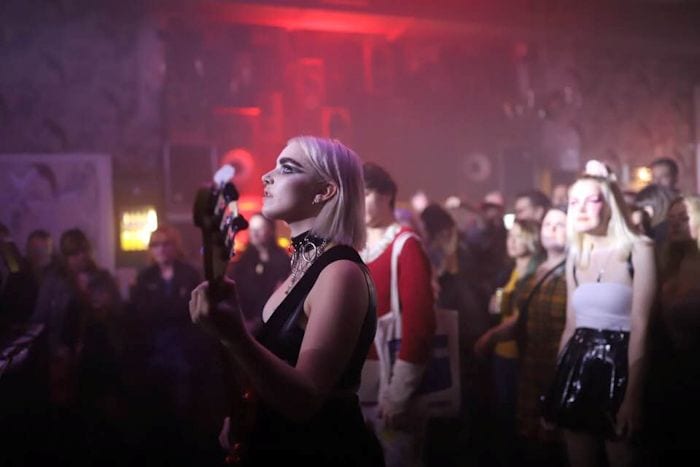 I’m an old guy, in love with music for decades. Someone asked me if I felt lucky that I’d seen so many iconic bands play, and of course I answered that I did feel lucky. Very.

But I pointed out that the first time I saw many iconic bands, they weren’t famous at all. They were playing small venues, dives, tiny halls, basements.

I remember being sixteen or so, a John Peel listener and NME reader. My ears were opened to lots of great music that was slightly off-the-radar, but accessible if you knew where to look.

Over the next ten years, I saw Duran Duran in the upstairs room of an old pub, Joy Division in a student dining hall, Sade and her band set up on the dancefloor of a now long-departed discotheque called Fagins, Sonic Youth in an Irish club in Hulme, and Happy Mondays in Corbieres Wine Bar.

I made my own luck, though. I was intrigued by grassroots music venues, then enthused by them. I went out searching, I embraced the sense of adventure.

I will always treasure seeing James multiple times in small venues throughout the 1980s, starting with Devilles in 1984, a tiny venue on Lloyd Street.

At small venues the proximity to the stage lends a glorious intimacy to the event, but watching a band in their earlier days is a still deeper thrill; watching creative talents, effervescing, emerging.

I saw Wayne Rooney when he was a teenager playing for Everton, a raw talent, unpredictable but brilliant. Fifteen years later, he was more successful, better paid, but anyone watching could see he was struggling; it was a little painful and he was looking like he wasn’t enjoying life anymore.

Consider the career of Robert De Niro. I will go back time and again to those movies he did when he and Scorsese started working together – Mean Streets and Taxi Driver – but don’t make me watch Meet the Fockers again please.

In the mid-1980s, my devotion to watching bands in their emerging state evolved into spending a few years booking and organising shows at the Boardwalk on Little Peter Street. I talk about this in my recent memoir Sonic Youth Slept On My Floor; my life back then sorting the first Manchester gigs for the likes of Primal Scream and the Shamen.

Incidentally, after I went on to the Hacienda, the Boardwalk continued to stage great small gigs. In the first few years of the 1990s there you could have caught Hole, Manic Street Preachers, or Suede playing to two hundred and fifty people.

At this point, I should pause to confess that of course if you spend a lot of time seeing new or obscure bands in small venues you don’t hit gold every time. There’s an inevitably the odd wasted night. But the unpredictability is part of the attraction.

Writing my memoirs reinforced how much I’ve enjoyed arranging and attending gigs in small grassroots venues, and not just in the 1980s; in 2010, Now Wave, a duo of clued-up young promoters staged a gig by Warpaint at the Deaf Institute, which turned out to be one of my top ten nights out ever.

The Night & Day capacity is 220; perfect. Not some soulless enormodome, but somewhere intimate, grassroots. The kind of venue that makes me feel at home.

I’m looking forward to getting involved at Night & Day, from the first soundcheck to the last encore.

Small grassroots music venues are facing all kinds of crises nationally, but in many ways Manchester is bucking a national trend. We are blessed with a collection of great small grassroots venues; Night People, Gullivers, the Castle, Jimmy’s, the Peer Hat, Ruby Lounge, the Bread Shed, and Fuel among them.

In addition, No Wave, ten years on from their first promotion, and with partner Ruth Hemmingfield, are behind the opening of Yes, the new venue on Charles Street. This new addition to the city’s music scene has two performance spaces – neither with a capacity more than 250.

Hats off to the venues and the promoters building this scene, but in Manchester we’re all benefiting from a local audience willing to seek out live music, new bands, and the more obscure, off-the-radar stuff.

It’s relatively easy to join this audience. Like and follow these grassroots venues, give links to bands they’re featuring a listen, and maybe in a few years time you’ll be able to look back on a night you saw one of the biggest bands in the world in a backstreet Manchester venue. For a fiver.

I’ve missed out on some ace arena shows, I know. I admit it; my gig-going is a bit unbalanced. Occasionally I catch a band in front of a huge crowd and I remember the pleasure of sharing a big communal experience.

But I have no regrets. I’ve seen so many bands hungry, emerging, on the cusp of making history in small venues, and those nights changed my life.