Greed and ineptitude are destroying Manchester United. Enough is enough. 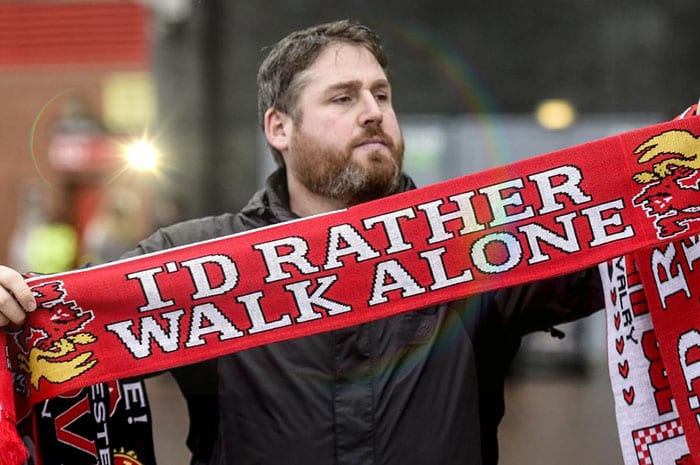 When Alex Ferguson took over Manchester United in 1986, he famously said he wanted to knock Liverpool off their perch. He succeeded.

Now the tables are turned. Liverpool are reigning European champions, unbeaten this season and on course to win their first League title in 30 years.

Their dominance is such that in the next few years they will return the compliment by knocking United off their perch.

It won’t take much to do that. United are a shambles. The jury may be out on whether Ole Gunnar Solskjaer should be given time to rebuild the team, but the verdict on the Glazers’ ownership of the club is not in doubt. Guilty.

Guilty of loading the club with a massive debt and massive interest repayments. Guilty of running the club first and foremost to make money for themselves. Guilty of taking millions out of the club instead of reinvesting it.

It all went reasonably well when the Glazers took over because the club was in the capable hands of Alex Ferguson and David Gill. But the warning signs were there. With Ed Woodward in charge, it’s been nothing short of disastrous.

The man the Glazers have chosen to run the club on their behalf may be good at making money but he’s also pretty good at squandering it. And when it comes to football matters he’s thoroughly inept.

He has spent over £1bn on players, most of whom have turned out to be a waste of money – players who look good playing for other clubs but just don’t perform for United. 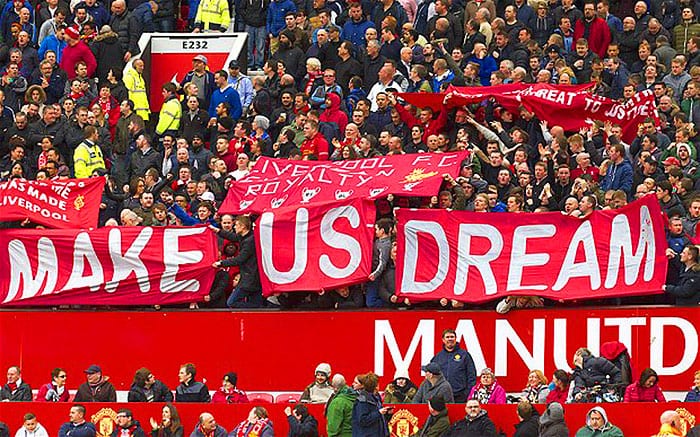 He has sold players and not replaced them to cut the wage bill, leaving a threadbare squad which can’t cope when players are injured.

He has paid over £30m in compensation to sacked managers. He has loaned a player to another club without a return clause whilst paying his wages.

Despite this, Woodward is the highest paid CEO in the Premier League. The club is desperately in need of a director football but doesn’t have one.

Woodward has said he doesn’t need the team to be successful to make money. But the owners are in danger of killing the goose that lays the golden eggs. Commercial partners don’t want to be associated with a brand that is failing and becoming toxic. Commercial success follows football success. Just look at the huge sponsorship and kit deals Liverpool have done recently.

Liverpool may look invincible right now but not that long ago they were in a similar predicament to United.

In 2007, they were purchased by American businessmen Tom Hicks and George Gillett in another highly leveraged deal. Their three-and-a-half years in charge brought the club to its knees. Liverpool became a laughing stock. Sound familiar?

Liverpool fans organised mass rallies in the city centre. Merseyside MPs spoke up. The club was sold in 2010, with the club 18th in the Premier League. Like United, they went through four managers in five-and-a-half years – one of whom was club legend Kenny Dalglish – until they found the right one. The rest is history.

There have been anti-Glazer protests at United in the past but they’ve fizzled out.

The 2-0 defeat by Burnley in a televised match in front of a half empty stadium on Wednesday night could be a turning point. The anti-Glazer chants rang out loud and clear and were the first sign that the fans are getting restless again.

It’s almost the 62nd anniversary of the Munich air crash. Sir Matt Busby must be spinning in his grave at the way the club he rebuilt twice is being run.

A walk out is planned for the next home game. The fans who are condemning the protests fail to understand that protests and boycotts are the only way to get rid of owners whose greed and ineptitude are destroying the club.

Enough is enough. It’s time for United fans to act again. Hit  the owners where it hurts – in their pockets. Don’t buy merchandise, boycott the club’s ‘commercial partners’. If you go to matches, support the team but protest against the owners.

Back in 1998, United fans mobilised and managed to stop a takeover of the club by Sky. But MUST, the United supporters trust which claims to represent the interests of the fans, seems to be more interested in flogging merchandise than trying to get rid of the owners.

I Love MCR United anyone?