There were lots of trophies on display at Old Trafford on Thursday night. Not trophies won by the club, because there weren’t many of them this season, the women’s team being a notable exception.

The trophies were there for the club’s Player of the Year Awards, an annual event which honours the best players for their performances over the course of the season.

After such a dismal season and with so little to celebrate, an awards ceremony is the last thing most fans want to see. But the show must go on to please advertisers and sponsors and to get more supporters to sign up for the Man United app. Because for the club, commercial success is clearly at least as important as success on the pitch.

As you might expect, the event is attended by lots of former players and celebrity fans. Unfortunately for the club, which is looking more and more like it couldn’t organise a round of drinks in a pub, it all went a bit wrong when MUTV presenter Mark Sullivan asked cricket legend and lifelong United supporter Geoff Boycott for a few words.

You don’t have to know anything about cricket to know that Geoff Boycott is a plain speaking Yorkshireman who doesn’t mince his words. If you ask him a question, you know you are going to get an honest answer.

That’s exactly what Sullivan got when he asked Boycott what United currently meant to him.

“Disappointment more than anything. For half the season there was hope, some enjoyment, some good times. And somehow it’s kind of faded away towards the end.
The football hasn’t been inspiring, if anything they’ve let themselves down and the people that support Man United because I think they’re a bit better than that. It’s not just the results but some of the football has been hard to watch.”

When he was asked about the manager, Boycott again gave an honest answer.

“He does but he doesn’t have a record of experience (as manager) does he? He had a short time at Cardiff then resigned honourably, he’s looked after a team in his home country but it’s not the Premier League!”

The club might not be happy, but most United fans will find it hard to disagree with anything he said.

When MUTV requested an interview at the Player of the Year Awards I don’t believe my answers were untrue or unfair. The newspaper headlines are at it again making out I slagged people off. Please listen to the whole interview & not just the comments in certain newspapers… 1/2

… 2/2 I have supported our Club for 55 years & I was delighted to be a guest at the POTY Awards but I won’t lie about this year’s football. I have loved @ManUtd through good and bad times, and will continue to but I don’t look at everything through red coloured spectacles! 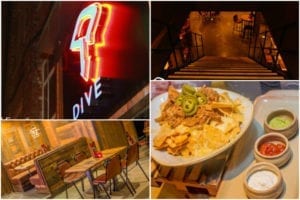