What do Kim Kardashian, Strictly Come Dancing and East Enders have in common? They’re among the top 50 things which make Manchester dads grumpy, according to a new survey.

Lights left on in empty rooms, heating on too high, dance music and being treated like a taxi service also featured on the chart of cantankerousness commissioned by Merlin Annual Pass.

One in ten dads in Manchester admit they are ALWAYS cranky while another 74 per cent reckon they are becoming more so as they get older.

And it’s not the privilege of old men. According to the survey, dads are at their grumpiest at the age of 40.

The survey of fathers in Manchester also found that people leaving the lights on is most likely to make them grumble, followed by bad manners, heavy traffic, cold callers in the evening and bad drivers.

The average dad admitting to around eight grumbles a week – more than once a day.

Luckily for families though, 65 per cent reckon they are at their grumpiest during the week, coming out of their mood in time for the weekend.

More than half of dads also believe a good night’s sleep is often all it takes to bring an end to their grumpiness with another 44 per cent saying a nice gesture from their partner also helps.

And, surprise surprise, if you want to catch dad at his least grumpy, on holiday is the best time, followed by weekends and evenings.

Pollyanna Haigh from Merlin Annual Pass said “From our experience, Dads will openly admit they have a reputation for being the grumpy ones of the family, and we wanted to see if this really was the case; and the survey suggests it is! “As we all know, everyone has grumbles from time to time – perhaps dads are just not as good at hiding their moans as others.

“We commissioned this research after hearing from our attraction guests that their families behave so differently when on a family day out – they are carefree and relaxed, no sight of grumpiness!” 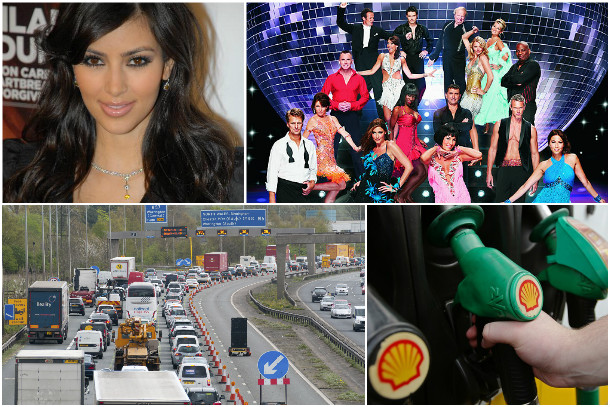 So how does your dad measure up? Here are the top 50 things that make dads grumpy.