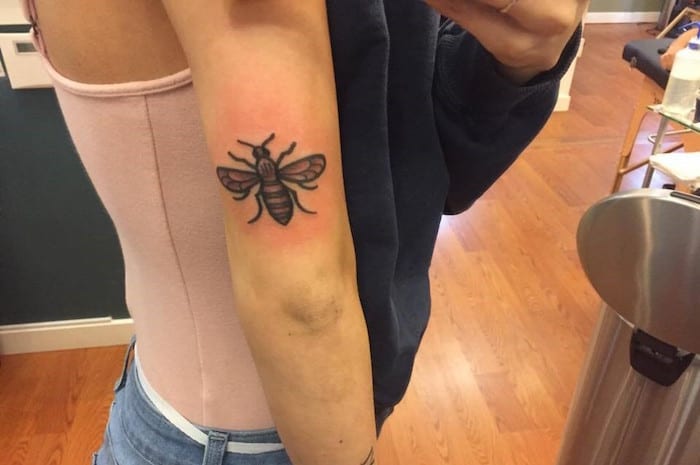 It has quickly become a symbol of solidarity with the victims of the Manchester Arena attack.

Now, the Manchester Bee tattoo has spread its wings half way across the world, as three Americans who were in the city at the time of the attack have had the inking on their return to the States.

Carmen Hoover, and her daughter Astrid, together with Dawn Barron, her daughter Sonrisa and family friend Ayana Eagans, were in Manchester for a conference dedicated to the music legend Prince organised by the University of Salford.

The five women flew from Washington to be at the conference and arrived in Manchester on the day the suicide bomber killed 22 people and left many more injured at the Arena.

Carmen said that in the days following the attack, she and her friends were impressed by the way the city pulled together. 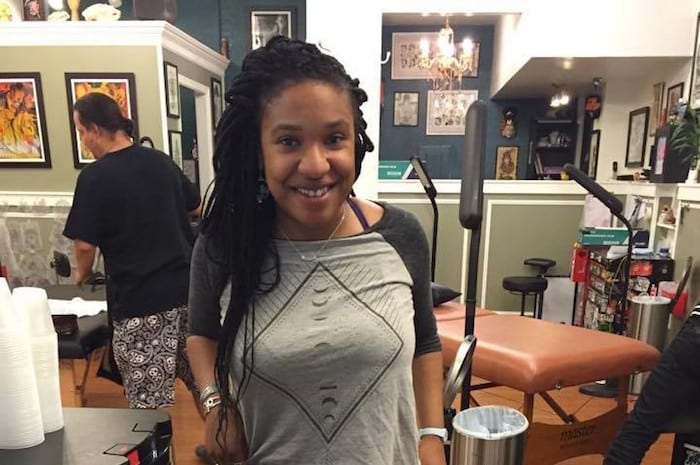 “After being in Manchester following the attacks, we learnt several things about this city,” said Carmen. “Manchester can handle itself. It’s scrappy, it’s intense, it’s friendly-but not too precious.

“Manchester’s grief and horror was contagious, but so was your fight, your love, your songs, your dignity—and somehow through the whole week, you were welcoming to strangers and outsiders like ourselves. We felt immediately at home”.

The day after the arena attack, Carmen and her daughter found themselves caught up in the evacuation of the Arndale centre.

“We had tried to get tattoos in Manchester after the conference was over but thousands of people has the same idea. We started to feel like we should stop trying to take spots away from actual Mancs, with their more personal connections to the terror and resilience we witnessed.” 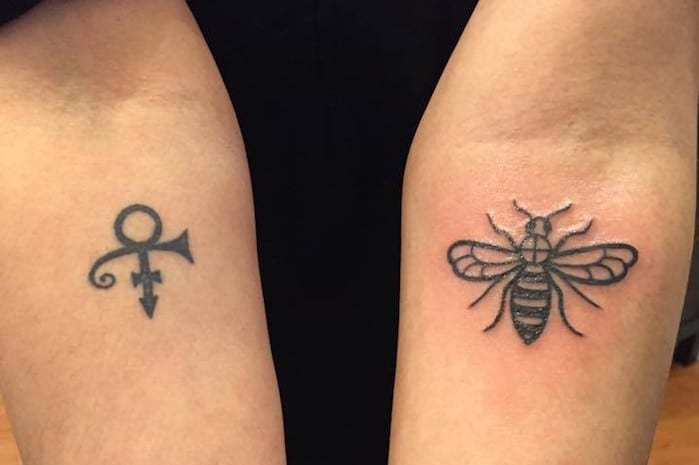 Since the attack on the Arena two weeks ago, thousands of people have expressed solidarity with the victims by having tattoos of the worker bee, which is said to symbolize Manchester’s hard working past.

The Purple Reign Conference, which Carmen and her friends attended whilst they were in Manchester, celebrated the life of Prince, who died last year. It was hosted by the University and their US partners Middle Tennessee State University (MTSU).

Carmen continued: “After Prince passed away last year, Dawn, Ayana and myself had all gotten Prince tattoos together, and it was Prince who brought us to Manchester. We got the Manchester Bee tattooed in proximity to our Prince tattoos as well.”

Carmen admits that since returning home to Washington, she sometimes feels homesick for Manchester, and hopes to come back soon.