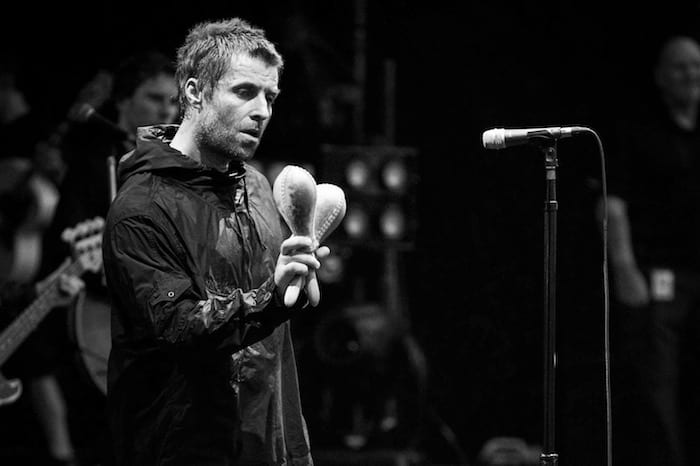 With a major new docufilm just released and a new album on the way, Liam Gallagher has plenty on his plate as a solo artist.

But in a new interview, Burnage boy Liam has admitted he would give it all up an instant if an Oasis reunion could happen.

Liam opens his heart to his old pal XS Manchester’s Clint Boon in an exclusive interview airing on Friday, June 14th from 4pm.

Talking about the chances of an Oasis reunion after a 10 year hiatus, he insisted it’s NOT about money.

But he says he is “ready to go at any given time” if brother Noel Gallagher agreed to make the Oasis comeback happen.

“It’s a shame that it broke up,” says Liam. “I can’t see it [the reunion] happening, everyone is always going on about money, I ain’t skint.  I’ve got more than enough to get me through the day and the night and the months and the years, you know what I mean?

“I think it’s a shame because people want it. It would still be good you know. But that ship has passed. I’m quite happy doing this as well. But I still don’t think we should have split up.  Nothing happened.  There were little arguments.  I just think he wanted out and he had to invent some dramatic scene up for that to happen.

“But listen, I’m ready to go at any given time.  I’d put this solo stuff on hold like that. Tomorrow.  I would do because I loved Oasis.  Oasis is part of my life.  I’m the guy from Oasis, as is Noel.

“There’s not a day that goes past when people don’t say ‘come on when you getting back together’.  I just think it’d be nice.  Especially for my mam as well.  She’d like to see us two sort our heads out and do stuff and that.  But this is what it is. This is life.  But I’m quite happy doing this as well, because it’s allowing me to go out and sing and do what I do and enjoy this stuff.”

When Clint asks Liam how often he returns back to Manchester these days, he admits it’s not as much as he likes – to visit his mum Peggy in Burnage, watch his beloved Man City or catch up with former Oasis guitarist Paul “Bonehead” Arthurs.

He admits playing hometown gigs is always more nerve-racking: “I get more nervous about playing Manchester,” he says.  “Because I’ve lived in London, I think people think ‘cockney traitor’ and all that nonsense.  Once I get back up there I have a really good time and I think ah, I might move back up there.”

But Liam blamed his three children being settled in the south for him not returning home to the north.  “The kids are down here now, they’re keeping me down here, it’s their fault.”