The date for the eagerly-anticipated world premiere of new Liam Gallagher movie As It Was has been revealed – and tickets go on sale today.

Rock ‘n’ roll star Liam will be in attendance at the premiere screening in London on June 6th, which will be beamed live into cinemas across the UK, including here in Manchester.

Following the film premiere, Burnage’s finest Liam will also deliver an exclusive live performance at London’s Alexandra Palace Theatre, which will also beam out via satellite on the live broadcast to the UK cinemas.

In a canny bit of timing, the film will then go on general release across the UK on Friday June 7th – the same date that Liam’s big brother Noel Gallagher has that huge homecoming concert at Manchester’s Heaton Park.

The first official pictures from the docufilm have today been released showing Liam on stage at some of the huge solo gigs he performed in 2017 and 2018 including the One Love Manchester charity concert at Emirates Old Trafford, as well as images behind the scenes of Liam strumming a guitar and relaxing away from his rigorous touring schedule.

An exclusive new video clip from the film has also been released showing Liam back at his old house in Burnage, walking into the bedroom he once shared with his brother Noel, that still bears the plaque “Liam and Noel’s room”.

The film documents Liam’s huge musical comeback as a solo artist post-Beady Eye and Oasis, and is described as “an honest and emotional story of how one of the most iconic rock ‘n’ roll frontmen went from the dizzying heights of his champagne supernova years in Oasis to finding himself ostracised and on the periphery of the rock ‘n’ roll world.”

The film blurb continues: “Starting again alone, stripped bare and with nowhere to hide, Liam risks everything to make the greatest rock ‘n’ roll comeback of all time, battling against the odds to return to the top of the charts.”

Directors Charlie Lightening and Gavin Fitzgerald were given unrivalled access to Liam for a no-holds barred look at the life of one of the most talked-about and charismatic artists of his generation. 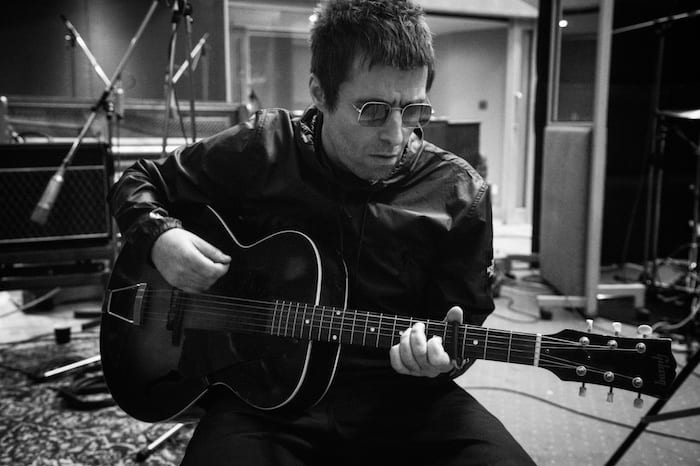 The film, which will run to 85 minutes, is produced by Steven Lappin and executive produced by Joel Kennedy and Julian Bird.

Tickets for the June 6th world premiere event in London go on sale at 4pm on Thursday, May 2nd, and film bosses say further details and booking of the live cinema link-ups will be revealed on Friday, May 3rd.

The film goes on general release to cinemas across the UK from Friday, June 7th.

To buy tickets for the premiere and to register your interest in the cinema events click  below.