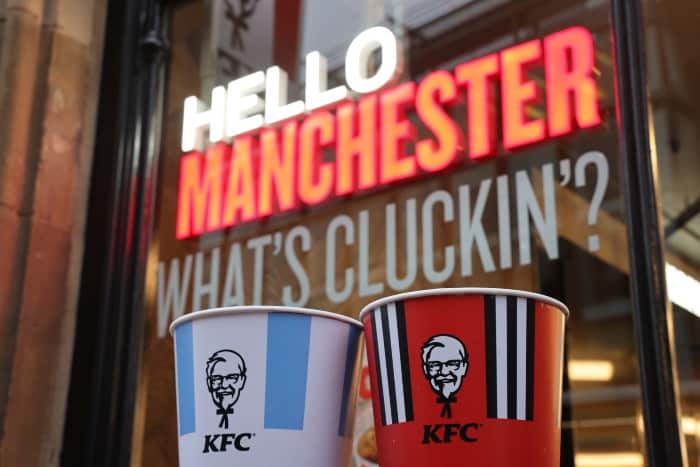 And after yesterday’s derby, they’ve launched two exclusive themed buckets so fans can celebrate – or commiserate – with the Colonel’s fried chicken.

200 limited edition buckets will available for the first time in team stripes – red or blue – so fans can show their loyalty.

The buckets will be available in the restaurant for takeaway, for those out on essential journeys, and for key workers in Piccadilly looking for a quick bite. 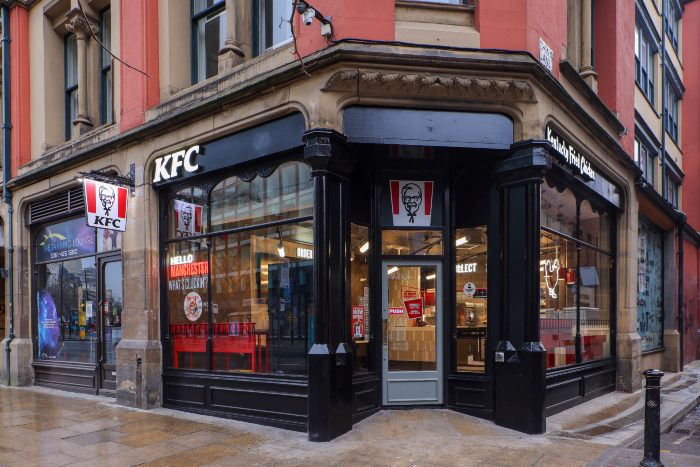 KFC is also offering £10 off for new users with Uber Eats using the code KFC10OFF, to celebrate the first week of opening. To be eligible for the promotion, apply code KFC10OFF in the Uber Eats app at the checkout before completing your order.

Key workers in the Piccadilly area can also enjoy an ongoing 25% discount for all Blue Light Card holders, and 15% off for Network Rail workers from the nearby Piccadilly Station.

In 1952 Colonel Harland Sanders opened the first KFC restaurant in Utah. Now, there are over 900 branches across the UK and Ireland. 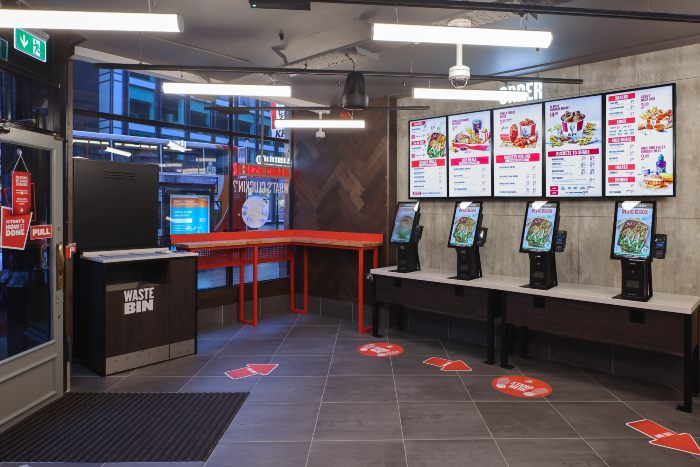 A number of responsibility measures have been put in place in the new branch, including extended hygiene procedures, Perspex screens, gloves, and designated kitchen zones.

Their team wear face masks where required, and encourage guests to do the same. Contactless payment is also encouraged.

“Opening our latest KFC restaurant in Manchester the day after the derby, it felt only right to mark the occasion in true Manc style, creating limited edition buckets to bring fried chicken joy to our Red and Blue fans across the city,” said Simon Jones, KFC UK & Ireland.

KFC Manchester Piccadilly, 83 Piccadilly M1 2BZ, is open from today and available via takeaway, delivery and mobile ordering on the KFC App.