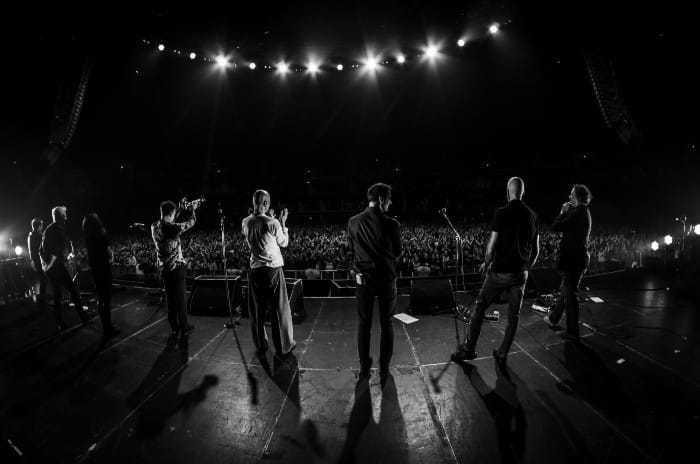 Highest Point Festival has today announced it is adding an extra night to its long-awaited live music event in September.

The additional night will be headlined by Manchester band James, supported by the Lightning Seeds and Get Cape. Wear Cape. Fly, and will take place on Thursday 2nd September in the 54-acre grounds of Williamson Park in Lancaster.

Festival favourites James will take to the stage to play classics from their back catalogue, plus brand new music including their new single Beautiful Beaches from their latest studio album All The Colours Of You.

The new album from James is set to be released on 4th June.

Since releasing Sit Down, their breakthrough single in 1991, James has released a grand total of fifteen studio albums, selling over 25 million copies in the process.

The band continues to perform countless headline shows and festivals across the world, with a UK arena tour scheduled this winter.

Liverpudlian rock band Lightning Seeds have already been confirmed as a support act for the gig.

They’ll light up Lancashire on the Thursday night playing the music that made them famous over their long career, such as hit tracks including The Life of Riley, Pure, and Lucky You.

Get Cape. Wear Cape. Fly will also delight gig-goers, as the English musician also known as Sam Duckworth, joins the two bands at the gig on what will be fifteen years since the release of his debut album The Chronicles Of A Bohemian Teenager.

Highest Point Festival, which was originally set to take place in May 2020, will now span three nights, from Thursday 2nd to Saturday 4th September with a bigger capacity and brand new stage.

The full line up for the event was announced earlier this month, with headliners to include Rag’N’Bone Man, Rudimental, Clean Bandit, Becky Hill, Hybrid Minds and The Futureheads.

The biggest open-air music festival in the region, Highest Point sets to welcome 25,000 ticket holders to a fun-filled musical weekend in Williamson Park.

Guests can expect to see more than one hundred artists across six stages over the course of the weekend, plus a premier regional street food and craft beer offering on site.

Though restrictions due to COVID are set to be lifted in June 2021, the festival organisers will be following any government guidance at the time of the festival.

Full safety policies inline with any guidance will be available to view on the website closer to the festival date.

Highest Point Festival will take place from Thursday 2nd to Saturday 4th September at Williamson Park. Tickets to the James gig on 2nd September are available priced at £35 at 9am on Thursday 29th April if you sign up for pre-sale at jamesplayslancaster.co.uk, and on general sale via Skiddle at 9am on Friday 30th April. Final release tickets for the festival are still available, with tickets for Friday at £45, and tickets for Saturday costing £55. More information including the full line-up can be found here.