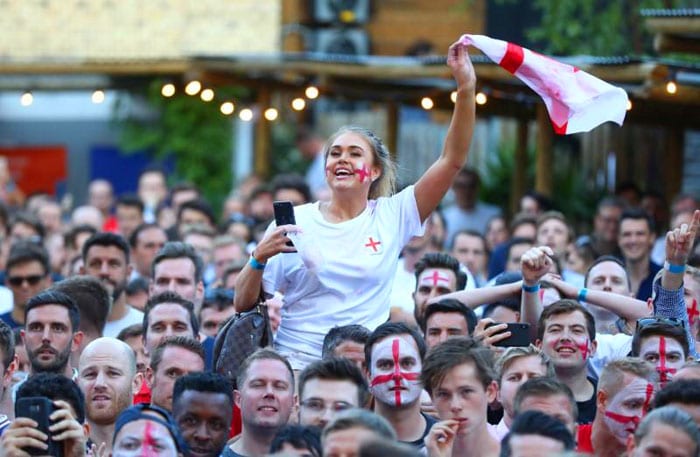 There are plenty of pubs and bars in Manchester showing the World Cup this summer. But as fans watched England’s victory over Sweden on Saturday, and the cameras cut to sunny alfresco celebrations in cities across the UK, one question dominated social media: where was Manchester?

The city so far hasn’t had a dedicated ‘fanzone’ this year with a big outdoor screen, following the council’s fears about security and alcohol and the lack of a sponsor to cover costs. But all that is about to change.

Manchester City Council confirmed on Sunday that it has secured a last-minute sponsor, Autotrader, to help pay for the cost of a fanzone for the World Cup semi-final on Wednesday.

Large screens will be erected at Castlefield Bowl for up to 8,000 supporters to watch England’s game against Croatia, which kicks off at 7pm.

BREAKING NEWS! There WILL be a big screen to watch the England World Cup semi-final in Manchester city centre thanks to @AutoTrader_UK #itsComingHome https://t.co/mgrN4x8sjK

The car website Autotrader has agreed to be the main sponsor for the event, covering the cost of the big screens and security.

Entry to the site will be free, save for a small booking fee, with those wanting to attend needing to buy a ticket online in advance. There are expected to be 8,000 tickets available – the capacity of Castlefield Bowl. Tickets will be offered on a first-come, first-served basis.

Door are expected to open from 5pm, with kick-off at 7pm. There may be additional entertainment confirmed for the evening, too.

In 2010, all World Cup games were screened at Castlefield Bowl. Previously, in the 2006 World Cup, 10,000 supporters squeezed into Exchange Square to watch England play Paraguay. However, disturbances amongst the crowd resulted in the council insisting that England’s matches were no longer shown on the BBC Big Screen.

After the Rangers riot in 2008, when dozens of drunken supporters fought with police after a screen failed, it was announced that the city’s big screens would not show football again ‘in our lifetime.’

150,000 Rangers fans descended on Manchester that May for the match at the Etihad, and Councillor Pat Karney said at the time that it was the “worst 24 hours in Manchester’s history”. During the violence, 39 officers from Greater Manchester police were attacked, and the same number of Rangers fans arrested for public disorder, assault and possession of an offensive weapon.

Following England’s 2-0 win over Sweden last Saturday, there were more reports of violence and vandalism across the UK. An ambulance car was danced on in London, a taxi suffered a similar fate in Nottingham, and police reported record 999 calls. A branch of IKEA in West London was also targeted, with fans jumping on furniture and chanting.

Alcohol-related disorder and disturbances are exactly what the council hopes to avoid this Wednesday in Manchester. No alcohol will be allowed to be taken inside the Castlefield Bowl event, though it can be bought on-site in plastic bottles and cups.

So let’s keep the celebrations civilised, and show the rest of the country how it’s done. It’s coming home, and where better to catch the action than Manchester – the home of football.