Inside MCR Fashion Festival – the glamour, the gossip and the AMAZING gowns

It was a night of jaw-dropping glamour as a galaxy of star guests donned their most fabulous couture gowns for MCR Fashion Festival.

Coronation Street stars including Bhavna Limbachia, Victoria Ekanoye, Catherine Tyldesley and Julia Goulding dazzled in bespoke and dramatic full length gowns by Manchester-based designer Zeynep Kartal – and Victoria also wowed with a surprise star turn on the catwalk at the finale of the night. 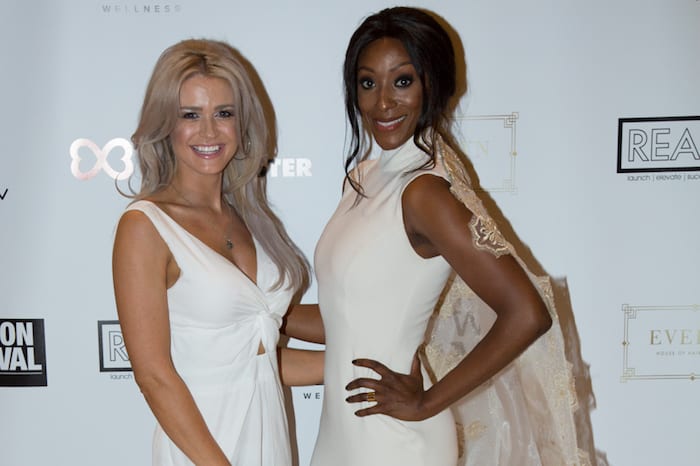 The event celebrated the best of Manchester’s fashion talent with a series of catwalk shows from both rising stars and designers who have firmly established themselves on a world stage including Zeynep Kartal, Boda Skins, Nadine Merabi and The Couture Club.

X Factor winner Shayne Ward rocked boho chic with an open-neck shirt and showed off his newly-bearded look fresh from his debut film role after leave Coronation Street earlier this year as he joined the event with his fiancee Sophie Austin in a chic black jumpsuit.

Shayne told us that he loves his beard so much that he’s planning to keep growing it!

Also going for full length and fabulous frocks were Corrie‘s Lucy Fallon in scarlet and Faye Brookes in a silver sheath dress slashed to the thigh, while Hollyoaks star Kieron Richardson looked dapper in a three piece suit as he arrived with his former co-star Gemma Merna in a blush pink sequinned dress. 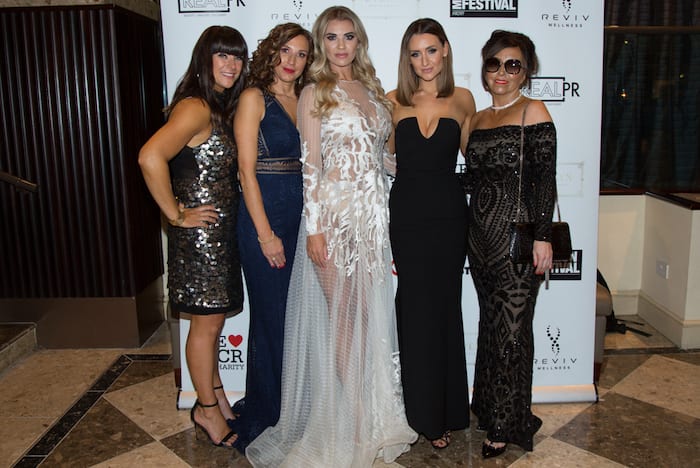 Coronation Street star and fashion graduate Bhavna Limbachia wowed in an emerald green Zeynep Kartal gown on the night and is an ambassador for the event, sponsored by Reviv Wellness.

She said: “After the huge success of the first fashion festival it made sense to come back even bigger and better.

“There’s no right or wrong in fashion. It’s non-judgemental, and that’s how we are in the north.  Tonight is a time to be proud of what has been achieved in Manchester.”

Also among guests at the event was The Apprentice star Sarah Byrne who was dramatically “fired” by Lord Alan Sugar in the first episode of the new series.

She was looking glam in a burgundy embroidered gown as she took her place on the “frow” (that’s the front row for the uninitiated) to see all the fashions. 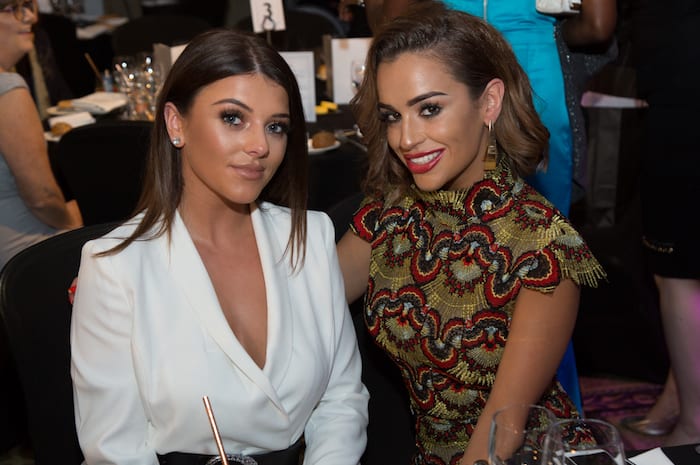 Entertainment on the night came from Moss Side’s finest Simon Webbe, and the talented young dancers Rise who captured the hearts of the nation on Britain’s Got Talent earlier this year.

The young girls were delighted to meet Corrie‘s Julia Goulding at the event after performing to a standing ovation from the guests in the ballroom. 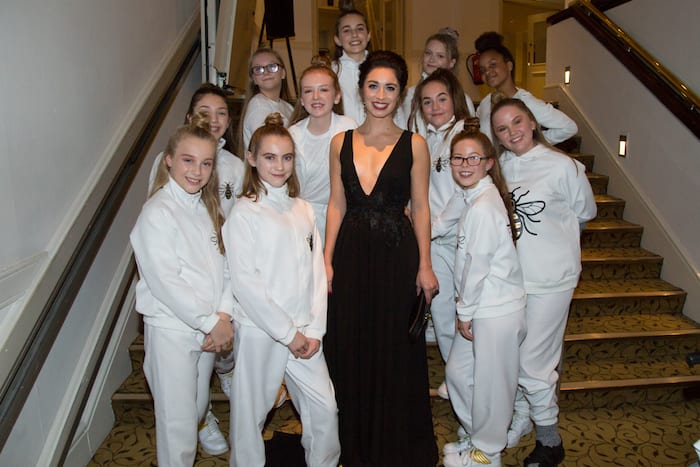 MCR Fashion Festival was organised by Real PR entrepreneurs Laura Stubbs and Lisa Forshaw, who are building on the successful launch of their event in February at Manchester Hall.

Their aim is to celebrate how the textile industry in Manchester has evolved from the cotton mills of the Industrial Revolution to producing global fashion designers.