How to watch theatre in your living room 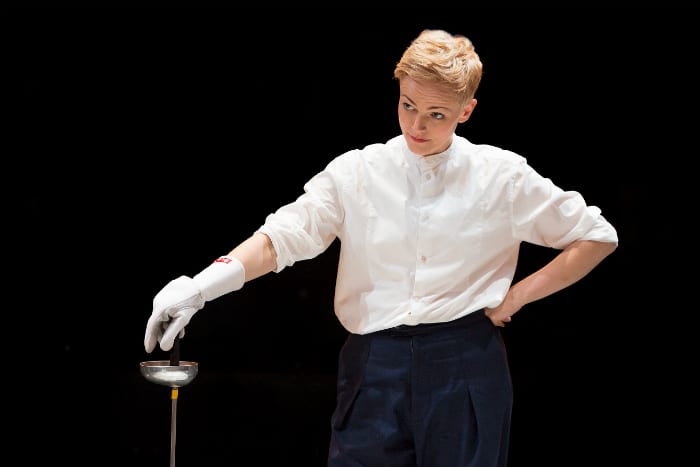 Many of us use theatre, film and music to escape from the harsh realities of the world. But many cinemas, theatres and gig venues are of course closed at the moment due to the coronavirus pandemic.

Music fans have Spotify and other sites they can use to download music, or for the purists among you, may be reaching for your vinyl.

Film lovers have Netflix, Amazon Prime, Now TV and Curzon on Demand, and they may be rejoicing at the news that Universal are giving audiences the chance to see current cinema releases early from the comfort of their own home, including Emma, The Hunt, Invisible Man and Trolls World Tour.

But what if your life is a stage? Where can you go online to give you the impression that you’re sat in the stalls? Here are some of the highlights.

The Wind in the Willows

You may remember that this lovely musical adaptation of the Kenneth Grahame classic family novel first came to the stage at our very own Lowry four years ago. It then went onto to play at the London Palladium.

You can watch the 2017 production, filmed in that beautiful theatre, for free. There is an option to donate Acting for Others, a great charity which helps provide financial and emotional support to all theatre workers. And they really need that right now.

I don’t want to be catty, but… The much maligned and mangy film version of Cats the musical is available to download now from itunes, Prime and Google Play.

And, if you want a physical version of the film, which moved from cinemas quicker than a Ginger Tom doused with water, it is released on Blu-ray and DVD on 7th April.

Many of us binge watch a great many TV box sets here, but did you know you can see the odd show or stage to film adaptation as well?

Bruce shares personal stories from his life and acoustic versions of his best-known songs in an intimate one-man show. Ideal viewing if you want to do some dancing in the dark.

The film version is based on the stage version, which has been running since 1985. It got the big screen treatment and features an Oscar winning Anne Hathaway cutting her own hair, whilst singing. What’s not to like?

Until we see the highly anticipated remake by Steven Spielberg and, touch wood, the return of the highly spirited production on stage at the Royal Exchange, this epic and classic tale of star-crossed lovers will lift you. Worth it just to hear America and Somewhere again.

Not a patch on the Randal Kleiser film starring John Travolta and Olivia Newton but these songs remain the ones that you want in this recreation of the classic, filmed live and starring Julianne Hough and Aaron Tveit. And you can play a drinking game. Every time Danny says “Sandy”, have a drink and soon you will be dancing like Greased Lightnin!’

You have two movie versions to choose from. The 1982 classic starring Aileen Quinn as the ginger orphan moppet with half a photograph in her locket. Or a contemporary adaptation starring Jamie Foxx and Cameron Diaz. Listen to Tomorrow and weep.

Hamilton: One Shot to Broadway

If you are a big fan of Lin Manuel’s hit hip hop musical about America’s founding father, you will love this unauthorised look behind the curtain.

John Waters brilliant indie film received the musical treatment on stage and was such a big hit on Broadway and in the West End that it was turned into movie musical, starring Nikki Blonsky, John Travolta, Queen Latifah and Michelle Pfeiffer. Even in your living room, You Can’t Stop the Beat!

Stephen Sondheim’s classic musical gets the Tim Burton treatment in this dark and delicious musical about a pie maker who has a downturn in sales. Instead of doing a Greggs and introducing a vegan version, they create a pie which features ingredients which are a bit more unusual and macabre.

The Phantom of the Opera

A starry cast and a terrific score could not quite create the magic of the stage version, but it has a bloody good go. Worth it, just for the music and Gerard Butler’s (yes, that Gerard Butler) so bad it’s good turn as the grunting Phantom.

What about for people who prefer plays to musicals? Well, there is a streaming site just for you.

For just 9.99 per month you can watch the likes of Arthur Miller’s The Crucible starring Richard Armitage, the brilliant Jonathan Harvey play Beautiful Thing featuring the terrific Suranne Jones, which was staged at The Lowry a few years ago, or Hamlet, starring Maxine Peake, from the Royal Exchange.

How to help more…

In the meantime, if you are worried about a particular venue which is closed during these troubling times, visit their website and see what you can do to help. Buy a voucher for a forthcoming birthday or donate them some money if you can. Our twitter feed has other suggestions.

And when it comes to pre- and post-theatre dining, the #PayItForward campaign aims to support local restaurants and bars through this pandemic by offering vouchers to buy now and use at a later date, and raises money for Hospitality Action, too.

Stay healthy and keep safe, and we will see you in the stalls again soon. Happy streaming, and please let us know your favourite theatre fix suggestions. And remember, life will be a cabaret again, old chums.