Where was The Stranger filmed in Manchester? Here are the locations to look out for

There was plenty of hype ahead of Harlan Coben’s The Stranger hitting our screens, and the thriller hasn’t disappointed.

The show has been trending at number one on Netflix UK with viewers binge-watching the series and lapping up its plot twists and intrigue.

There’s an impressive cast, including Richard Armitage and Jennifer Saunders, but we’d argue it’s Manchester that has the starring role.

Here are just a few of the places used for filming across the region – minus any spoilers for those who haven’t managed to catch it yet. 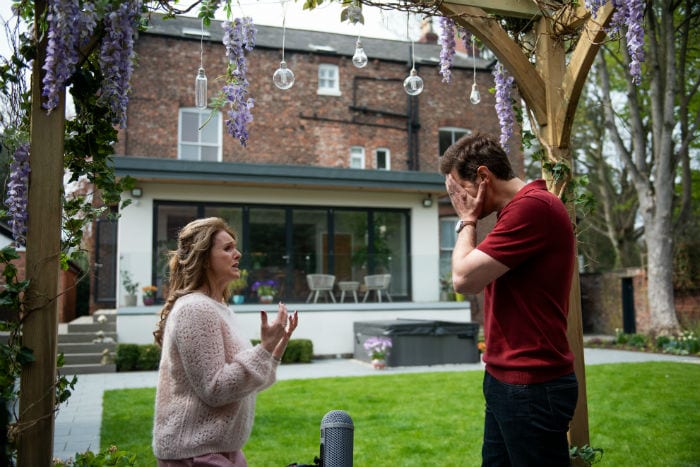 He might be too preoccupied with solving personal problems to actually work, but when he does turn up to the office, we can only presume he’s on the big bucks as their huge detached house, with its open plan living space and immaculate garden, is the stuff of dreams.

The property’s in Didsbury and was reportedly dilapidated student accommodation before it was completely refurbished. According to The Tab, it went on the market for a cool £1.45 million back in 2013.

Jennifer Saunders’ character, Heidi Doyle, runs an Insta-worthy café called Brown Sugar Cafe. With its monochrome floor, welcoming décor and mouth-watering cake display, it’s the sort of place you could happily while away a few hours.

The charming tearoom looks like it might be in a small town, but is in fact the Café At The Cathedral, previously Proper Tea, on Cateaton Street.

Manchester Cathedral serves as its backdrop, including the scene in which an ominous silhouette can be seen of someone watching Heidi.

The mother/daughter catch up 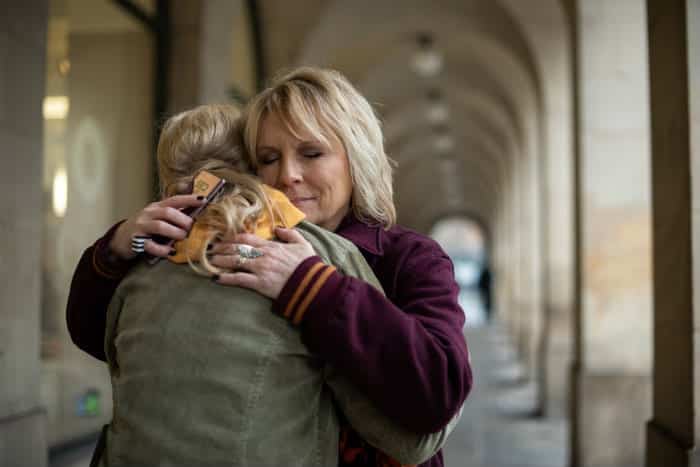 In episode two, Heidi meets up with her daughter Kimberley (Callie Cooke) and tells her she knows about the dubious website she’s on.

Their conversation takes place on a rainy day as they walk through the archways close to Central Library in St Peter’s Square, right in the city centre.

Early in the series, detectives Johanna Griffin (Siobhan Finneran) and Wesley Ross (Kadif Kirwan) make the grisly discovery of a decapitated alpaca that’s been left in the middle of the street.

We’re led to believe this is in the fictional northern town of Cedarfield, where all of the action in The Stranger supposedly takes place, but as with most shows, a hotchpotch of places are used for filming, and this scene was shot in Bury, close to the Peel Memorial.

A lot of the action revolves around younger family members, and a few of the parents are also teachers, which means many scenes are set in the fictional Cedarfield High School.

In real-life, this impressive building is Bolton School on Chorley New Road. One of the country’s largest independent schools, it received the TES Independent School of the Year award last year. 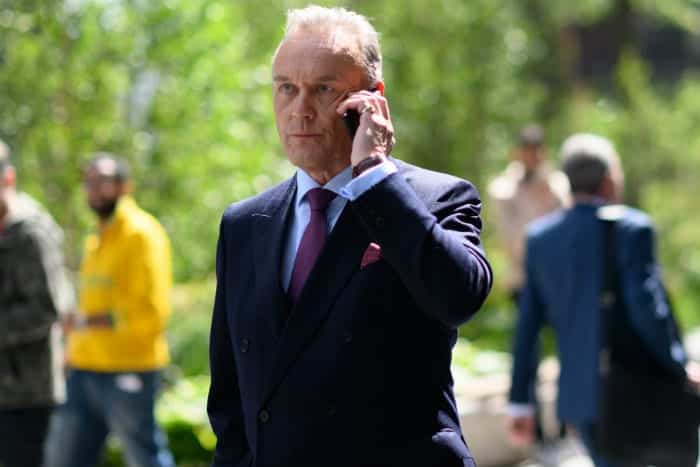 When episode four opens, Ed Price, the morally corrupt businessman played by Anthony Head, is heading out to lunch where, unbeknownst to him, he’ll meet the ‘stranger’ of the piece (Hannah John-Kamen) for the first time.

The lobby of his ‘office’ is 3 Hardman Square, the 16-story building in Manchester, which looks suitably glossy on screen. You’ll notice The Ivy Spinningfields and Carluccio’s just in the background as he walks away on the phone.

After ‘the stranger’ informs Adam of his wife’s secret, he’s back at home doing his own bit of detective work when he receives a video message from Corrine. It’s of her and a mate enjoying a spot of karaoke at a work event.

Look closely, and you’ll see that scene was shot in The French in The Midland Hotel. Though quite what chef Adam Reid would make of an impromptu karaoke session taking place in his restaurant remains to be seen. 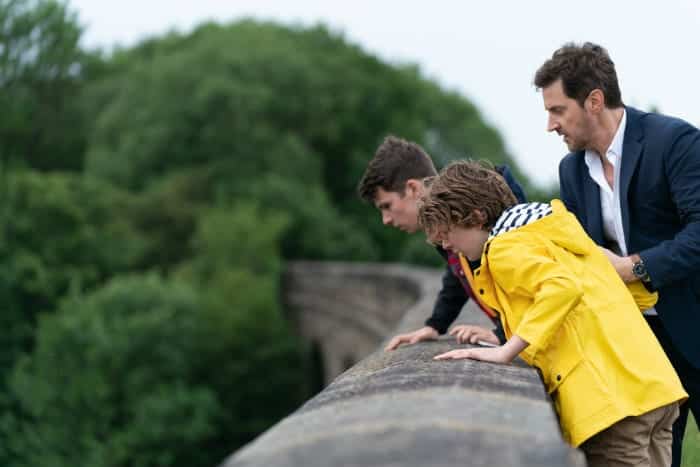 As the mystery unfolds, one of the main characters goes missing, which leads family and friends to set out and try and discover what’s happened to them. They follow a phone lead, which takes them across country to a viaduct.

These scenes were shot at the 19th century 65ft high Martholme Viaduct, which is located between Great Harwood and Read, and northeast of Blackburn.

The scenes with Suzanne

Suzanne Hope (Aretha Ayeh), the woman Corrine befriends, and who inspires her to do something outrageous involving a prosthetic, lives in Mellor Place.

It’s actually a new development of ‘Georgian style townhouses’ (as described by the developers) in Timekeepers Square, Salford, close to St Phillip’s Church.

Later, Adam follows Suzanne to a cosy café, which is Ancoats Coffee Co in the Royal Mills building. Filming for that scene took place back in March. 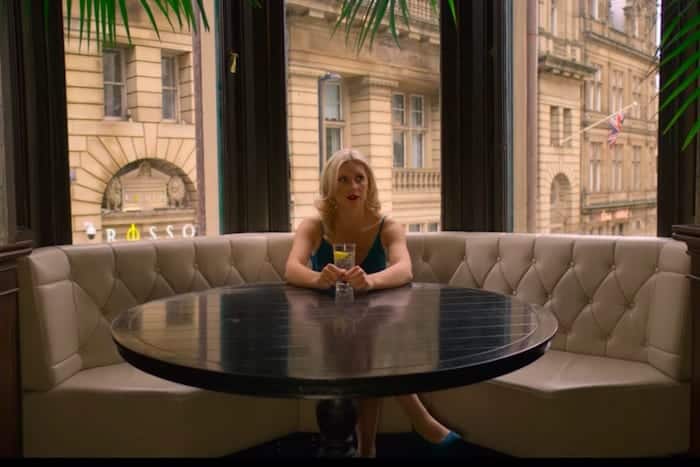 In episode five, DS Griffin (Finneran) organises a sting operation in order to find out who might’ve blackmailed her late friend Heidi.

Heidi’s daughter lays in wait to meet someone via the fictional findyoursugarbaby.com in what’s supposedly a hotel, but is in fact the Grade II listed Grand Pacific in Spring Gardens at the top of King Street.

Many of the show’s key players appear in the scene as undercover police, with the Long Bar, stairwell and impressive exterior all captured on camera. And you can see Rosso out of the window, too.

The Stranger is available now to watch on Netflix.