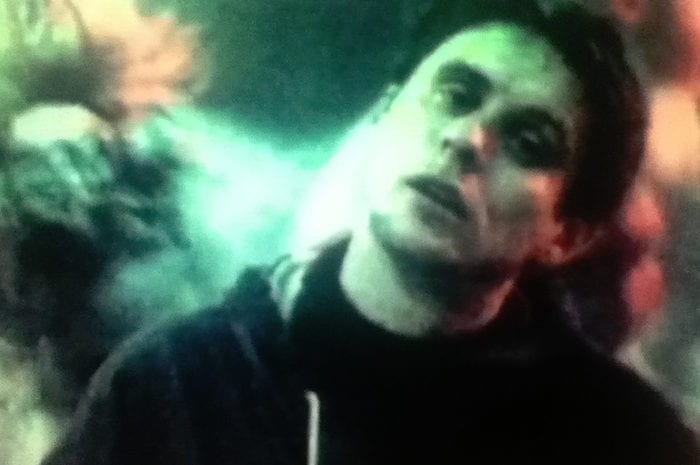 In the 1980s getting videos played on MTV and Channel 4’s The Chart Show was an important means to boost a music act’s profile and sales.

The video for Wrote For Luck by Happy Mondays, made by a Newcastle-born, Manchester-based duo called the Bailey Brothers, was one of the most significant of the 1980s. It was filmed thirty years ago this week.

Happy Mondays had recorded the album Bummed in 1988’s summer of love, as waves of ecstasy and acid house washed through the Hacienda.

Bummed was a collection of great songs more than adequately produced by Martin Hannett, but the feeling at Factory was maybe it didn’t reflect the attitudes and rhythms of dance music that were turning the band on in 1988, so a series of remixes was commissioned.

One remix of Wrote For Luck, by Paul Oakenfold, was known as the Think About the Future Remix.

When aspiring film-makers, the Bailey Brothers – Philip Shotton and Keith Jobling – were given the task of making the Wrote For Luck video, they called on the services of Richard Heslop. He’d worked on Derek Jarman’s experimental film Imagining October, and directed the video for The Queen Is Dead by the Smiths.

Legend, on Princess Street, was hired for the day and the evening of 19th October 1988. It was a basement club that had once served as a bomb shelter and later became known as 5th Avenue.

Why film the Mondays video at Legend and not the Hacienda? It had just had an upgraded lighting system installed, and the space was more suited to their purposes as well. They didn’t need such a big crowd to make the video work.

The Bailey Brothers decided to the shoot the video in an observational documentary style, as if they were filming kangaroos in the outback. The intention was to show the Mondays in their natural habitat. No storyline, nothing forced or stylised.

“We didn’t want it to look like a pop video,” says Philip.

The Bailey Brothers enjoyed a good relationship with Factory. For one thing, there was never any intervention in the finished video. “It was always the director’s cut. Total control. But that’s what it was all about wasn’t it, with Factory?” says Philip. “It was about making a space for creativity.”

Happy Mondays videos cost between six and ten thousand pounds (as a rule of thumb, about a tenth of the New Order video budget).

The idea for the Wrote For Luck video required a crowd of ravers – not actors but genuine people on the scene. A few dozen were invited by rave ace-face Eric Barker.

DJ Dave Rofe was playing the tunes, everyone was dancing, but there was a slight hiatus. Shaun Ryder said he wouldn’t move until more ecstasy arrived and kicked in. Dave Rofe played on. Then Shaun was ready, the cameras rolled, and it was all done in two takes.

There was a sense that a moment of cultural change as great as punk had arrived, and the video had captured that.

After a short discussion about whether the enthusiastic use of strobe lighting in the video would destroy peoples’ brains or not, the video was biked over to The Chart Show. The record managed to slide into the independent charts but didn’t trouble the Top 100.

Phil Shotton described it to me as “an advert for the scene”. It was an era before instant social media could shed light on anything emerging.

Back then, you might hear a rumour or a song or see a photograph, but getting a glimpse of all the elements of a scene, including the visual, lifestyle elements, was rare. That’s why the Wrote For Luck video was so important; those few minutes broadcast so many aspects of the acid house revolution, from the associated fashions, to the raggedy dance moves.

In the 1960s, mod fashions, music, and dance moves were transmitted into the nation’s living rooms by the TV show Ready, Steady Go.

Similarly, we’d heard the music, but films like Beat Street extended our knowledge of hip hop culture in the early 1980s, showing us breakdancing, DJing and new styles of graffiti.

The Wrote For Luck video was a giant shout in the process of spreading the word. Almost exactly one year later, the world had caught up; the Happy Mondays appeared on Top of the Pops, on the same episode as the Stone Roses, a feast of flares and raggedy dance moves.

Tony Wilson loved the Bailey Brothers. I remember leaving Rob’s funeral in 1999 where I’d gone with Philip Shotton. We were walking away down the road. Tony and his girlfriend Yvette were alongside us, but what do you say? We silently shook Tony’s hand, and then he looked at Philip.  “Let’s meet next week, discuss that project.”

The remark might not have been as substantial as the circumstances called for, but it was certainly a reflection of the Factory ethos. There’s always the next project. Let’s crack on. Think about the future.