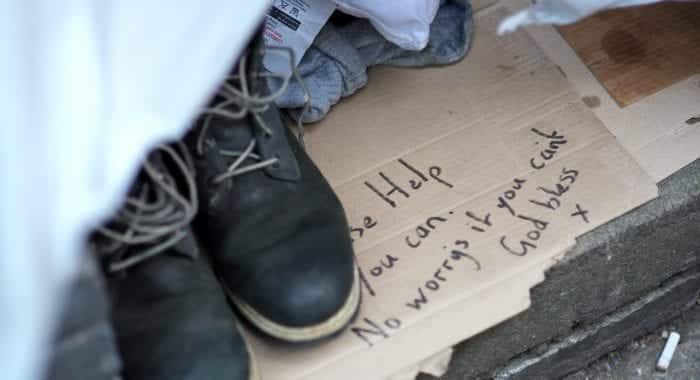 An ambitious three-year project designed to tackle homelessness in Greater Manchester has housed over 300 people across the region in just three years.

The GM Homes Partnership, established in 2017, comes to a close this month and says it has exceeded all expectations thanks to its new and innovative approach to tackling the issue of entrenched rough sleeping.

Greater Manchester Mayor, Andy Burnham personally backed the partnership, and said the model had “laid the groundwork for all sorts of homelessness programmes and strategies that have followed.”

Since 2017, the number of people recorded as sleeping rough on the streets of the city-region has declined by 57%.

The initial aim of the project was to work with 200 people experiencing long term homelessness, through the dedicated support of delivery partners Great Places, Shelter and The Brick.

To date, GM Homes Partnership has supported almost twice that number (356 people) into accommodation, thanks to support from Greater Manchester Housing Providers (GMHP).

The initial funding sum was increased in 2018 to £2.6m, due to unprecedented demand from participants and the ongoing success of the project.

One of those people helped, Teresa, was initially scared of having her own flat. But she is now one of the 356 people successfully housed, she recently paid off her debts and says she is excited about the future.

This is partly down to personalised wrap-around support which includes one-to-one key worker guidance and access to drug, alcohol and mental health services to provide individuals with all the support needed to live independently.

“Our Social Impact Bond (SIB) has made a massive contribution to that journey of greater understanding and I would to pay genuine tribute to all the partners: Bridges Outcomes Partnerships, One Manchester, Trafford Housing Trust, Shelter, Great Places, The Brick, the Greater Manchester Housing Providers and the Bond Board.

“The SIB’s successes are obvious and deserve enormous praise – in many ways, as a model it has laid the groundwork for all sorts of homelessness programmes and strategies that have followed.

“The SIB, alongside other schemes we have commissioned at GMCA, has helped turn lives around and has had a truly positive impact on the numbers of people who are sleeping rough.

“Many people now have safe and warm homes, as well as the support they need, and thanks to the SIB can look to a positive future.”