Two days of live music, talks and wellbeing experiences - plus performances from Nothing But Thieves, The Slow Readers Club and The Lottery Winners
Share
Tweet
Share
Chat

Next weekend, Headstock will take over United We Stream to host a free virtual music and mental wellbeing weekender to mark World Mental Health Day on Saturday 10th October.

The two-day virtual event replaces a previously planned week-long festival pencilled to take place across Manchester during May 2020.  Unfortunately like many other live events, it had to be postponed as a result of the global pandemic.

The weekender festival will feature exclusive performances from the likes of UK chart-topping rock band Nothing But Thieves and acclaimed Irish rock band Kodaline, alongside some of Greater Manchester’s most exciting bands including Larkins, The Slow Readers Club, The Lottery Winners and Lucy Deakin.

You can also expect an evening of comedy curated by Nodding Dog Comedy, filmed in Escape to Freight Island, and an event with notorious sober rave Morning Gloryville, inviting viewers to rise and shine with Liam Browne’s Yoga Rave before the legendary DJ Paulette takes over with an exclusive two hour set.

There will also be wellbeing sessions across the weekend including Yoga Nidra with DJ and Bestival co-founder Rob Da Bank, a Sound Bath with Morning Gloryville, and Energising Morning Flow and Sound Healing workshops delivered by boutique gym BLOK.

Closing the weekend is seminal night club series The Warehouse Project. Known for hosting legendary nights in Manchester since the mid noughties, they will showcase a four-hour party, followed by an exclusive performance from House Gospel Choir, and back-to-back headline sets from Liverpool DJ and producer Yousef and Leeds electronic duo Prospa.

All of this will lead into Art Battle Manchester’s epic event conclusion, which will see eight artists going head-to-head to create a masterpiece in just 30 minutes. The artwork will then be auctioned off and proceeds split between the artists and Headstock’s charity partners.

“Through the power of music and shared experiences, our goal is to create change by changing the conversation around mental health,” said Headstock founder, Atheer Al-Salim.

“Music has a huge role to play in our physical, mental and emotional wellbeing and that applies now, more than ever.” 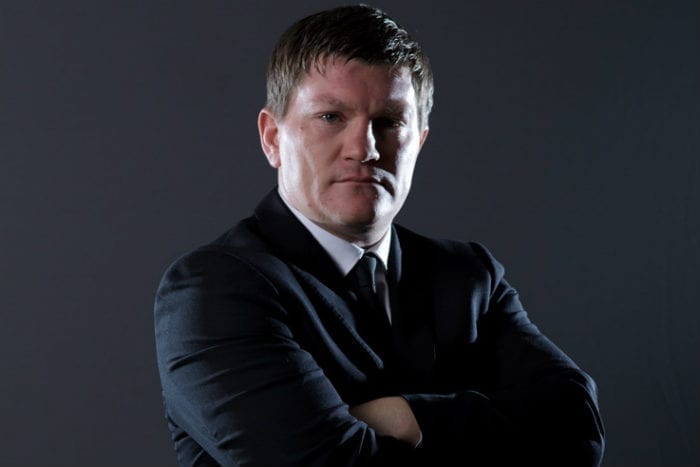 Headstock Weekender will also feature exclusive talks and interviews with the likes of former World Champion boxer Ricky Hatton MBE, who has spoken openly about his mental health, DJ and founder of Happy Days for Everyone Brandon Block, BBC Radio 1’s Dr Radha along with wellbeing sessions from the likes of epidemiologist and author Professor Tim Spector and life coach Josh Connolly.

“The Headstock Festival is a great idea and it’s so important to be having such a positive event during these difficult times,” said Ricky Hatton.

“We all have to manage our mental health, particularly as we deal with lockdown and this can be as simple as going for a walk or run, listening to music or hitting the punchbag. You have to try and do something you like everyday and stay connected with the people around you.”

United We Stream executive producer, Sacha Lord said: “In my role as Night Time Economy Adviser for Greater Manchester, I am fully aware that my sector is more prone to mental health, than the majority of other sectors.

“With new measures in place, many venues still closed, there is an underlying amount of fear and anxiety for the future, not just amongst operators, but amongst employees too.

“The next few months see us venture into the unknown and this reiterates the importance of Headstock. We need to be talking, we need to be looking out for each other.

“Music brings us together and I’m delighted that United We Stream could again help out Headstock as a platform.”

The  Headstock festival will take place exclusively on United We Stream GM on Sat 10th and Sun 11th October. Find out more and donate here.