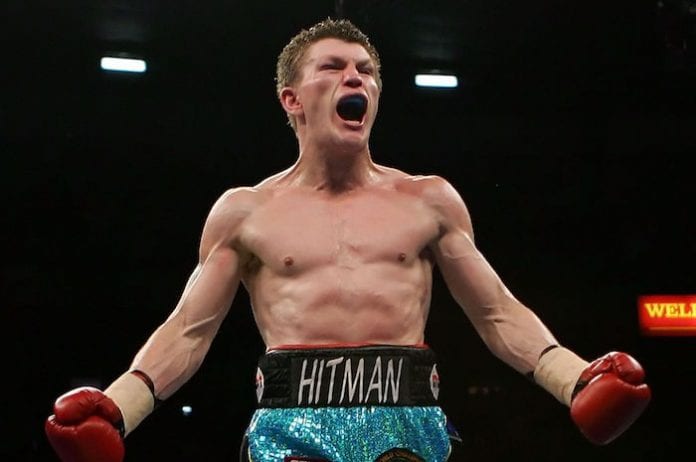 Former world boxing champion, Ricky Hatton MBE, has been announced as one of the inductees to be added to the City of Champions Hall of Fame 2019.

Organised by the Diane Modahl Sports Foundation and Manchester City Council, the City of Champions gala dinner celebrates the success of people in sport, education and business who are giving back to the next generation of champions.

“I’m a Mancunian born and bred.” There’s never ever been a world champion from Great Britain that has had a fan base like @HitmanHatton #ILoveMCR pic.twitter.com/xoBTGVPJs6

It’s an important fundraiser for the Diane Modahl Sports Foundation and offers local businesses the chance to rub shoulders and dine with sportsmen and women from a number of fields.

At last year’s event, the Foundation introduced the B Inspired Award that recognises and awards a hidden gem who has made an impact or contribution to the development of expressive art.  Last year grime artist Bugzy Malone received the Award, one of the most successful independent artists in the UK, with almost 250m streams & nearly 200,000 album sales to date.

This year, the B Inspired award will go to former world champion and lead dancer in Michael Flatley’s Lord of the Dance James Keegan, who will also perform at the event.

Ricky Hatton is undoubtedly the most compelling British boxer of his generation, and his induction into the City of Champions Hall of Fame will celebrate one of the most remarkable careers in British sport.

Generally considered to be the people’s champion, Ricky has since enjoyed success as a boxing promoter and trainer, and he gives back to the community through his work as patron of charities Prevent Breast Cancer and Barnabus, a Manchester-based homeless charity.

In 2005, Ricky was named Ring Magazine’s Fighter of the Year, the only boxer from the U.K. to be so honoured, and in 2007 he was awarded an MBE in the New Year Honours for services to professional boxing.

Commenting on his induction, Ricky said: “Being recognised for things I’ve done outside of the ring as well as in it makes me very proud, and to be recognised in my hometown of Manchester is the icing on the cake.”

Diane Modahl was one of Britain’s most accomplished middle distance runners,  represented Britain at four Olympic Games, and won gold, silver and bronze medals at the Commonwealth Games.

She made history by holding the English, British and Commonwealth records and was unbeaten by any other British athlete at her specialist distance of 800 metres for six consecutive seasons.

After retiring from athletics, she went on to establish the Diane Modahl Sports Foundation alongside her husband, Olympic coach Vicente Modahl, as a way of helping young people benefit from everything sport can offer. The Foundation champions young people from disadvantaged areas in the region and aims to help empower them in all areas of life.

In 2018 she was awarded an MBE for her services to sport and young people in the North West of England.

“Boxing is a sport very close to my heart having grown up in a family of professional boxers,” said Diane.

“Ricky is a sporting legend and one of boxing’s true superstars; he has appeared at the highest level on the world stage and he has won world championships involving some of the most nerve wrecking and exciting matches broadcast on TV.

“Now, as a trainer and promoter, Ricky is an advocate for hard work and proper passing of knowledge. He developed real life skills by overcoming personal challenges, and his dedication, understanding, respect and authenticity makes him an ideal role model for young people.”

The gala dinner will take place at The Manchester Hilton Deansgate Hotel on 31st October and will be hosted by BBC broadcaster Will Perry. Tickets are available here.