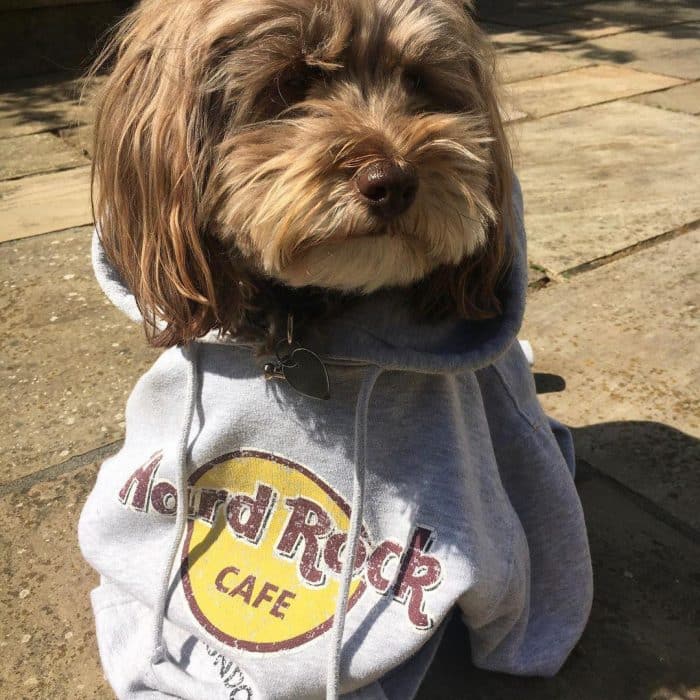 Fine dining doesn’t just have to be for humans anymore. Nope, it’s now available for our furry friends too thanks to Hard Rock Cafe Manchester.

Hard Rock Cafe Manchester, situated in the city centre Printworks district, has revealed its new ‘paw patio’ menu offering pet-friendly meals for our dogs. Launched to celebrate International Dog Day on August 26th, now is the perfect time to take your pal out to eat with you.

The three-course treat for man’s best friend will be available to any diners booked to eat on the outside terrace – whether you’re a fan of The Beagles, David Bow-wow-ie or The Pointer Sisters.

The doggy delights are free with any full-priced (human) main course and include a complementary canine cocktail, a puppy patty and a doggie dessert. Doggy diners will only be allowed on the outside terrace, so no seats inside for furry friends yet.

Considering how many of us became dog owners during 2020 and lockdown, it was a matter of time before we needed dog friendly dining options so our pups can join in on socialising too. Hard Rock Cafe Manchester said they were regularly inundated by requests to bring furry pals along, so naturally the paw patio menu was born.

Aneta Jarzmik, General Manager at Hard Rock Cafe Manchester, said: “We regularly get asked by guests whether they can bring their dogs or if they can have a bowl of water for their pet; we decided to go one better and give them their own menu!”

Where else can dog owners dine with their pets?

Hard Rock Cafe Manchester isn’t the only destination that is pet friendly, there are lots of other options for when you want to dine alongside your four-legged friend.

There are plenty of dog-friendly spots in Manchester for dog owners who want to eat with their four-legged friends but some highlights include Castlefield’s The Wharf, Northern Quarter’s Pen and Pencil and Three Little `Words nestled on Watson Street.

If you want to take it one step further, then you can now stay in a hotel alongside your pet with the opening of new city centre hotel DogHouse Manchester. The north’s first craft beer hotel is catered towards beer loving fans and comes from renowned independent brewery BrewDog who have also extended their hospitality to four-legged friends. Dogs staying the night will be treated to a dog bed, water bowl and plenty of dog treats.

Find out more about The Printworks here.