Atlas Bar, in the railway arches of Deansgate, first opened back in 1996.

Back then, the independent bar was the pre-drinks base for the nearby Hacienda nightclub – and it also became Manchester music mogul Tony Wilson’s local.

It was here, back in 2001, where Tony rightly predicted that Manchester was about to become the world-beating city we all know and love today.

“Manchester is poised,” he said in an interview at the time for The Guardian. “Something is coming. It feels very exciting.” 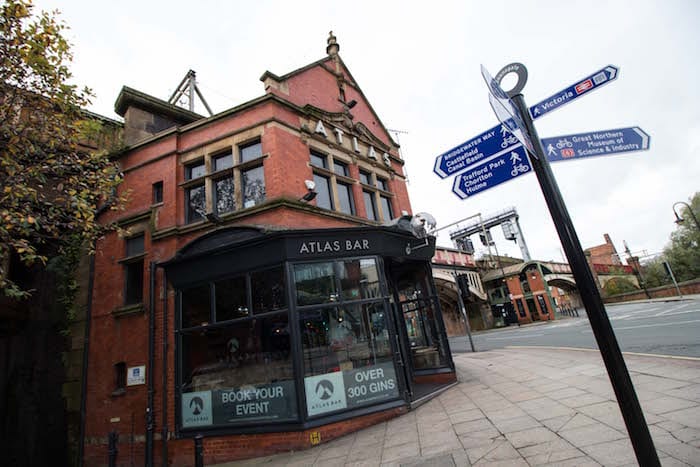 Fast forward a few years to 2012, and Atlas was about to undergo a huge transformation under the new ownership of Mark and Elaine Wrigley, who are now celebrating 10 years at the helm.

A perfect example of the venue’s forward-thinking mindset, they set about turning Atlas into the city’s top gin bar, pre-empting the spirit’s rise in popularity by a good few years.

“Atlas was in a huge state of disrepair and underinvestment when we took it on, and it was a huge leap of faith on our part,” recalls Elaine.

“We put everything that we had into it!

“We undertook a major refurbishment in October 2012, and have continued to invest ever since. 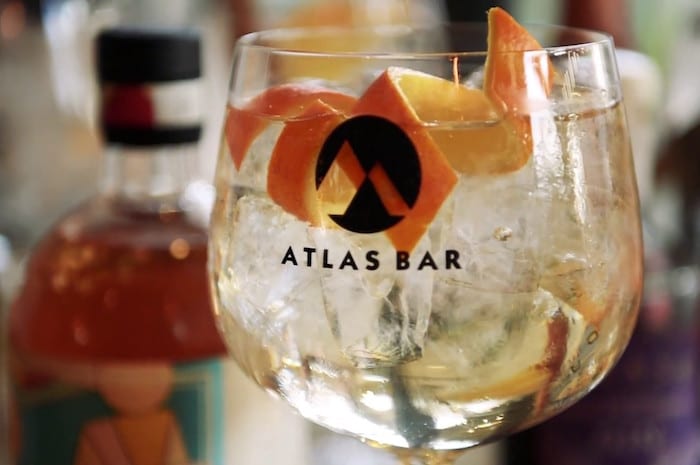 “We launched with 28 gins – which was 21 more than anyone in Manchester city centre had at the time.

“We were fortunate to be ahead of the gin boom, and as the years have gone by, we’ve worked with hundreds of small gin distilleries from all over the world.”

These days, the 26-year-old bar stocks the city centre’s largest gin collection, with over 570 gins and counting.

Atlas was the first bar out of Scotland to stock Rock Rose and Harris, and the first to launch Four Pillars and The West Winds, from Australia. 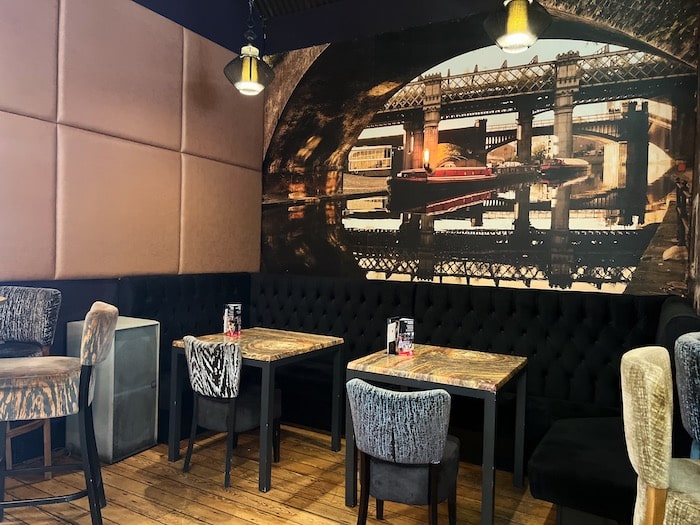 And the past decade is full of happy memories for Mark and Elaine – including “when Theo Paphitis came in for a gin masterclass, Bez from the Happy Mondays partying and DJing with us, Manchester Run days, when it’s just carnage in the bar, and watching our gin supper clubs and online shop grow.

“Adam Woodyatt, AKA Ian Beale from Eastenders, launched his gin at Atlas, too.

“Being live on BBC Breakfast, nationally, on 4th July 2020, was also an emotional day. Our first day open, after the first lockdown. Little did we realise that more challenges would come…”.

The venue also holds happy memories for Atlas’ customers – several of whom have frequented the iconic bar for decades. 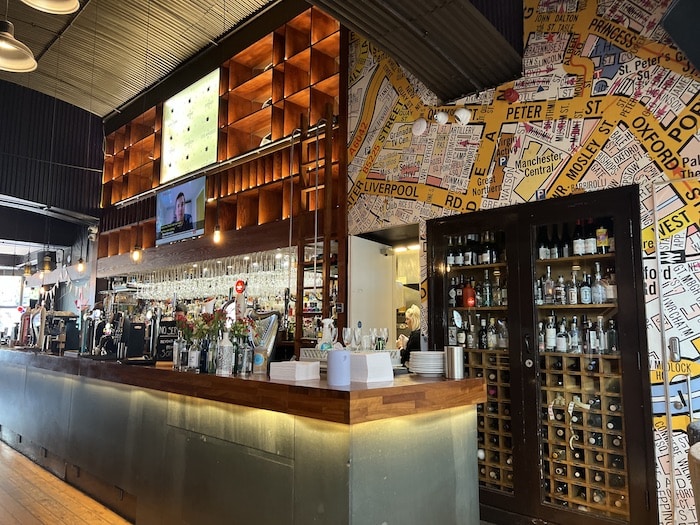 “Atlas was a Manchester institution before we took it on, and it’s always great to hear customers reminisce about being here years ago, and about the saxophonist who used to play above the old bar,” says Elaine.

“We also had Tony Wilson’s son visit one day.

“We love Atlas, and all of the hospitality community in Manchester, who all rallied together during the pandemic. We got so much support from Sacha Lord, Nina Sawetz, Lucy Powell, Andy Burnham and Gareth Worthington, to name but a few.

“Manchester has an enormous heart, and we love that Atlas bar is part of it.” 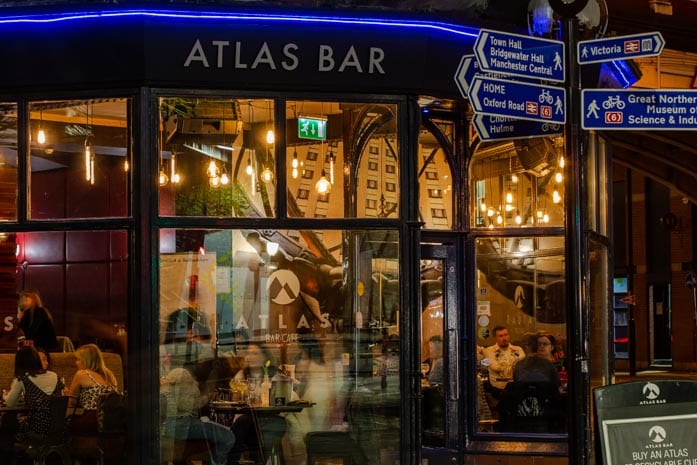 Vitally, says Elaine, they’ve had some amazing team members working with them over the years, “and it’s them who’ve created Atlas’ personality”.

The loyal customer support has also been “amazing”, she says.

“We’ve had some customers that have been with us right from day one, and we’re so grateful.”

To celebrate, Atlas are running a half price promotion on their bestselling gins and Double Dutch tonic – which means you can get a top notch (and incredible value) G&T for just £5, or £7 for a double, this month. 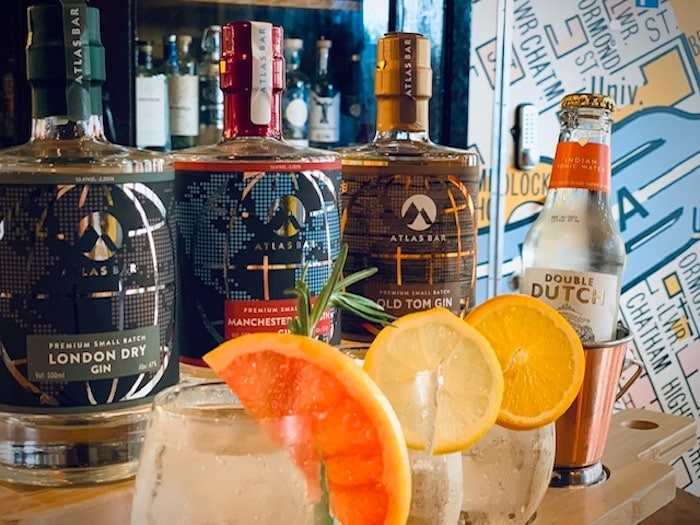 And gin fans should also check out the competition running very soon on I Love MCR’s Facebook and Instagram until 30th June 2022, where you can win four bottles of the bestselling gins plus a crate of tonic and some official Atlas Bar glassware.

Happy birthday, Atlas – and here’s to many more decades.