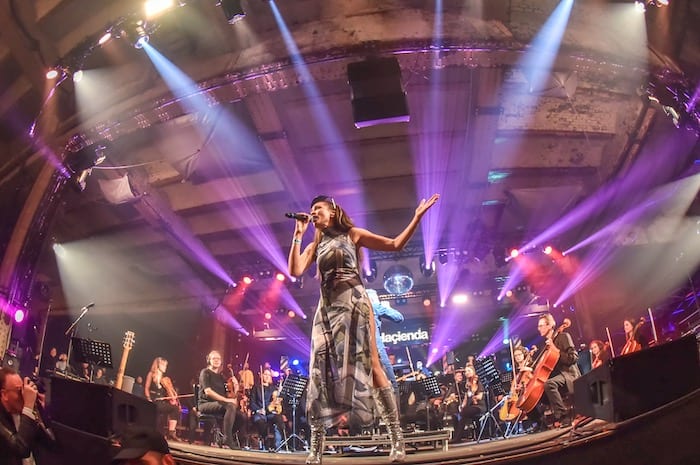 From one warehouse to another, this weekend the Hacienda crowd revived itself at Depot to party like it was 1989.

The original nightclub may be no more, having since been turned into a block of flats (a fate that seems to have beset many of Manchester’s clubs in recent years), but – as Saturday night showed – its spirit lives on still.

It is, after all, a sad affair when a beloved nightclub closes. These are places where lasting connections were made and friendships formed. Some might have lasted a few hours, others decades.

And this was the club that kicked off the house music revolution. The club that brought New York cool to rainy Manchester. For that, it can never be forgotten. This perhaps explains why a night out at Hacienda Classical is unlike any other rave in the city.

The idea in itself – to take the tunes from the acid house summers of love and recreate them with a 70-piece orchestra and choir – is a bit of a mad one.

The suspicion of course, for those who’ve never been, might be that the formality of an orchestra would transform the experience into a rather sedate affair. In practice, though, this couldn’t be further from the truth.

The night was billed as Hacienda Classical’s biggest event yet – sprawling across two gargantuan rooms inside the abandoned train station. And fans came from far and wide. This wasn’t solely a Mancunian affair.

Alongside the main event, sets came from Sub Sub, Soul II Soul, A Certain Ratio, Arthur Baker, K-Klass, Tom Wainwright, Justin Robertson, David Morales, Louie Vegaa, Marshall Jefferson and Greg Wilson – each focusing on beloved hits from the past, rather than showing off contemporary selections for the most part. 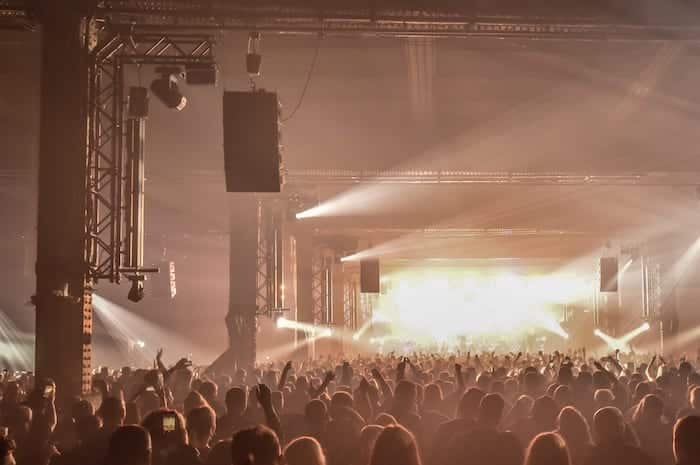 At the main Depot stage, crowds danced between supporting industrial columns as if no time had passed at all – the only giveaway being the absence of the iconic striped black and yellow design.

Smoke poured into the crowd as singers Yvonne Shelton, Rae Hall and Melanie Williams belted out hits like Snap!’s Rhythm is a Dancer and Indeep’s Last Night a DJ Saved My Life – wowing us all with their incredible vocals.

Confetti cannons burst with gusto from either side of the stage, showering loved-up ravers in shimmering clouds as they danced under flashing lights, as famous Hacienda co-owner Peter Hook cut an impressive figure on the bass.

And as 10,000 sweaty ravers danced together in the laser-striped darkness to the sounds of their youth, it was clearer than ever – the Hacienda might be gone, but its Madchester essence is untouchable.

The Hacienda will be holding it’s first New Year’s Eve Party in five years this year. Find out more here.