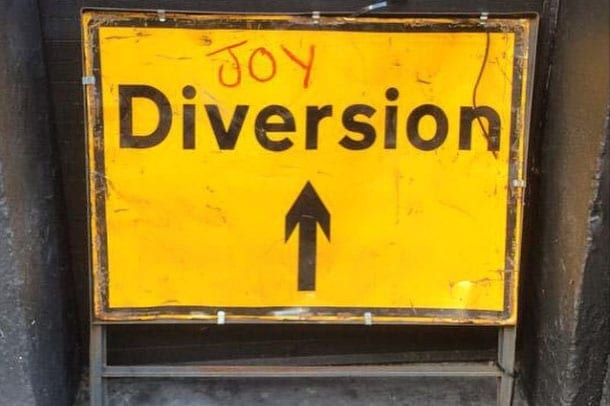 If you’ve tried to get in, out or around the city centre in your car recently, it’s probably safe to assume that you’ve found yourself feeling….frustrated.

Manchester is not an easy city to negotiate at the moment, thanks largely to the installation of a new city centre tram crossing – 2CC – improvement works to Victoria train station, a new bus priority system on Oxford Road, works to Oxford Road station itself, utilities replacements across the city centre (mostly in the same place at the tram works)….the list is long, and for the general public, confusing.

To the average punter, it’s all just ‘roadworks’.

Bundle that all up with the occasional road closure when there’s an ‘incident’, or a traffic light breaking down, and you can often find yourself sat still in your car, with lots of other exasperated motorists.

Of course, it probably pays to remember that when you’re stuck in traffic, you actually are traffic. And if you’re not part of the solution, etc.

But still, the last 12 months have been difficult for the average visitor to the city centre. Quite often, you simply don’t know where you’re going.

Unless you’re under 23 of course, because your heads is CONSTANTLY BURIED IN YOUR PHONE.

The overriding feeling behind the works, however, is that is has to happen for the good of the city, and its continued growth.

Buoyed by a growing recognition for Manchester as a cultural destination, the city has to be able to cope with the influx of visitors, especially as the airport continues to develop routes in markets such as China and the US.

Some may question the need for a tramline across the city centre, although linking it to the airport is undoubtedly decent common sense.

The Metrolink network will also connect to the Trafford Centre. Some may see that as a potential drain on the city’s shoppers to the Dumplington competitor. Others will argue that the TC will act as a massive park and ride for the city centre. A cute piece of PR, but it will be interesting to see the movement between the two competing ‘experiences.’

Think of it this way. The competition from other cities starts and ends at opposite ends of the M62.

Leeds has gone big on redevelopment, making a huge noise about two major projects it felt was important to the growth of the city. They were a big new shopping centre (we’ve already got one – Manchester Arndale had around 41.5m people through it in 2014) and an arena to host gigs and events (we’ve had one of those for ages too, and Manchester Central covers off plenty of expos).

Liverpool has continued to develop its docks and waterfronts (technically Salford Quays in our case, but check, and MediaCity is doing more than ok) and, like Leeds, developing an exhibitions and gig venue/arena (see above).

So the logical step is to make all those bits join up much better.

The ‘bread and butter’ local visitors and their journey into the centre needs to be made as easy as possible, despite the biggest piece of infrastructure works post-bomb.

Which means the existing public transport network needs to function properly as the works continue. A challenge in itself.

There are another two years until the tram works are officially finished – which will include another run of the Manchester International Festival, two lots of Christmas Markets and a whole gamut of city centre events designed to bring large numbers of people in.

Will it all be worth it? Opinion is at times divided. Some moan and start ill-advised social media campaigns that will probably do more harm than good in the long run; others choose to just accept is without being overly thrilled.

And so must we, I suppose, in the hope that it will deliver all the improvement promised. Even if you’re stood on a Cornbrook tram platform.

Better than being stuck in your car though, innit?