Robbie Williams who was twice part of the group Take That descended on Manchester for four nights this week and along with him came a little over 200,000 screaming hungry fans! We took an absolute battering this week in the kitchen, although fun and it has an adrenaline rush of like no other, it is extremely hard work.

All the team here worked hard and fast to cope with the numbers, and almost all of us worked right through the day; a phrase people do hear often is the chefs term ‘AFD’ which has a literal meaning of ‘All F@%king Day’, morning start right through till the end of the night service. A slightly un-glamorous outlook of a chefs life. But, nonetheless everyone enjoyed it and we wait (nervously) for next years show stoppers!

Last week I introduced our tiny little apprentices and gave you a recipe from ‘Pineapple’s’ repertoire. 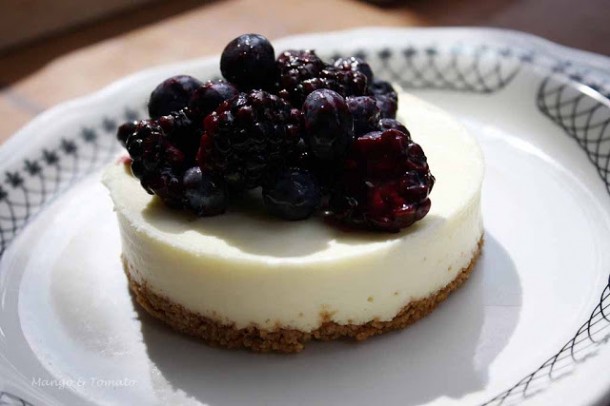 This week Adam ‘Forrest’ Pitfield has a recipe he has picked up from the pastry section downstairs in the Michael Caines Restaurant. Again his brief is to keep it simple but let the flavours shine. (For those wondering on his nickname. it’s due to the fact he nearly won the Bupa 10k on his first attempt! Run Forrest!)

You can halve this recipe if you wish but it depends on how much you want to make, this recipe make around 10 dariole moulds.

Heat the cream and milk with vanilla and sugar, then dissolve in the soaked gelatine. Cool the mix in the fridge slightly and pour into the moulds and set for at least 6 hours.

Serve with a handful of Scottish raspberries and smash up the biscuits and sprinkle over. Yummy good food!!