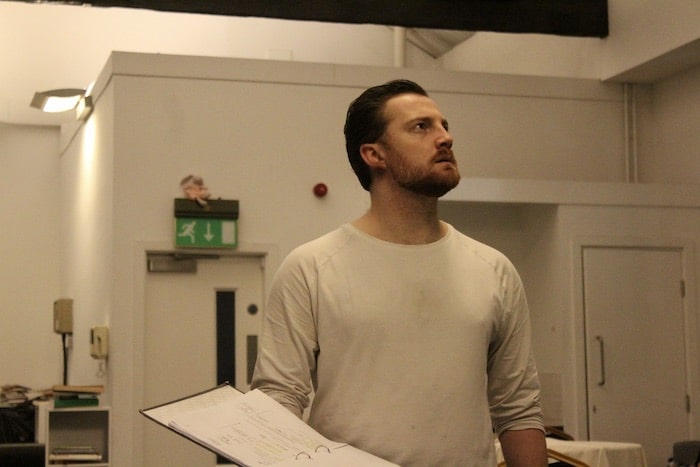 Gabriel Clark is a well-known face to fans of the popular continuing drama Hollyoaks, as he played Ollie Morgan, whilst still studying his Drama and English degree at Manchester University.

Gabriel is now part of the theatre company SwitchMcr and their ethos is that all of their productions are accessible to all, they offer reduced rate unwaged tickets and pay what you can. Their latest production is a ghost story called The Other Side. We caught up with Gabriel to find out more about the play, Manchester and the venue/company that provides this young company with heaps of support 53two.

What made you decide to write a ghost story?

After working together on Switch’s 13-person strong dystopian ensemble piece We Won’t Fall (2020) Andrew Long, my co-writer, and I were really keen to challenge ourselves in a different direction. We spoke about genres and the importance of audience in theatre and kept coming back to the discussion of there being only 2 genres, comedy and horror, where you are deliberately trying to elicit a specific response from the audience, laughter or fear…

We’re both big horror fans and the idea of bringing a ghost story to the old brick arches of 53two just seemed so right. It’s a great challenge and was such a fun story to discover together.

The Woman in Black and 2:22 A Ghost Story have proven to be big hits on stage. Are there any stories that have influenced you, once you sat down to write The Other Side?

Absolutely! Both of those plays, alongside Ghost Stories, are just brilliant, and also three of the only examples of horror on stage. It’s such an interesting genre to take into a theatrical space; the inability to have a jump scare with a smash cut to a scary face really forces you to interrogate what horror actually is.

In finding those nuggets nestled in the genre we started to really realise what scared us the most. For me it’s the slow builds, the silences, the unknown. Stories like Hitchcocks’s Psycho, Kubrick’s The Shining, and the Weeping Angels in Doctor Who were big influences on me, the way these creations just take their time and really play of the things that are hiding just around the corner, behind doors, in graveyards and basements… Being asked to fill in the blanks with your imagination will always be the scariest thing in horror!

With everything that is going on at the moment, in what ways does writing offer you with an escape?

It allows me to just disappear into totally different worlds, some where everything is so much better than it is right now, or some – like The Other Side – that make me very grateful I’m not living in my character’s world!

Do you have a routine that you stick to when directing?

As a director I like to be as collaborative as possible, the best idea is always the best idea – where or who it comes from doesn’t matter! We try to keep things light, especially given the genre. This process has genuinely been so lovely, every rehearsal I leave beaming with joy, the cast and creative team are so passionate about the show and so committed to finding and realising a collective vision that we can share with the audience.

The fact that I can’t ever walk through the city without bumping into someone I know and having a catch up, the theatre scene, my friends, the food! Everything (apart from the rain)!

What would you change about the city, if you could?

Funding, I wish everyone had a safe space where they were warm and had enough to eat.

What impact did Hollyoaks have on your career?

It taught me SO much, how to learn lines fast, the importance of working efficiently and effectively, how to identify and understand a style, it’s given me so much, a platform to speak about things on, but most importantly it gave me lots of friends and love from the amazing Hollyoaks fans.

What are your best memories of being on this popular show?

The people. Without a doubt the people. The chats over porridge in the morning, the laughs between takes, the incredible crew, the moment you get a script through and don’t ever know what to expect. I loved it. 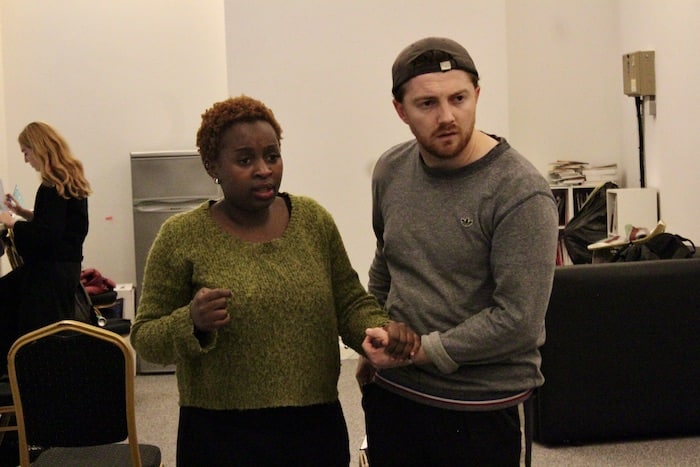 53two is a welcoming space but how has it helped you as a company?

53two, and Simon Naylor, have been absolutely incredible. They are more than just a welcoming space, they’re a home to us and so many people. They have supported us in so many ways and we are so proud to be their resident Next Generation Artists.

If someone has never seen your work before, how would you sell The Other Side to them?

I’d say expect the unexpected, this is our take on horror and it will be bold, big and heartbreaking. We’re really not pulling our punches with this one, it’s by far the biggest and most ambitious thing we’ve done and we can’t wait for people to see it!

The Other Side is at 53two from 25th October – 4th November and tickets can be booked here.