For adults only: the X-rated circus coming to Manchester this month 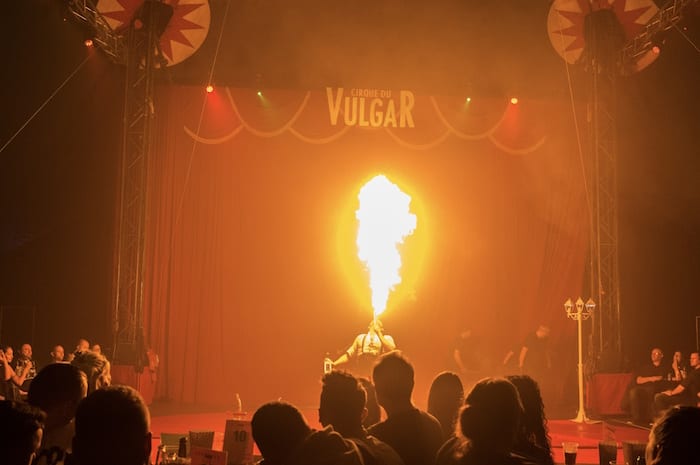 Anyone with a taste for the raunchier side of life is in for a huge treat this month.

For one night only, you are invited to experience a unique and eye-opening alternative  show featuring mind-blowing performances from some very unconventional characters at Cirque du Vulgar.

It’s not your traditional circus with performing seals and clowns. It’s the UK’s biggest circus of sex.

Leave your inhibitions at the door and prepare to be taken on a journey to a whole new world inspired by a love of all things vulgar. 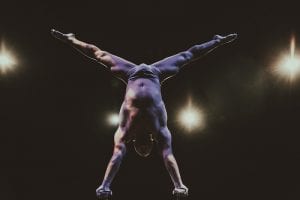 Expect nudity and naughtiness galore with both male and female performers baring all. From the three stunning Vulgarettes who perform topless feather dances to sexy chiselled acrobats, it’s a night which promises to be unlike any other – and quite possibly one you’ll  never forget. 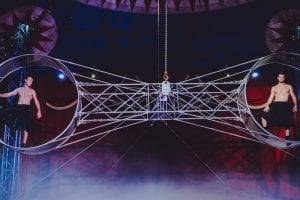 And if that’s not enough to get pulses racing, expect a huge adrenaline rush when the performers take on the Wheel of Death which rotates high in the air.

Providing bucket loads of sex and comedy in equal measure, expect champagne on ice, trousers ripping off at the velcro seams, a hilarious Only Gay in the Circus performance and sexual tension to the extreme. This is one circus you will most definitely want to run away with. 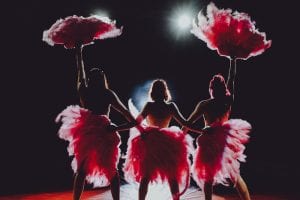 VIP tickets include a ringside table with drinks service from the Vulgar characters themselves – which means you’ll be getting up close and personal with the cohort of characters.