First taste of new Tom Kerridge restaurant at The Stock Exchange – what can diners expect?

Tom Kerridge’s eagerly awaited new restaurant is opening in Manchester this week. It’s already heavily booked over the coming months with diners keen to see what the Michelin starred chef will bring to the city.

The name for the new restaurant, housed under the magnificent dome which for decades was the trading floor of the Stock Exchange, is The Bull & Bear.

We’ve already had a taste of Tom’s Sunday lunch, when he came to the MFDF dining dome to deliver a spectacular roast which included brisket stuffed Yorkshire puddings. But what else can diners expect?

Dishes are split into hot and cold small plates, ‘a bit bigger’ hot dishes, sides, a sweet section and cheese. There are also several rotisserie dishes, including a special of the day – a quarter chicken with cavalo nero, parsley root and chanterelles on our visit.

Small hot plates include a wonderfully creamy mushroom ‘risotto’ (£8.50), the recipe originally by Claude Bosi, which uses grains of oyster and button mushroom rather than rice. It’s lighter, but packed with intensely savoury flavour, dotted with melting mozzarella and topped with a glaze of aged Parmesan cheese. 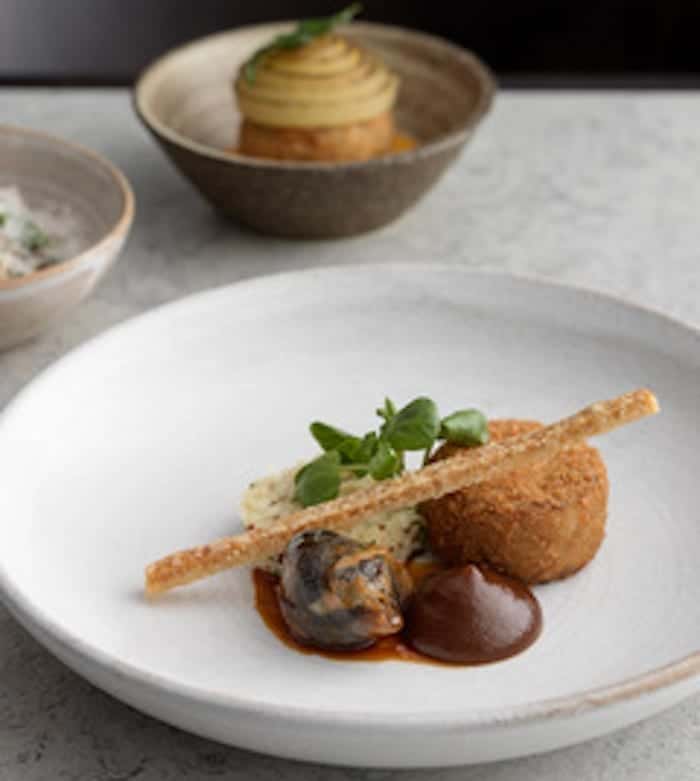 Onto cold options, and an earthy and smoky rotisserie beetroot salad (£8.50), lifted by tangy feta and a crunchy hazelnut dressing.

Other cold plates include smoked chicken and ham hock terrine with piccalilli (£9.50), and duck liver parfait with plum chutney and toasted brioche (£8.50).

Larger plates include fish fritter of the day with pease pudding and tartare sauce (market price), a towering burger with smoked bacon (£12.50), and a delicious round ball of steak and blue cheese ‘demi’ pie with roasted onion and ale gravy (£14.50). 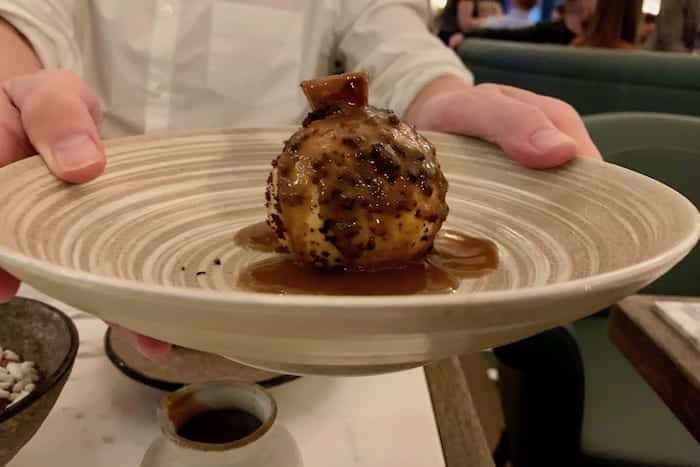 Venison chilli (£13.50) looks like an early favourite, with toasted rice cream, red wine and chocolate, as does a refined chicken kiev with maple glazed butternut squash (£14.50). 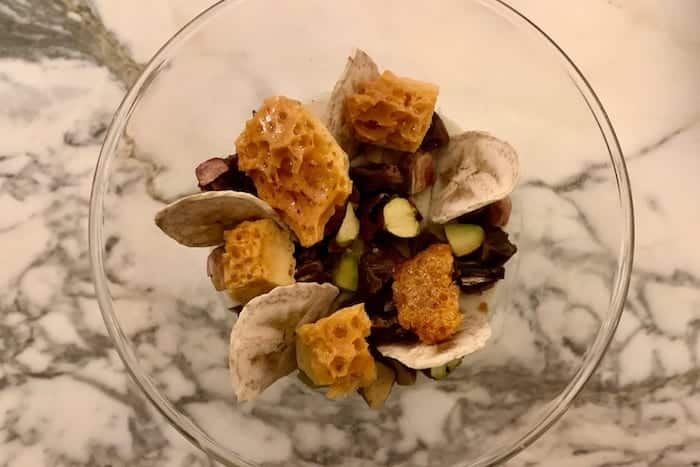 The interior domed ceiling of the former trading floor is grand, with furnishings including elegant green curved banquettes and comfortable leather armchairs. The colour palette is gold and green, inspired by the architecture and interior design of the hotel.

You can see the chefs at work in the open kitchen, and Tom says he’ll be overseeing the new operation while it launches.

But diners might find themselves distracted by the screens dotted about showing live sports. 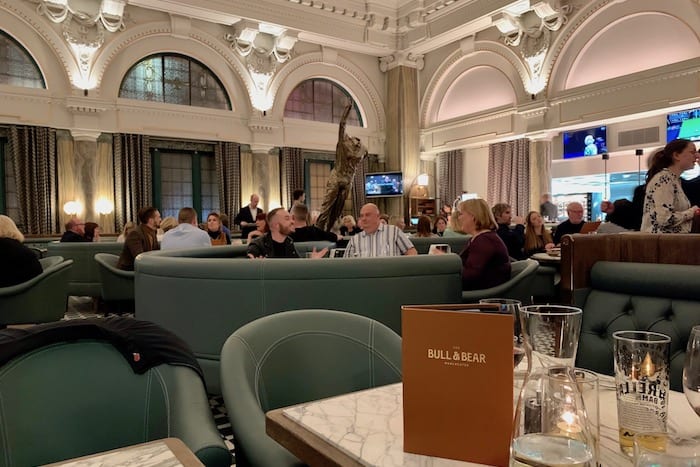 Service already seems slick and friendly during soft launch, which adds to the relaxed atmosphere. It’s an imposing space, but the experience isn’t stuffy.

“Our goal is to be somewhere that people feel welcome and looked after while enjoying some delicious food,” said Tom.

What’s the story? We are all ears when it comes to positive news and inspiring stories. You can send story ideas to [email protected]nchester.com