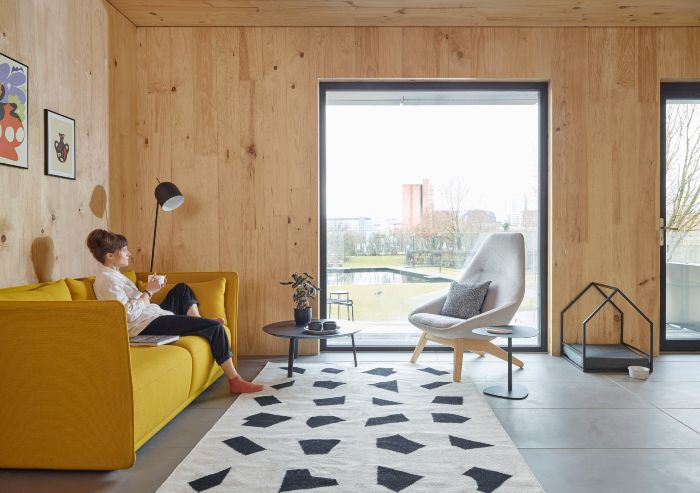 Having previously introduced their customisable Town House family homes in Manchester before rolling them out at neighbourhoods across the country, modern housebuilder House by Urban Splash has expanded its portfolio with its first apartments, called Mansion House.

You can see inside the new apartments, which are for sale now, thanks to a stunning show home created in collaboration with North West based international furniture design and manufacturing business Allermuir.

The completed show home sits within the first of three Mansion House blocks on the marina front at New Islington, Manchester’s most desirable neighbourhood.

The one- and two-bedroom apartments have huge balconies and dual-aspect views over the water and Cotton Field Park, towards the city.

The intelligent design means that small numbers of apartments, eight to ten, share a front door, allowing homeowners to get to know their neighbours and curate their shared spaces. 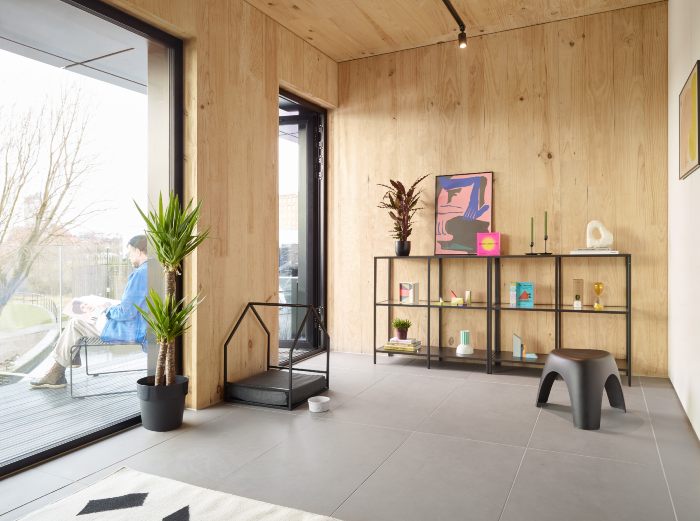 The material has been used for the main structure and the interior finish, bringing not only a unique look, but also environmental benefits thanks to its insulation performance – retaining heat in winter and letting the building breathe in the summer.

“Just as we did when we first introduced Town House in 2016, we are raising the design bar with Mansion House and giving home owners something genuinely new,” says House by Urban Splash co-founder Jonathan Falkingham MBE.

“We’ve worked for a long time on perfecting this apartment concept.

“Around a decade ago we started to think about the number of similar apartment buildings that were being constructed in Manchester – with homes arranged in a linear form, clustered around long, dark and uninviting corridors – and we considered what a better design would look like – more homely, more neighbourly.

“We could also see the same materials used both internally and externally. 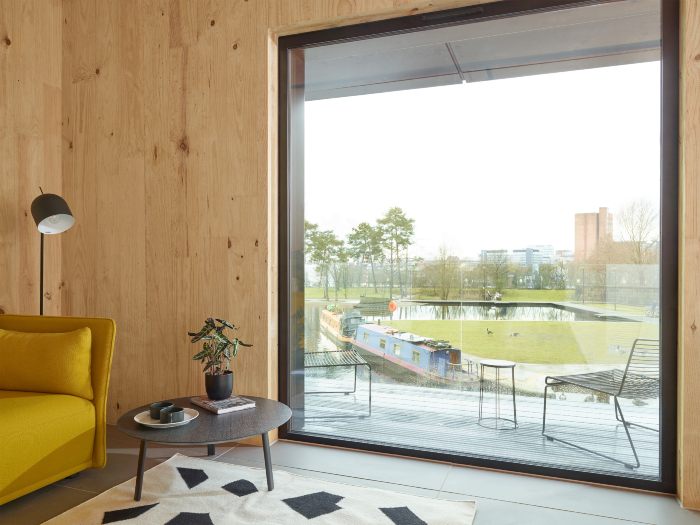 “Our inspiration came from Marcel Breuer’s approach in Flaine in the French Alps; there, the Bauhaus-trained architect created a series of precast concrete structures which would sit well with the mountainous surroundings.

“That is evident in every detail of Mansion House homes; from the materials, to the layout, to the resulting aesthetic.

“It is a product which perfectly complements what’s already on offer at New Islington and broadens the choice for buyers.”

Situated adjacent to House’s Town House homes in the heart of New Islington, overlooking the Marina and Cotton Field Park and the OFSTED-Outstanding New Islington Free School, Mansion House is in a prime location.

House is also progressing plans to create additional Mansion House blocks as part of the final stages of the regeneration of New Islington, which – alongside neighbouring Ancoats – has undergone years of transformation to become one of the city’s most desirable districts. 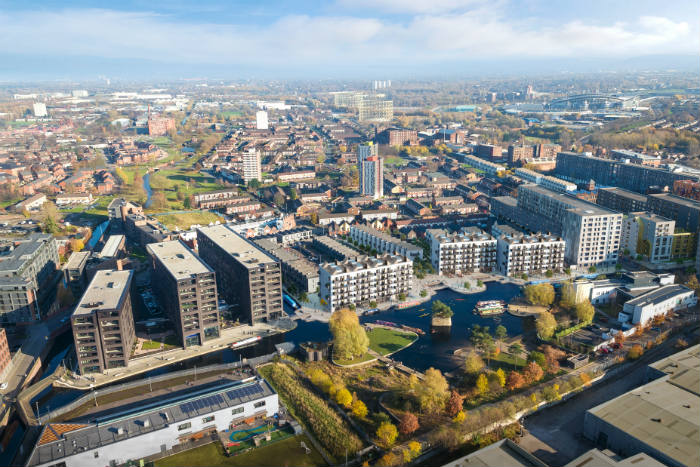 Two further blocks will be created, fronting the marina. There, buyers will be able to choose from nine flexible apartment layouts.

“Mansion house is all about space,” says Jonathan.

“Extra high ceilings and a dual aspect flood the rooms with light and provide long views, making the apartments feel spacious in every direction.

“Each apartment has a balcony, and if you’re really looking to maximise the sense of space, the two top-floor apartments at Mansion House have an additional ‘lantern’ that increases the ceiling height to nearly five meters.

“Comparisons between Mansion House and your average new build apartment are impressive; with Mansion ceiling heights being 2.84m (compared to a 2.35m average on other new builds), and Mansion door heights of 2.4m versus 2.1m average.