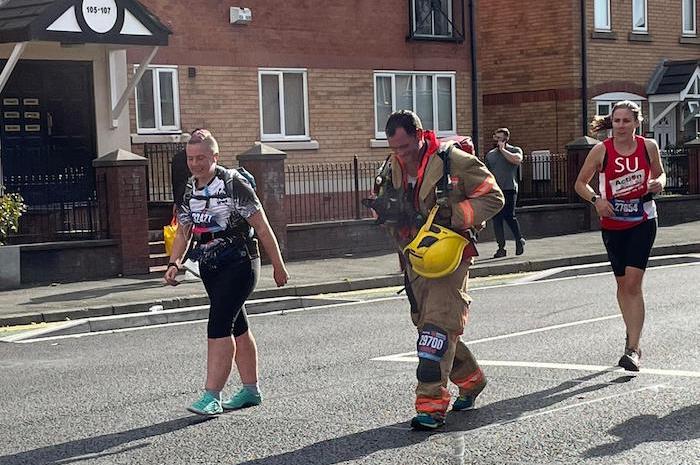 Andy Ball and Ryan Jones, both colleagues at Hindley Fire Station, took part in the marathon on Sunday 10th October, aiming to raise money for Dementia UK and Alzheimer’s Research.

Both firefighters decided to challenge themselves after both of their families were affected by both conditions.

Ryan completed the marathon in six hours and six minutes, while Andy made it to the finish line at approximately seven hours and 40 minutes.

The kit they wore as they ran through Manchester’s streets included heavy breathing apparatus, two jackets and a helmet. 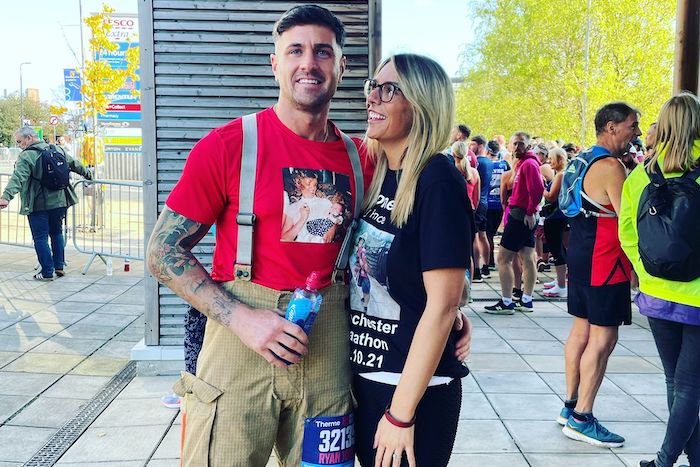 “It was a grind, it was very difficult,” says Crew Manager Andy Ball, 36.

“My game plan was to get to the finish line. The weight of the cylinder and the heat made it very hot.

“There was a brilliant atmosphere, I met some fantastic people. The community was just really great.

Firefighter Ryan Jones, 33, said: “It was tough. The support we got was amazing from the public, runners and everybody there, it was a really good atmosphere.

“Both myself and Andy have personally been affected by dementia and Alzheimer’s and we wanted to do something to raise as much as possible to support research into the disease.”

Since completing the marathon, Andy and Ryan have raised more than £16,000 between them and continue to encourage people to donate what they can.

“Well done to Andy and Ryan, what they have achieved is really impressive and goes to show how Greater Manchester’s firefighters go above and beyond to support charitable causes,” said GMFRS’ Chief Fire Officer Dave Russel.

“The amount they have raised will help support both of these very important charities.”