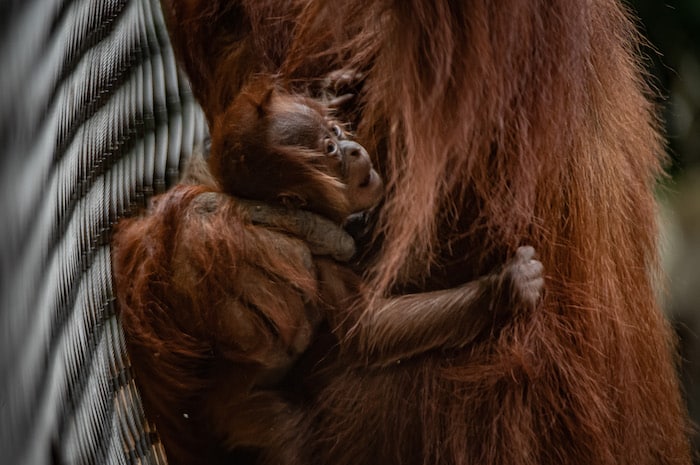 One of the world’s most endangered primates has been born at Chester Zoo.

The youngster – a critically endangered Sumatran orangutan – has arrived to mum Emma (34), following an eight and a half month pregnancy. Dad Puluh is also aged 34.

Primate experts at the zoo say they are yet to determine the sex of the tiny newcomer, who has been clinging tightly to mum since entering the world on Saturday 19th June. 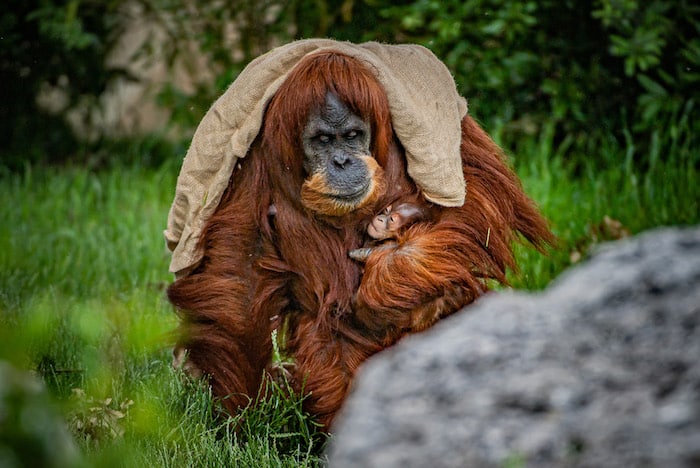 The birth is being celebrated by conservationists around the world, including in the species’ native South East Asia, where fewer than 14,000 of the great apes remain in the wild.

Sumatran orangutans are listed as critically endangered by the International Union for the Conservation of Nature (IUCN) and face an extremely high risk of extinction.

First of its kind

The baby is first of its kind to be born at the zoo since its group of Sumatran orangutans moved back to their ‘Monsoon Forest’ home – nine months after the UK’s largest zoological building was restored to its former glory following a tragic fire in December 2019.

Chester Zoo is currently the only zoo in mainland Britain which cares for Sumatran orangutans. 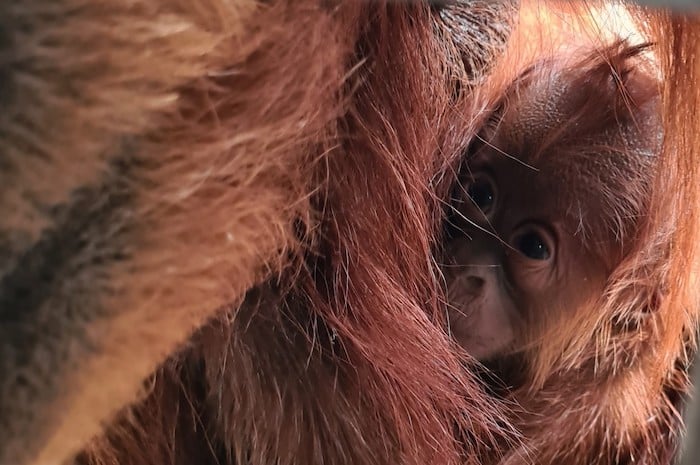 “Sumatran orangutans are one of the world’s most threatened large mammals and so the safe arrival of a new baby is an incredibly special moment,” said Claire Parry, one of the zoo’s specialist Primate Keepers.

“Emma is an experienced mum and already she’s formed a really close bond with the little one – it’s wonderful to see her cradling it so gently.

“The youngster is a vital boost to the international conservation breeding programme, which is working to ensure a safety-net population for these critically endangered animals within the world’s most progressive zoos.

“Crucially, we also hope the baby will help us to raise more awareness about the destruction of rainforests in South East Asia that is driving this magnificent species, and many others, towards extinction.”

Why are orangutans endangered? 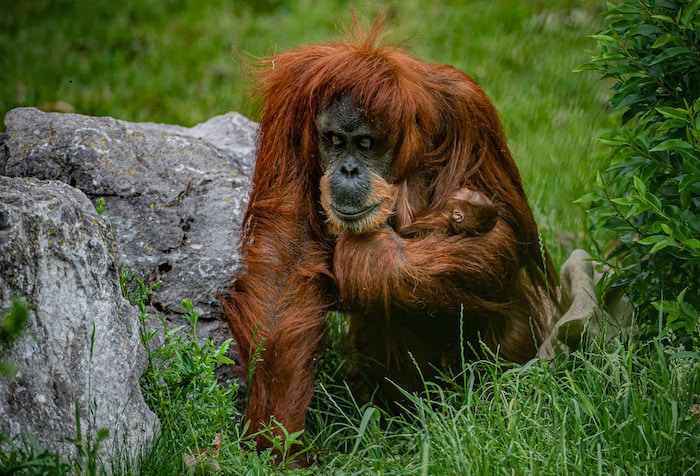 The Sumatran orangutan is one of the world’s most endangered great apes, threatened by hunting, illegal logging and habitat loss as its rainforest home is cleared to make way for palm oil plantations.

Palm oil is a highly efficient oil that is found in more than 50% of supermarket products globally. As the demand for unsustainable palm oil intensifies, orangutans are increasingly being edged towards extinction.

A team of conservationists at Chester Zoo are working in Indonesia, alongside sustainable palm oil farms and NGOs, to help prevent further deforestation.

“For many years now our teams at the zoo have been working with palm oil suppliers in the UK, and with partners and NGOs in Indonesia, to encourage the growing of sustainable palm oil,” said Nick Davis, Deputy Curator of Mammals at the zoo.

“We want there to be no further deforestation and, where palm oil plantations do already exist, we want them to include wildlife safe corridors to allow animals to move through them freely. 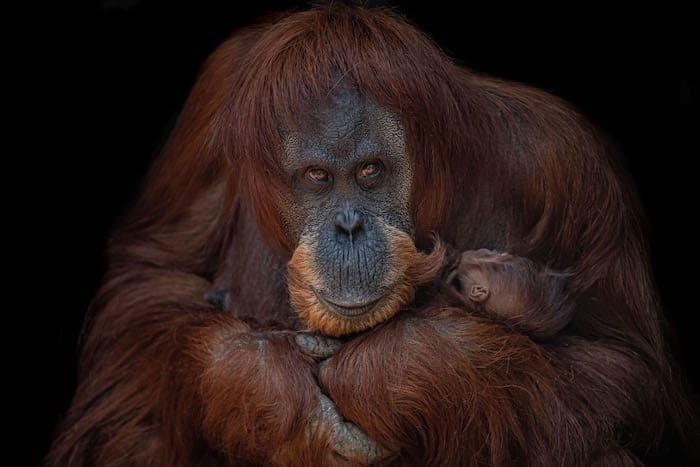 “With the help of our partners, we have also started to reconnect areas of rainforest by replanting native trees back into the ground where they once stood.

“With palm oil being such a widely used product, people power is key in turning the tide if we’re to save these charismatic animals.

“Like most of the products we buy, if consumers demand certified sustainable alternatives, then suppliers will quickly change their ways and practices – bringing an end to the destruction some of the most treasured ecosystems on the planet.”

The city of Chester became the world’s first Sustainable Palm Oil City after conservationists at the zoo completely revamped the supply chains of businesses in the area to only include palm oil from sustainable, deforestation-free suppliers.

The project is now being used a blueprint in other communities in the UK in a bid to save South East Asia’s most precious wildlife.