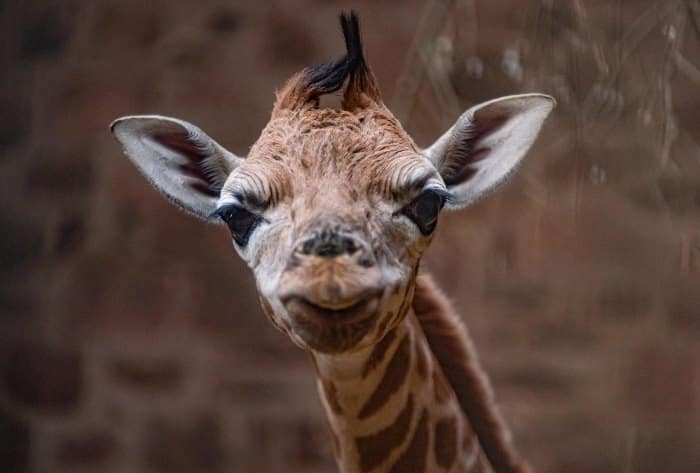 The birth of a rare baby giraffe has been caught on camera at Chester Zoo.

The leggy new arrival – a rare Rothschild’s giraffe – was born to mum Orla at 3am on 3rd March 2021, landing onto soft straw from a height of around 2m (6.5ft).

Incredible CCTV footage captured the special moment the young male calf entered the world, as well as his wobbly first steps and his precious first suckle. 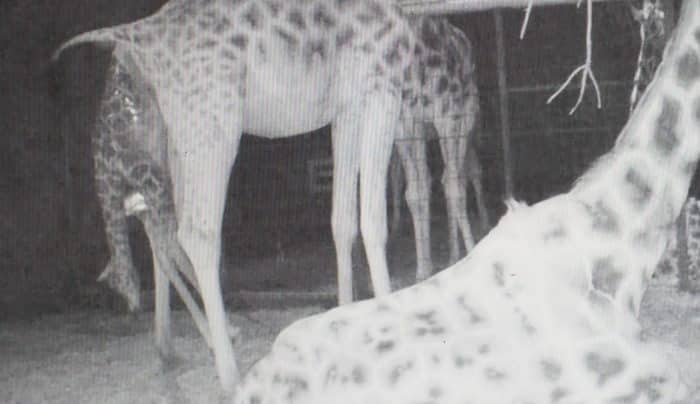 Already standing at 6ft tall and weighing 70kg, giraffe experts say he will grow to be 18ft and weigh over 1000kg.

“Giraffes give birth standing up and so their young receive quite a welcome to the world, dropping around six feet to the ground,” said Sarah Roffe, giraffe team manager at the zoo.

“Although this seems like a long way, the fall actually breaks the umbilical cord and helps to stimulate the calf’s first breath – it’s a dramatic entry but it’s just how they do it! 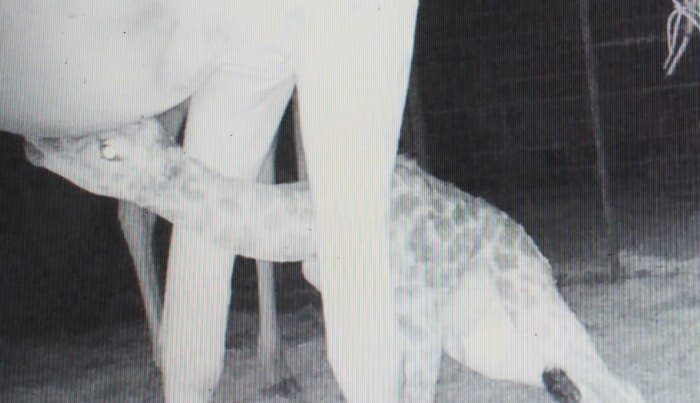 “The new calf has arrived at the end of a 15-month pregnancy for mum Orla and already he stands at 6ft – he could grow to be up to 18ft tall.

“Orla, an experienced mother, has slipped back into the role like a natural. She’s doing everything right, and it’s lovely to see the close bond between the two of them.

“This latest arrival joins a group of eight Rothschild’s giraffes at the zoo and it’s always an exciting time for the herd when a new calf arrives. 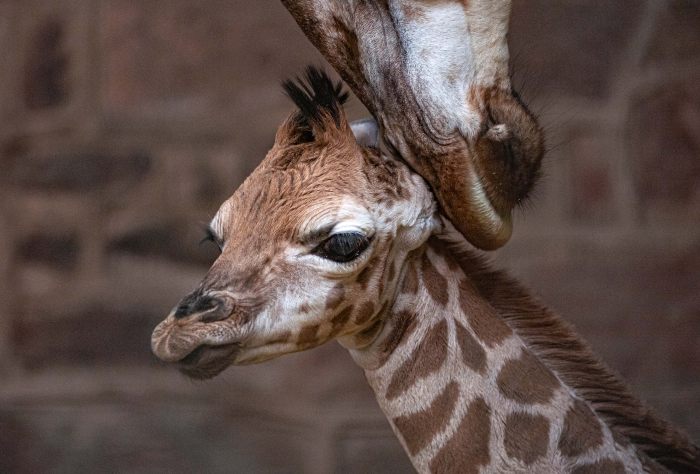 “Two of the older females, Dagmar and Tula, appear to have taken on the role of protective aunties, helping Orla to watch out for the newborn.

“The other youngsters in the group love running around together and so, as soon as the calf starts to increase in confidence and venture outside, I’m sure they’ll enjoy having a new playmate around.”

The Rothschild’s giraffe is highly threatened and its population has suffered a 50% decline in recent decades, making it one of the world’s most at-risk mammals.

Experts estimate that as few as 1,600 remain across Africa with the International Union for the Conservation of Nature (IUCN) citing habitat loss and poaching as two of its biggest threats. 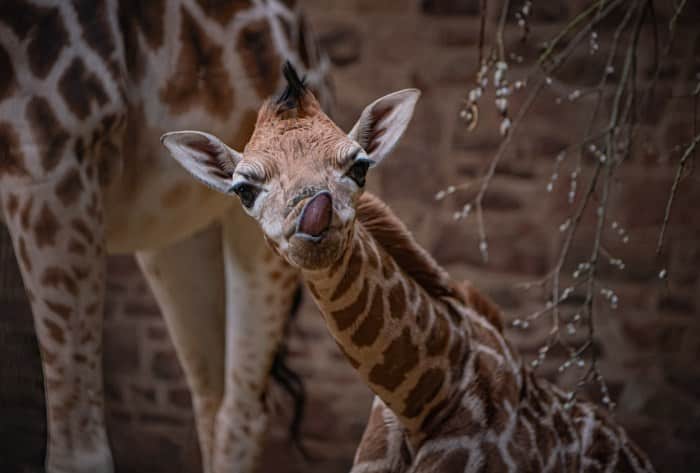 Chester Zoo has a long history of protecting Rothschild’s giraffes in the wild, working with the Giraffe Conservation Foundation and the Uganda Wildlife Authority in Uganda.

Despite recent challenges created by the coronavirus pandemic, the team has just reported a sixth consecutive yearly increase in giraffe numbers in the areas where the zoo and its partners work.

“Once wide-ranging across Kenya, Uganda and Sudan, the Rothschild’s giraffe has been almost eliminated from these areas and now only survives in a few small, isolated populations,” said Mike Jordan, director of animals and plants at the zoo. 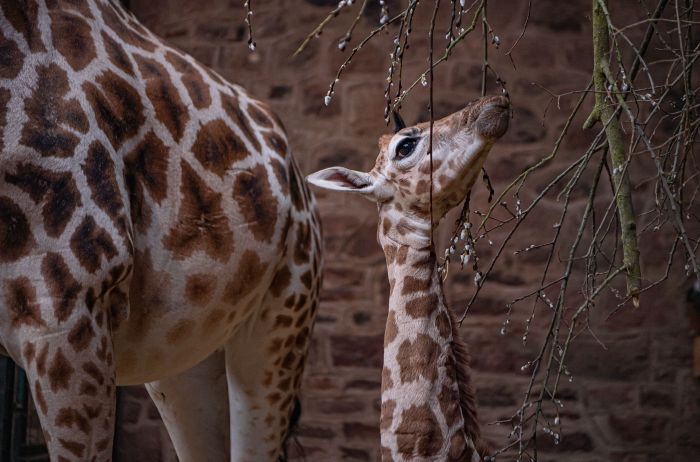 “Encouragingly, they are starting to recover with the support of conservation programmes such as those supported by Chester Zoo but they’re still threatened with habitat loss and an ongoing poaching crisis, which has seen giraffes hunted for their tails to be used as good-luck charms.

“Working with The Giraffe Conservation Foundation and Uganda Wildlife Authority to monitor, track and protect the giraffe population in Uganda’s Kidepo Valley National Park, we’re delighted that even with the challenges the pandemic has thrown our way, numbers are slowly increasing.

“It’s positive news and we must push on and do all we can to help prevent the extinction of these gentle giants.”