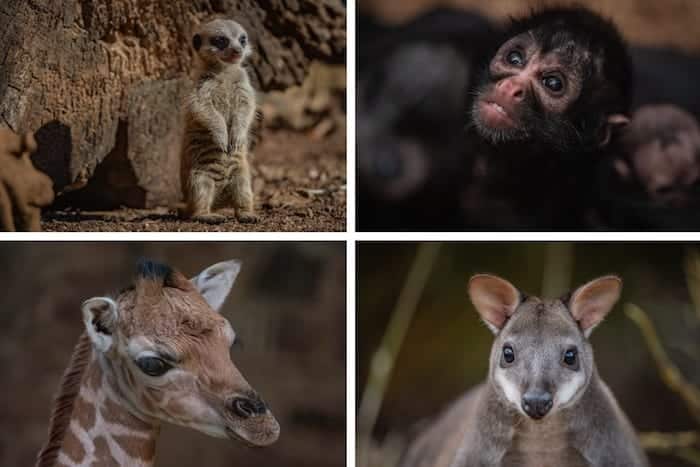 Who can resist a cute baby animal? Chester Zoo is full of new arrivals this summer.

From leggy baby giraffes to tiny meerkats and an endangered monkey clinging to its mother, here are the animals you mustn’t miss on your next trip.

All together now, say ‘awwwww.’ 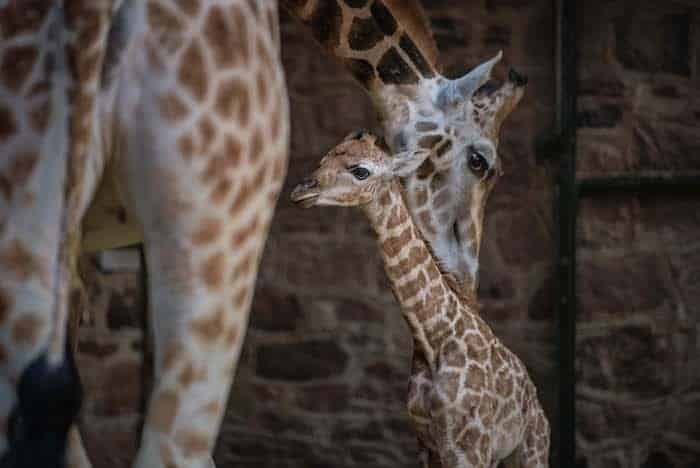 A young female described by keepers as “full of energy” was the second Rothschild’s giraffe to be born at the zoo in the space of just two months.

She came hot on the heels of her eight-week-old brother, Mburo.

Mburo was born to mum Dagma who, after a fifteen-month pregnancy, dropped her new calf six feet to the floor, where it landed on a bed of soft straw. 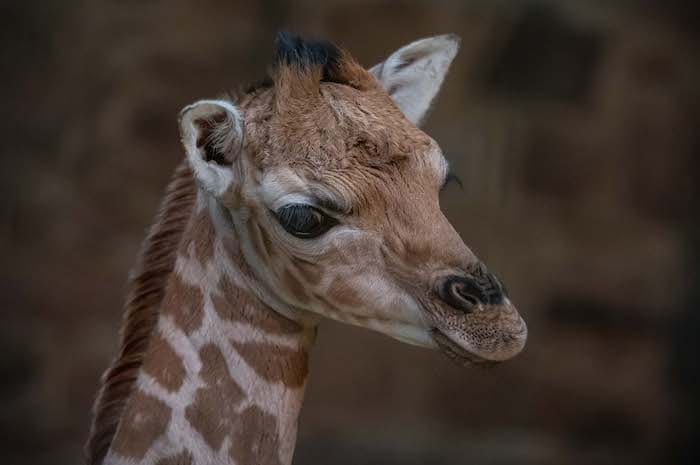 He was up on his feet and suckling for the first time just over an hour later.

Keepers named the female calf born shortly afterwards ‘Karamoja’ after the region in Uganda where zoo conservationists are working to protect some of the last remaining populations of wild Rothschild’s giraffes in Kidepo Valley National Park.

Rothschild’s giraffes are one of the world’s most at-risk mammals with fewer than 2,650 remaining. 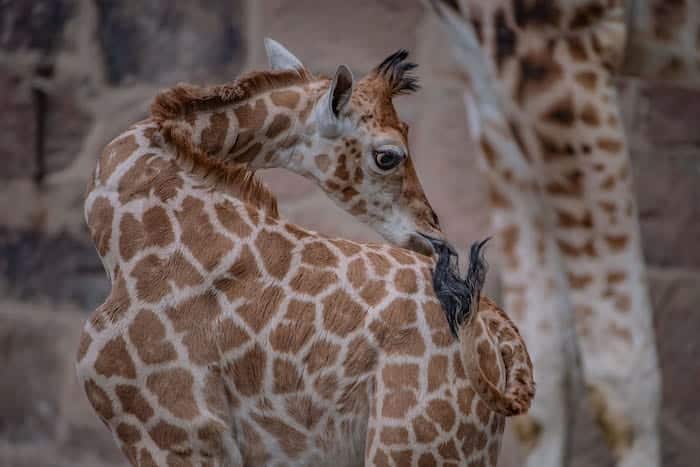 Karamoja, or ‘Mojo’ as the keepers have been calling her for short, is small compared to the adult giraffes, but not as tiny as you might think.

At just one week old she already stood at just over 6ft tall and weighed more than 80kg. 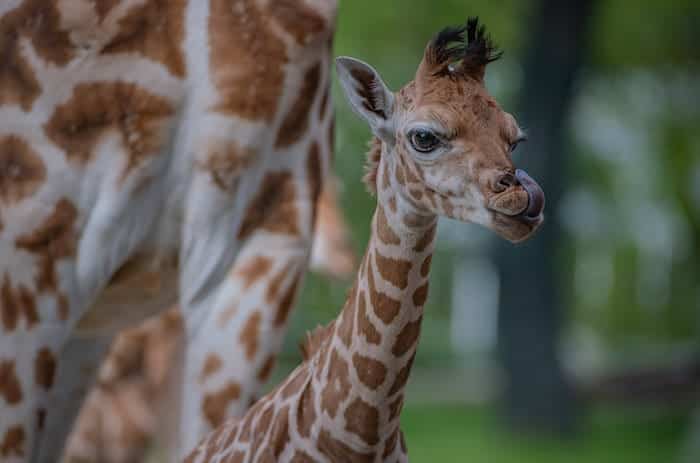 “The birth of a Rothschild’s giraffe is always reason for huge celebration, particularly given how few they number in the wild,” says Mike Jordan, collections director at the zoo.

“But to have two born in the space of just eight weeks, one male and one female, is a terrific double boost for the breeding programme that’s part of a coordinated effort to prevent their extinction.” 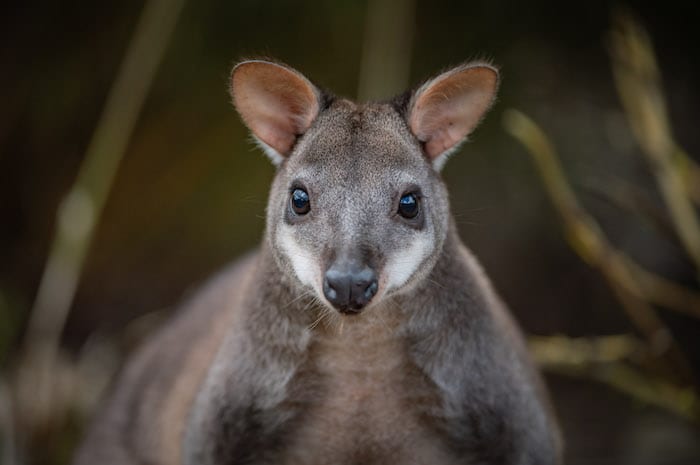 The zoo welcomed its first dusky pademelon in April – a rare ‘miniature kangaroo’ from Indonesia, born to dad Kai and mum Styx.

Also known as dusky wallabies, the small, hopping marsupials are found in forests in New Guinea and neighbouring islands.

Infants are born 30 days after mating and then continue to grow inside their mother’s pouches until they fully emerge at around seven months.

“Just like kangaroos and other marsupials, newborn dusky pademelons will climb up to the safety of mum’s pouch to nurse when they are merely the size of jellybeans,” says Dave White from the zoo.

“The joey here – the first to ever be born at the zoo – has just started to peek out from mum Styx’s pouch. She’s a first time mum and it’s really lovely to see her hopping around with her new baby.”

Once the joey starts to hop around on its own two feet, keepers will discover whether it’s a boy or a girl and choose its name.

“Relatively little is known about the dusky pademelon and we’re working to better understand these fantastic animals,” says Tim Rowlands, the zoo’s curator of mammals.

“Through the scientific observations we’re making at the zoo, and all that we’re learning as mum brings up her new joey, we’re able to better document dusky pademelon behaviour.

“This could help other conservation teams to ensure its long-term survival in the wild.” 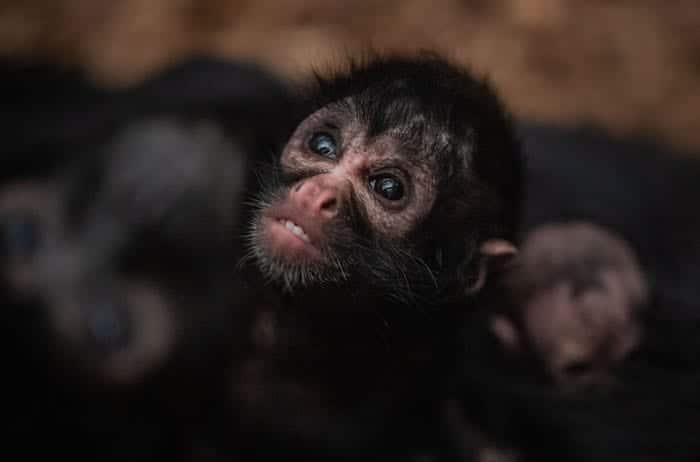 Colombian black-headed spider monkeys are listed as critically endangered, with 80% of their population estimated to have been lost in the last half a century.

So a new baby born at the zoo in March to mum Faye and dad Popoyan was an important boost to the international breeding programme for the highly threatened species. 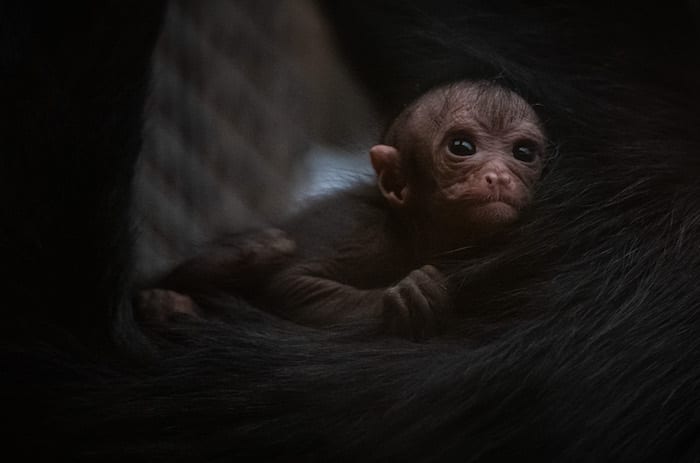 The tiny infant, spotted clinging to its mother, will be cared for by her until around the age of 20 months.

“Mum Faye is ever so attentive and is taking great care of her little one,” says Dr Nick Davis, deputy curator of mammals at the zoo. 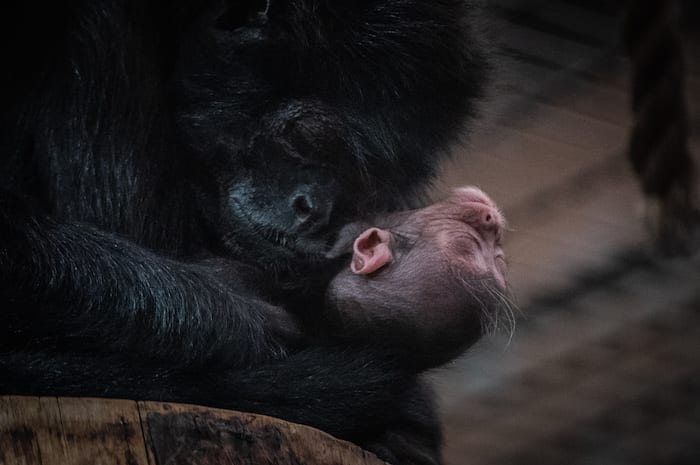 “She appears to have really taken to parenthood – she’s doing all of the right things and will provide around-the-clock care to her baby for the next 18-24 months before it becomes fully independent.

“It’s great news and an important boost for the international breeding programme for these highly threatened animals.” 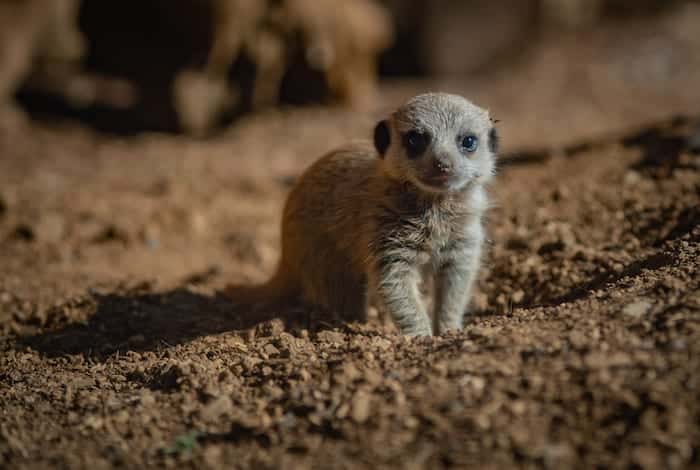 Usually found in the deserts and grasslands of the southern tip of Africa, meerkats have soared in popularity since a certain ubiquitous TV commercial.

And the arrival of some new babies has made them even more of a must-see when at the zoo. 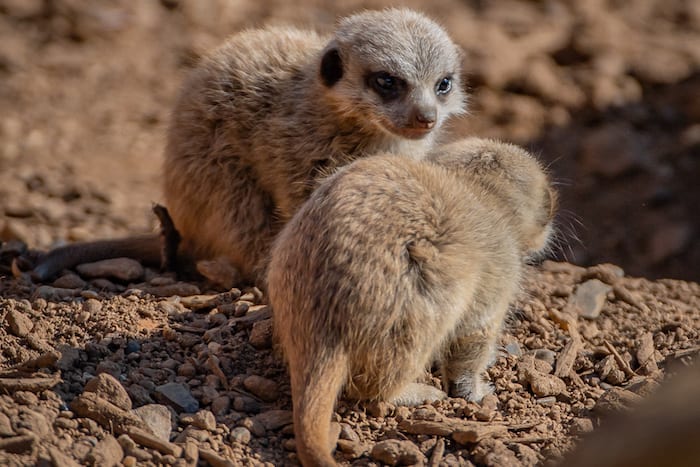 Meerkats are a social bunch, living and working together.

The squirrel-size members of the mongoose family live in groups of different sizes, from as little as three to as big as 50 members. 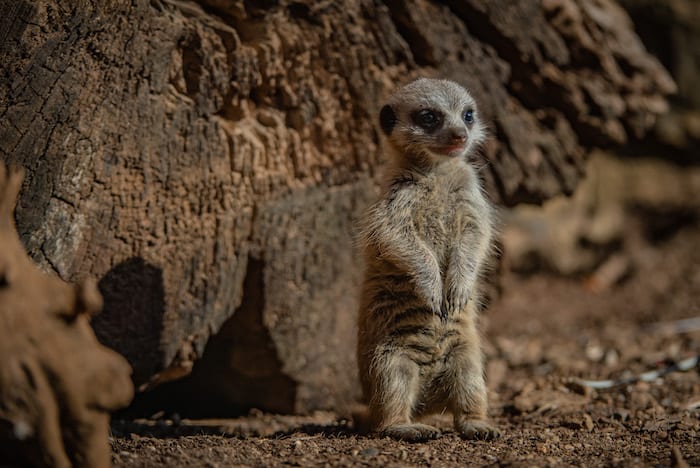 While the rest forage for food, one of the meerkats (or sometimes a few), called a sentry, will find a high point, and perch on its back legs to look for predators.

They take babysitting duties in turns, protecting the young pups from meerkats in rival groups.

You can compare the meerkats and meet the rest of the zoo babies at Chester Zoo this summer.