The award-winning documentary on Emmeline Pankhurst that played out as the new statue of the suffragette was unveiled in Manchester on Friday is to be sent to ALL secondary schools across Greater Manchester.

The BBC film is the first to explore in detail the history and legacy of Moss Side’s Emmeline who fought tirelessly for women’s right to vote.

Now, Greater Manchester Mayor Andy Burnham is ensuring that free copies of the film are sent out to all secondary schools across the region to ensure that Emmeline’s legacy lives on.

It is hoped the hard-hitting documentary will inspire the next generation of young people – particularly young girls and women – to make their voices heard louder than ever before, following on from the 100 year anniversary of some women winning the right to vote.

Mayor of Greater Manchester, Andy Burnham, said: “We’re still marching here in Greater Manchester and the fight for true gender equality is still going strong. I want girls and young women living and growing up here to feel that this place belongs to them, and that their voices are heard here louder than ever, especially in the heart of politics and policy making.

“It’s only right that Emmeline’s legacy lives on beyond this centenary year, especially in her home city region. She was a fearless working mum from Moss Side who fought for her rights, demanded she be listened to, and forced change to happen. She was a true inspiration and always will be.

“Greater Manchester is no stranger to leading change, and people power will always drive forward our future. We’re funding this DVD because we want our young people to understand why it’s so important to stand up, to vote, and to push for change you believe in.” 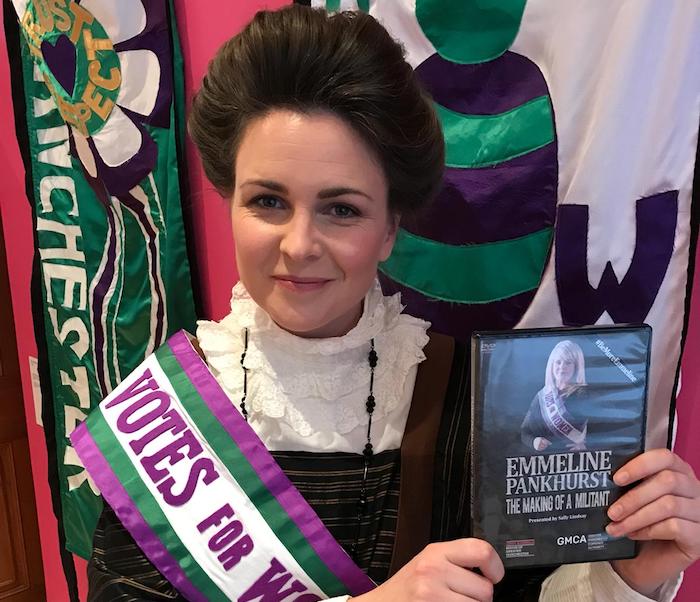 Produced for the BBC, and presented by former Coronation Street star Sally Lindsay, the documentary takes a rare look at the fearsome, fearless Emmeline Pankhurst who fought so hard for women’s right to vote.

With the help of Emmeline’s surviving relatives, including her great-granddaughter Dr Helen Pankhurst, Sally delves deep into the archive to reveal Emmeline’s roots in radical Victorian Manchester: a city brimming with political activists where women set up the first meetings and societies demanding the vote, years before the Suffragettes.

Actress Frances Tither portrayed Emmeline in the documentary which first aired on the BBC in the summer, and attended the unveiling of the statue on Friday dressed as the suffragette icon once again.

Sally Lindsay said: “It’s been an honour and a privilege to discover and to celebrate this extraordinary woman. Emmeline is a Mancunian and global heroine, but I think she’s more than that, she is in the ink of the cross of every vote a woman has made in this country.

“I would like everyone to know her story better and realise just how powerful suffrage is.” 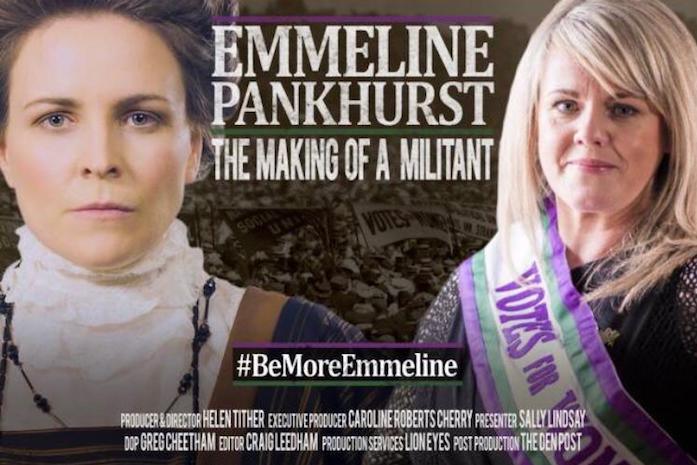 An event to launch the DVD was held at the Pankhurst Centre in Manchester, the former home of Emmeline Pankhurst and her family, and the birthplace of the suffragette movement. It’s now a museum dedicated to Emmeline’s life and her achievements.

Gail Heath, Chief Executive of the Pankhurst Trust, said: “The story of who Emmeline Pankhurst was, what made her and drove her onwards is a story that will inspire young people to find their own voices and to stand up for what they believe in.

“So I am delighted that through the support of the Mayor of Greater Manchester, Andy Burnham, that young people in schools across Greater Manchester will be able to watch her extraordinary journey unfold in the powerful documentary, Emmeline Pankhurst: The Making of a Militant.”

The sculpture of Our Emmeline, designed by Hazel Reeves, was unveiled on Friday on the exact day 100 years ago that the first women voted in a UK General Election for the first time. 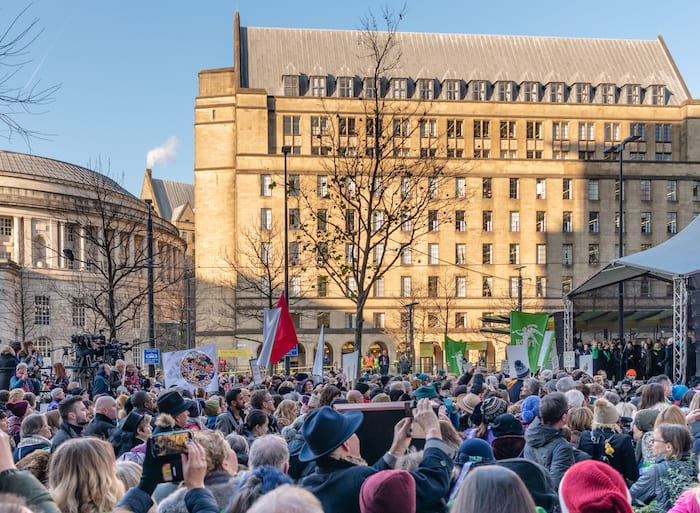 It is the first female statue to be erected in Manchester since 1901, and thousands of people marched to St Peter’s Square to watch as the monument was unveiled for the first time, with the documentary film playing on big screens in the lead up to the big moment.