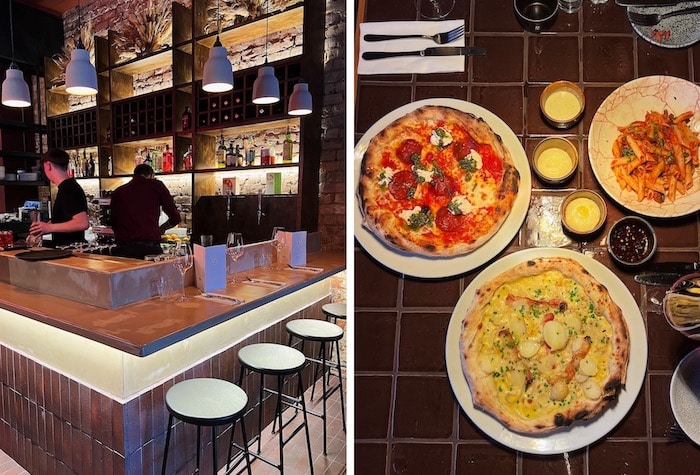 A new pizzeria has opened in Prestwich, from the team behind Elnecot in Ancoats.

Dokes Pizzeria on Bury New Road is the latest opening in the Dokes portfolio, having originally launched in the Society food hall on Barbirolli Square last year.

The new restaurant seats 40, with booth and table seating and an open plan kitchen allowing diners to watch the chefs in action. 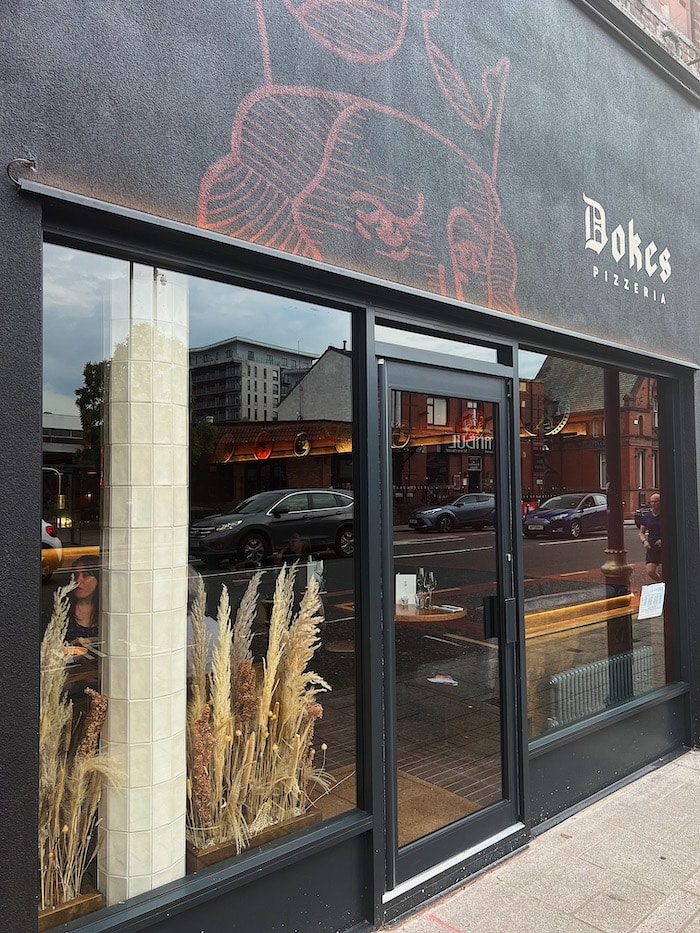 British produce takes centre stage on the menus, and chef-patron Michael Clay has worked with a long list of incredible producers and suppliers.

Cheeses come from every corner of the country, salamis and nduja from Curing Rebels in Brighton, creamy British burrata from the home counties, and exquisite truffles from Wiltshire.

There’s a separate daytime and evening menu including a selection for kids, as well as brunch at weekends – with the option to go bottomless. 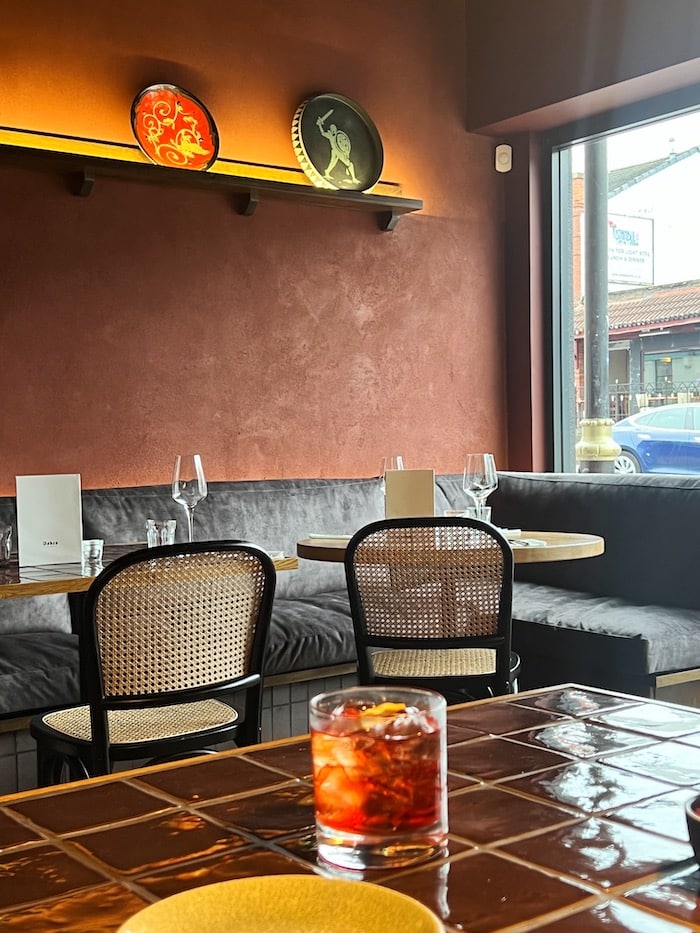 From the evening menu, we start with an appetising selection of pickles using vegetables from Cinderwood Farm in Cheshire – crunchy soy pickled cucumbers, sugarsnap peas and the tops of sweet red Tropea onions pickled with parsley stalks – on a bed of creamy sheep milk ricotta that’s been flavoured with lemon thyme (£6).

Crisp, golden croquettes change weekly (£6 for three), and on our visit they’re stuffed with Yorkshire lamb and pork that’s been slow cooked with a touch of fennel and sorrel, served on a parsley, lemon and mint mayonnaise. 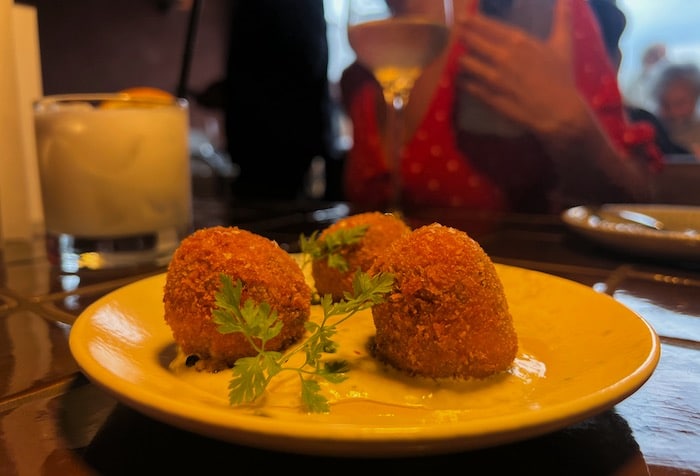 A colourful summery salad (£8) consists of golden beet, peach, endive and almond, served with or without Chepyn blue cheese depending on whether you want to make the dish vegetarian or vegan.

Pasta of the week (around £12) uses vegan pasta supplied by the wonderful Yorkshire Pasta Company.

But the star attraction, unsurprisingly, is the pizzas (from £8). 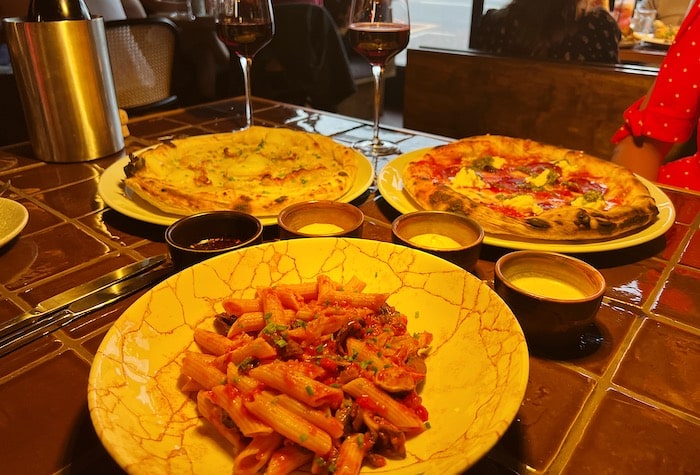 The dough at Dokes Pizzeria is made using extra virgin rapeseed oil from Yorkshire and a blend of flours, using British heritage grains from Gilchesters organic farm in Northumberland, as well as Shipton Mill in Gloucestershire.

Toppings range from local fennel and leek sausage with purple broccoli and pecorino cheese to wild, seasonal mushrooms with confit garlic and truffle – and there’s even a ham and pineapple pizza, albeit a rather classy one with prosciutto cotto, confit onion, caramelised pineapple and basil.

Rich, creamy and deeply comforting with its carbs on carbs, it’s utterly delicious. 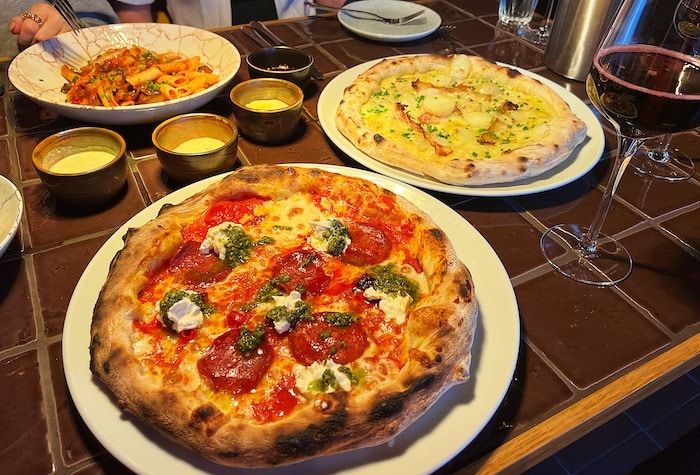 As is the spicy Beowulf (£12), topped with pepperoni and nduja made in Brighton as well as chilli, British burrata and pesto.

Desserts are no afterthought, either, from caramelised peaches with mascarpone and mint (£6) to a squidgy chocolate brownie with salted caramel ice cream (from Grandpa Green’s in Diggle) and popcorn.

There’s also a selection of British cheeses (£9) with crackers and chutney. 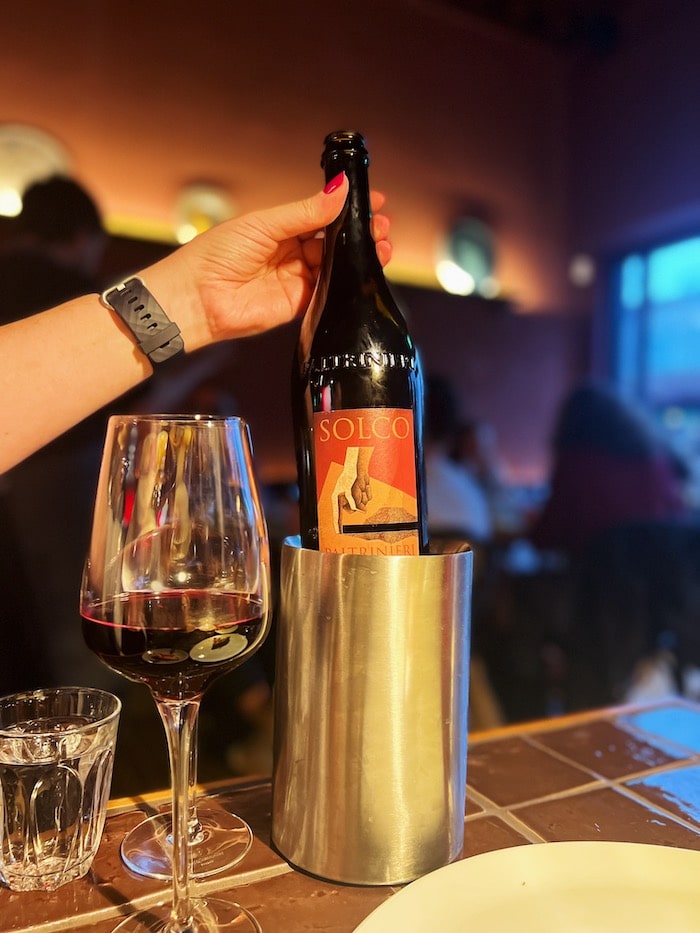 And the drinks list includes a selection of classic cocktails as well as wines by the glass and bottle, beers and spirits.

This is classic Italian cookery, with a distinctly British accent.

Dokes Pizzeria is open now at 449A Bury New Road, Prestwich, M25 1AF. Find out more and book at dokespizzeria.co.uk.