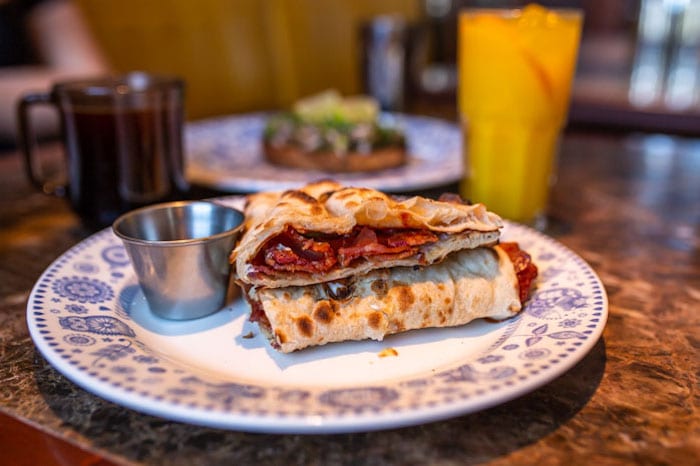 Mornings just got a whole lot better, as Dishoom has launched a brand new breakfast menu this month.

Lovers of bacon naan rolls will rejoice at the upgrades to the cult breakfast classic, while vegans can enjoy plant-based makeovers of signature dishes alongside the introduction of brand-new breakfast dishes. 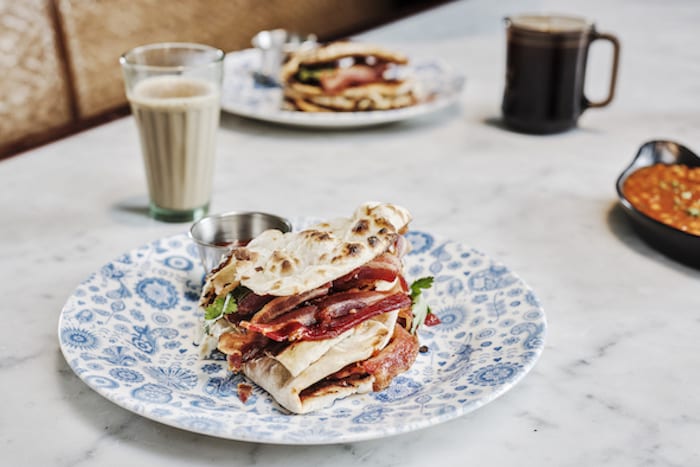 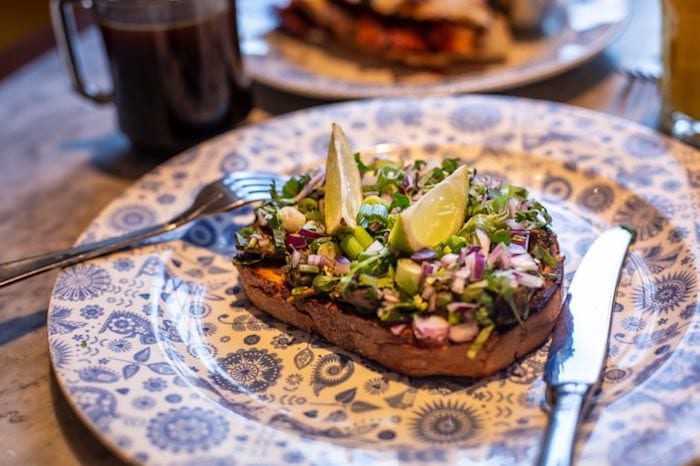 Don’t worry, though. The original bacon, sausage or egg naan rolls still appear on the menu. And now vegans can join in the fun with the introduction of a new vegan sausage naan (£6.50).

The menu also sees the introduction of some new signature breakfast dishes.

Hearty chicken livers on toast (£7.50) is made to chef Naved’s much-loved family recipe, while those sweeter-of-tooth will welcome the sweet appam stack (£7.90). 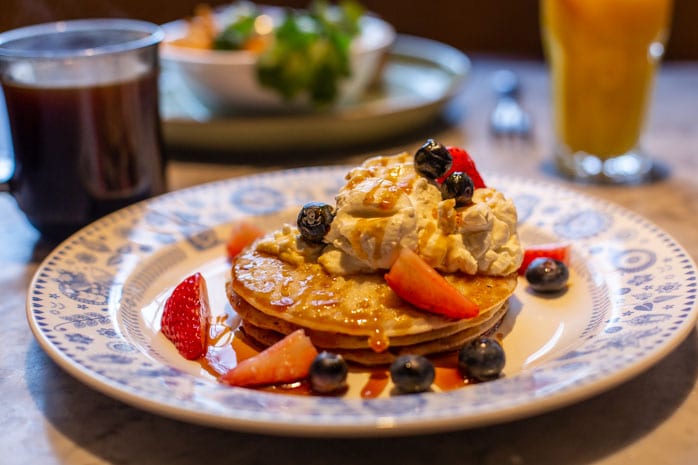 There’s more for vegetarians to enjoy, too. Soy keema no eedu (£10.50) consists of spiced meat-free keema with sali crisp-chips and homemade toasted pau buns, while vegan akuri (£7.20) is an eggless version of Dishoom’s spicy breakfast scramble. 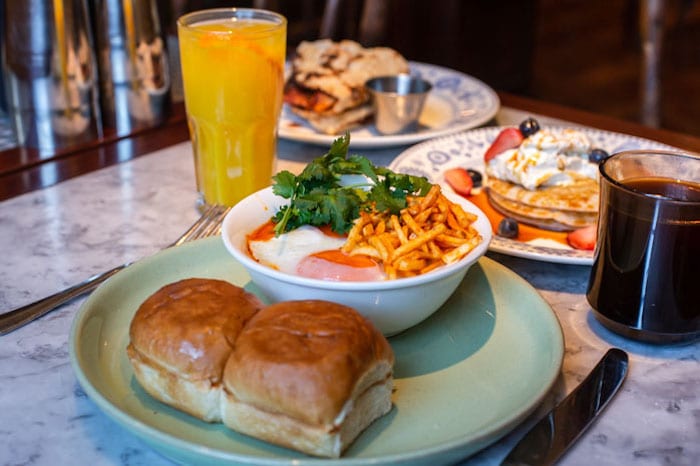 Then dive into a platter of sharing naans, spicy keema studded with chicken liver and topped with runny-yolked fried eggs and crisp-chips, or spiced scrambled eggs with toasted buns. 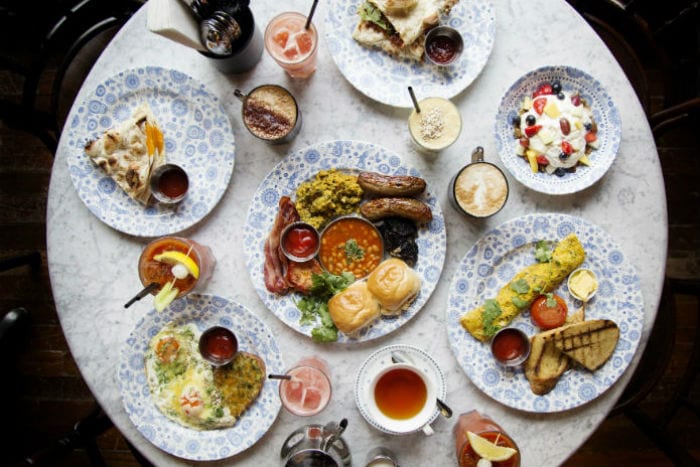 And buying breakfast is a charitable act, too. As if you needed any more of an excuse.

For every meal served, the team will donate a school meal to a child who would otherwise go hungry. A meal for a meal. Dishoom work with two charities, the Akshaya Patra Foundation in India and Magic Breakfast in the UK, who provide nourishing meals to children in schools.

Dishoom’s new breakfast is available now. The weekend breakfast feast for two or more guests is available from 9am to 11.45am on Saturday and Sunday mornings, and priced at £20 or £22 per guest depending on whether you opt for non-alcoholic or alcoholic drinks.