But it didn’t take long for the positive people of Manchester to respond with messages of resilience.

An England flag with the words “Hero. Inspire. Love not hate. We’re proud of you Marcus, you’re a true inspiration,” has been pinned to the wall.

Another with the words “do you realise, that you are a CHAMPION in our eyes?” sellotaped to the wall. 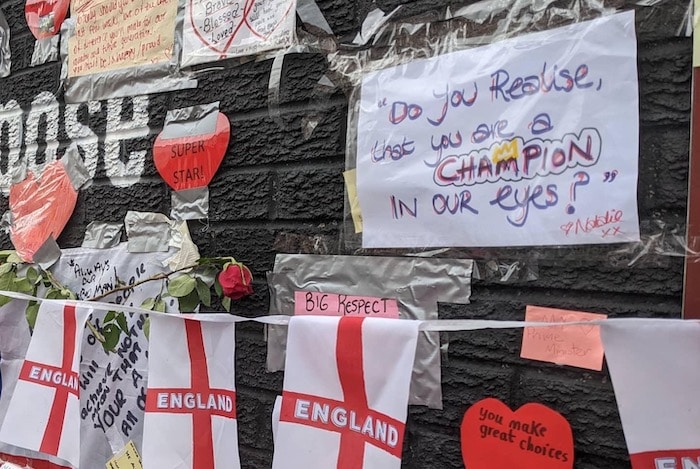 The iconic mural was created by the street artist AkseP19 as part of the Withington Walls Project and the community needs help to raise funds to repair and protect the mural that has inspired so many.

“We woke this morning to discover that someone had taken a spray can to it. Please help us fund the repair of the Marcus Rashford mural after it was vandalised following England’s defeat last night.

“The England team may have lost, but they have done us proud on and off the pitch. This team has shown us the nation we can be, and they have proved that diversity is our strength.” 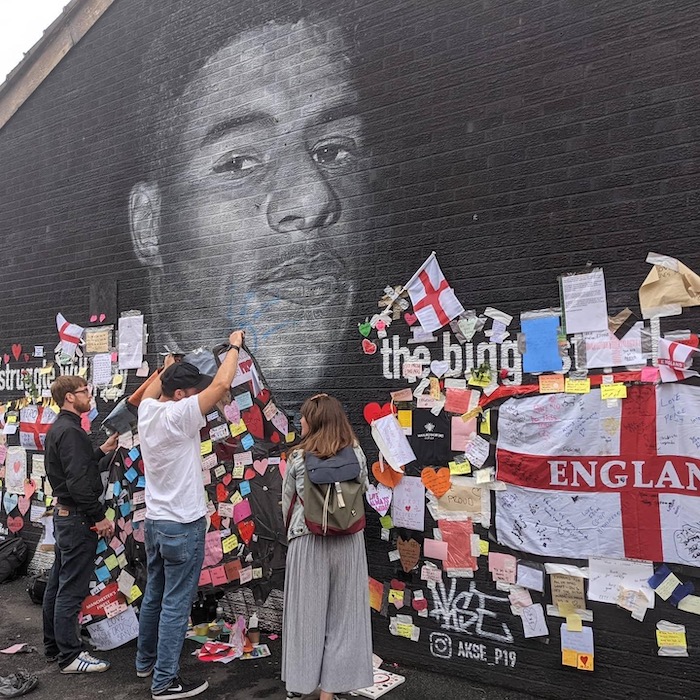 The Manchester United and England striker tweeted tonight to express his gratitude for all the positive messages:

“The messages I’ve received today have been positively overwhelming, and seeing the response in Withington had me on the verge of tears. The communities that always wrapped their arms around me continue to hold me up.

“I’m Marcus Rashford, 23 years old, [a] black man from Withington and Wythenshawe, South Manchester. If nothing else, I have that.”

Even Manchester City waded in with a message of support:

“All of Manchester and all of England is proud of you, Marcus.”

The Crowdfuner target set by Withington Walls is £25,000 and there are just under two weeks to raise the funds.

“We are unsure how much it is going to cost at this stage to repair,” continued Withington Walls, “but anything raised beyond what it costs will likely be spent on funding CCTV coverage, protective paint or further artworks in the village. Any funding raised beyond our needs will be donated to anti-racism and food bank projects.” 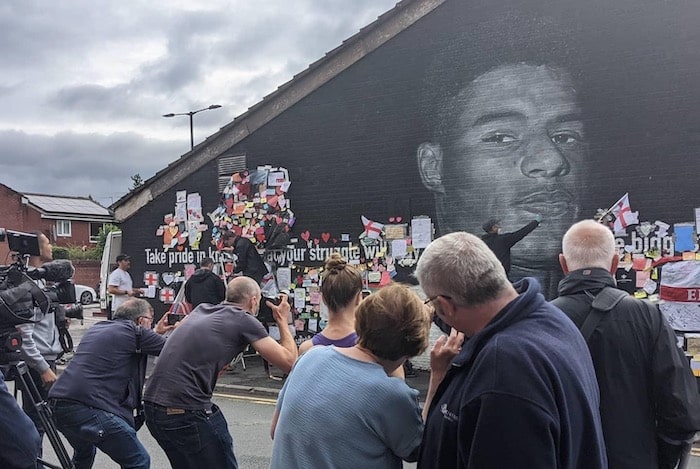 Many people locally have been adding comments of support to the wall.

Marcus, you are great. Let’s make ‘Help us Repair the Marcus Rashford Mural’ happen and donate on the Crowfunder page.