Cher is coming to Manchester! When to get tickets 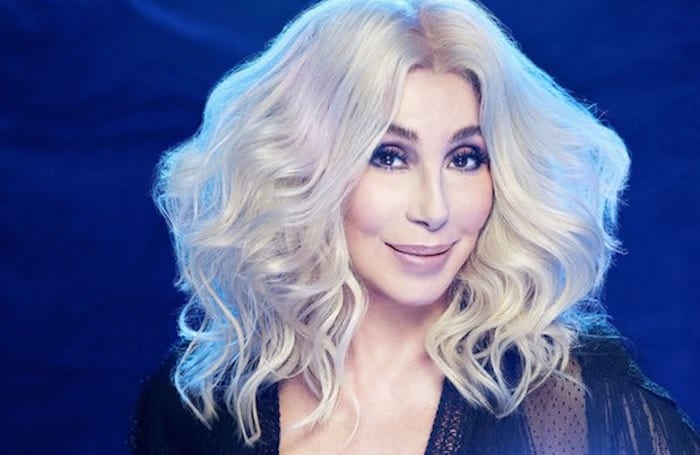 Global music icon Cher is coming to the UK on tour for the first time in 14 years – and it will include a night in Manchester.

The chart-topping singing superstar will head to the UK with her Here We Go Again tour in 2019 – including a concert at Manchester Arena on 24th October.

Cher, who holds the UK Record for the biggest selling single of all time by a female artist for Believe, will treat audiences to an array of hits from her huge repertoire as well as new songs from the Dancing Queen album – Cher’s tribute to the music of ABBA –  which is out now.

Cher said:  “I’m very excited to bring this show to the UK. It was the first country to embrace Sonny and Cher, and it’s where we created and had our first success with Believe. It’s really my second home.”

Following the recent global success and rave reviews for Cher’s role in the Mamma Mia 2 – Here We Go Again film, the multi-award winning singer, actress and show-stopping performer will be sure to thrill her fans when she arrives here next year.

Launching her career in the 1960s as part of Sonny and Cher, the iconic superstar made unprecedented strides in what had long been a male-dominated industry and continues to reign supreme as one of the world’s greatest entertainers.

A worldwide superstar for more than five decades, Cher has sold more than 100 million records and conquered more challenges than a handful of other talents combined – recording, concerts, film, Broadway acting, television and directing.

The UK leg of her world tour will start at London’s 02 Arena on 20th October 2019 before Manchester Arena on 24th October, and will then head to Birmingham Arena on 26th October, Glasgow’s SSE Hydro on 28th October and the First Direct Arena in Leeds on 30th October.

Tickets for go on sale on Friday 14th December at 10am.

It’s one of a raft of huge music gigs recently announced for Manchester in what is shaping up to be an exciting 2019, with appearances from the likes of Hugh Jackman, Noel Gallagher and Take That in the year ahead.